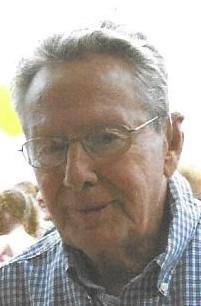 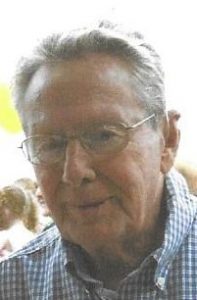 Massachusetts to George and Elizabeth Haley (Sketchley). He served in the United States Army during the Korean War and was stationed in Germany. After his time in the service John worked at Stanley Home Products for 10 years and then worked at Center School in East Granby, CT until retirement. In 1954 he married Elaine Gresty (Flagg). They raised two children, Thomas and Susan. John had a passion for woodworking and built the first house his family lived in. He also enjoyed gardening and took pride in the vegetables and flowers he planted over the years. He treasured his time spent with friends and family. He never missed a day signing the book at the American Legion Post 124 or going to Dunkin Donuts to catch up with old friends over coffee. He was known for his quick wit and stories from his past.

He was preceded in death by his parents, George and Elizabeth, his brothers, George and Robert (Red), and his sister Elizabeth (Betty or Sis). He is survived by his son Thomas Haley and his wife Lynn of West Springfield, his daughter Susan Davenport and her husband Mark of Venice, Florida. He leaves behind his three grandchildren: Steven Haley and his wife Hope of Westfield, Amanda Connors and her husband Sean of North Canton, Ohio, Jillian Perry of West Springfield, and four great-grandchildren: Tanner and Alexis Haley, Garrett and Anson Connors. He also leaves behind several nieces and nephews and his beloved cat Shadow.