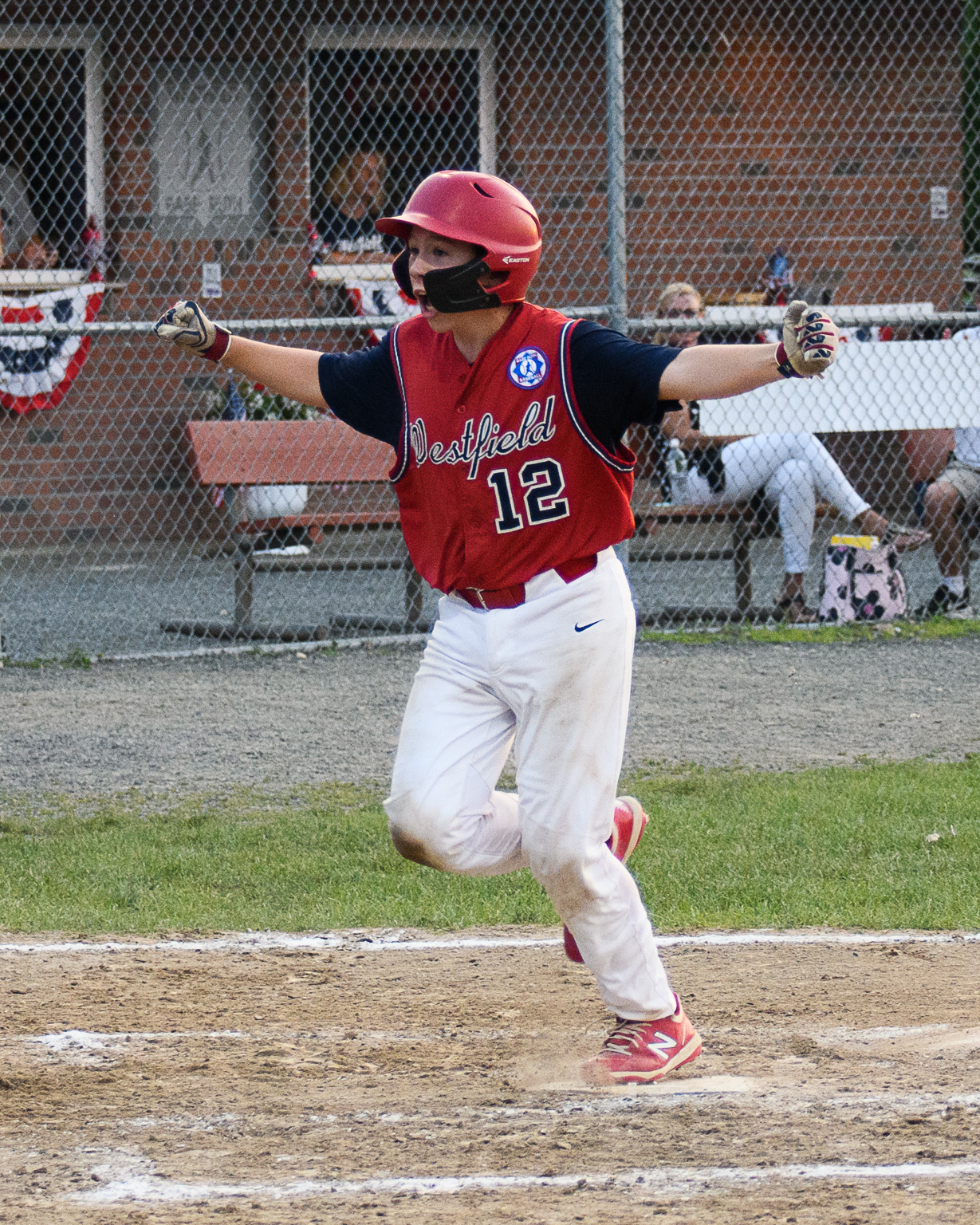 WESTFIELD – The Babe Ruth 13-Year-Old New England Regionals tournament has come and gone for the host team, Westfield All-Stars.
Keene (N.H.) eliminated Westfield 7-6 in a matchup of winless teams in the final game of pool play Monday night at Bullens Field. Keene pitcher Conrad Smith scattered three hits in five full innings to earn the victory. His team gave him a lead and he kept Westfield (0-3) at bay. 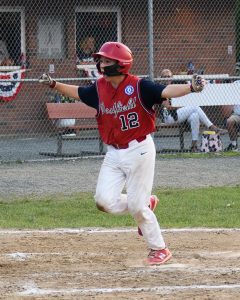 After two scoreless innings to begin the game, Smith reached on an error and advanced another base on a passed ball. Solis Bergquist grounded out, scoring Smith.
In the fourth inning, Hunter Schultz hit a one-out single and stole second base. Schultz advanced to third on a ground out and scored when Koby Kidney drilled a double to left center field.
Staring in the face of elimination, Westfield fought back.
Josh Wagner singled and advanced another base on an errant relay throw. Jack Stathatos was hit by a pitch. Josh Angers reached on a bunt. Brian Penland drove in a run with a base hit. An error on the throw to the infield allowed the base runners to move up. A wild pitch tied the game 2-all.
Keene failed to back down.
Three consecutive base hits to begin the top of the fifth (Bergquist, Flynn Dennis, Alex Cocklin) loaded the bases for Keene (1-2). An infield error recaptured the lead for New Hampshire. Kasen Abbott smacked a line drive RBI. A Schultz infield single made it 5-2. A wild pitch resulted in the team’s sixth run. Ethan Vonaseck was hit by a pitch, loading the bases again. Smith was hit by a pitch, increasing the lead to 7-2.
…But as Yogi Berra said – – “It ain’t over till it’s over.”
Jack McGrievey drew a walk to begin the home half of the seventh. Keith Drzyzga and Brandon Barnes singled to load the bases. Jackson LaValley hit a run-scoring single to left field. Then, Westfield got a bit unlucky, hitting into a double play as the second baseman snared a line drive and dove back to the second base bag to double up the base runner.
Still, it was not over.
Nate Blackak walked, loading the bases again. Wagner hit a RBI single to pull Westfield within three, 7-4. Stathatos followed with a two-run double to pull the host team within one, except a perfect throw from Keene allowed the opposition to tag out the base runner at third to end the game.
The Babe Ruth 13-Year-Old New England Regional Tournament will continue throughout the week at Bullens Field and culminate with the championship game Thursday at 10 a.m. The semifinals will take place Wednesday at 10 a.m. and 1 p.m.