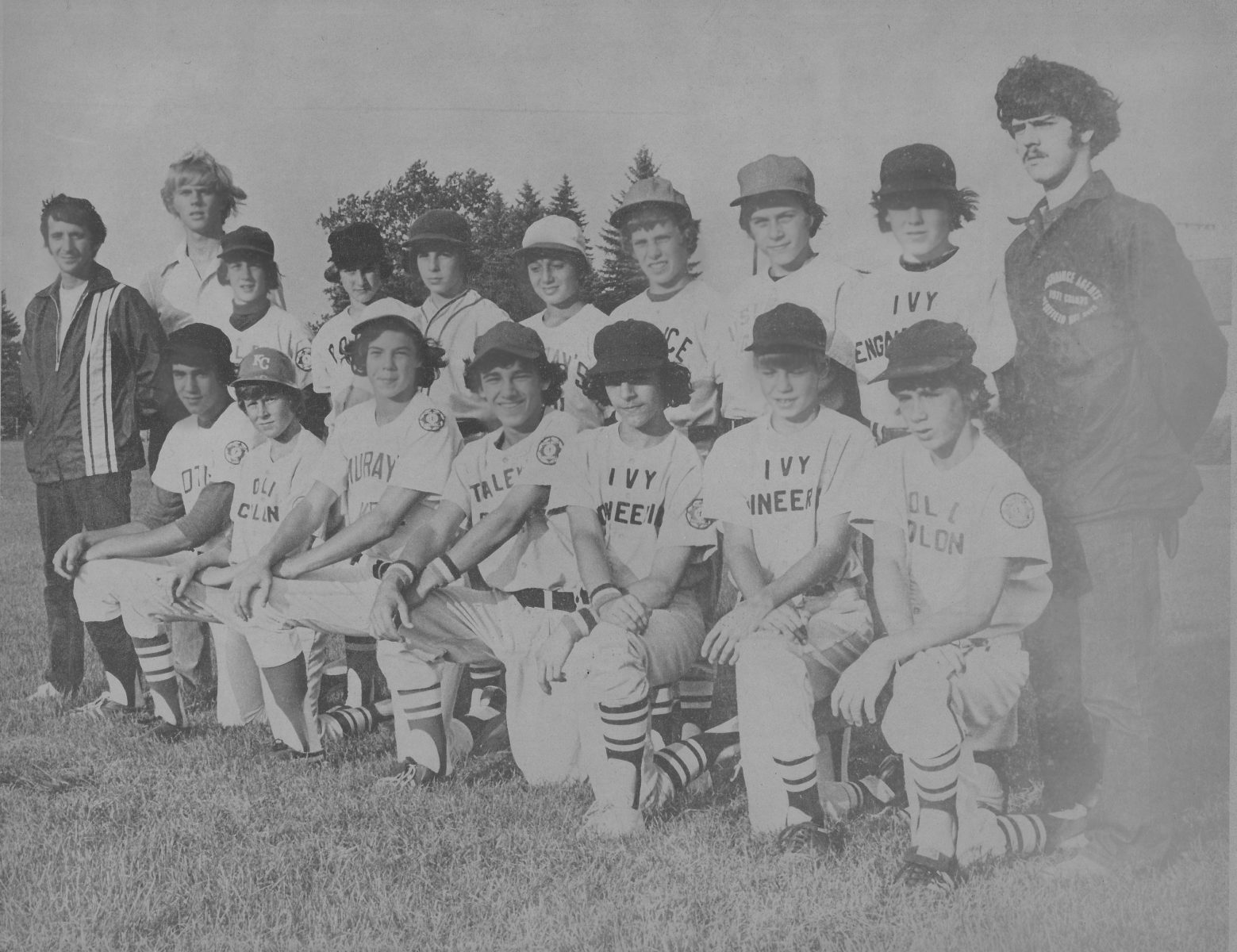 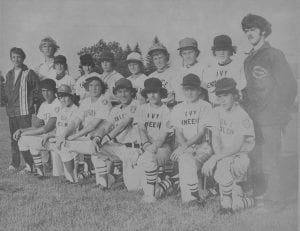 WESTFIELD – Before the “Curse of the Bambino,” there was George Herman Ruth, Jr., or simply put, “Babe” Ruth.
This stellar Boston Red Sox left-handed pitcher and slugging New York Yankees outfielder became a seven-time World Series champ, and formed what became known as Murderers’ Row in the Bronx.
The “Babe” inspired future generations of ball players, including a group of 10 men in Hamilton Township, New Jersey, who created a baseball program for 13-15-year-olds in the mid-1950s, Babe Ruth Baseball.
Over the years, Babe Ruth Baseball grew to include more than one million players on some 60,000-plus teams in more than 11,000 leagues with 1.9 million volunteers.
The mission of the Babe Ruth League, Inc., is “to make better citizens through proper supervision of regulation competitive baseball and softball in addition to promoting mental and physical development. In adopting rule, in establishing standards and in all planning, the primary consideration is what is best for the participants.” 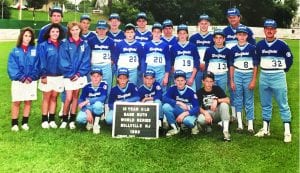 Greater Westfield Baseball came along soon after.
Dedicated players, coaches and Babe Ruth officials from the Whip City — guys like Bill Amanti, Phil Aucella, Dan Genovese, Steve Maslar, Frank Mochak, and the league’s current president, Dan Welch — helped forge an institution that breeds success (on and off the field), fueling a winning attitude, teaching values like teamwork and dedication and creating lifelong friendships and life lessons.
Over the course of the last three decades, everything came together for five teams from the Whip City. The hopes and dreams of local ball players was realized in 1975, 1989, 1992, 2012 and 2014 when the city’s Babe Ruth All-Stars from those years earned trips to the World Series.
It was in 1975 that a little team from Westfield, Mass., made the journey to the 13-Year-Old World Series in Morristown, N.J. According to noted local sports historian Dan Genovese, it was an experiment, of sorts.
“It was one of the first World Series,” said Genovese, who was an All-Star outfielder on that ’75 squad. “Babe Ruth (headquarters) wanted to see how we would handle being without our families far away from home … (and) how we would act on and off the field.
“We had a tremendous part in how we behaved off the field,” Genovese continued. “That enabled tournaments to continue. That’s why it’s successful today.” Westfield was no slouch on the field either. 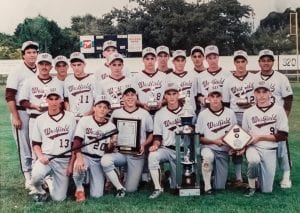 “We had a tremendous amount of talent,” Genovese said, also noting that his team did not have the distractions and limitless options available today like summer soccer and lacrosse leagues, as well as travel teams for baseball. “We were the best of the best, hardcore, playground-hardened baseball players.”
The only sticky situation that Westfield got itself into had nothing to do with the game itself, but rather the makeup of their uniforms. At that time, wool was considered one of the most widely available, inexpensive, and versatile fabrics on the market, thus leading to a wool uniform.
“It was super, super hot that summer,” said Al Miles, another ball player from the 1975 team. “We were like the ‘Bad News Bears.’ None of our wool uniforms matched … but we stuck together playing.”
In more ways than one, apparently.
“We had different kids from all walks of life figuring out how to bond as a group,” Miles said. “Everybody was a really good athlete, but everybody had to get along and figure it out.”
Fourteen years later, another group from Westfield finally figured it out too.
“After that (World Series),” said ’75 ball player Todd Marcyoniak, “Westfield (started) a tradition built on passion, talent and the dedication of coaches, and businesses that support it . . .  like The Westfield News.”
In 1989, Westfield’s 13-Year-Old Babe Ruth All-Star team went undefeated in state and regional tournament play before losing to Miami (Fla.) in the World Series opener in Millville, N.J., the birthplace of All-Star outfielder Mike Trout.
Westfield wasn’t lucky enough to have a player of Trout’s caliber, but then again it’s not that often that a once-in-a-generation type superstar grows up in anyone’s back yard.
“We didn’t have some of the pitching that teams had in the past,” said another local legend, Frank Mochak who helped coach that ’89 group. “We got away with 3-4 and 4-3 . . . it was a lot more bunting and stealing and small ball.”
There was more to soak in though than just some signs on the diamond.
“It was neat to see you’re playing against teams from all over the country,” Mochak said. “We all made some friendships that last a lifetime. We told the kids, ‘just take in everything because you may never go again’.”
That was one of the only things that Mochak got wrong as Westfield nearly perfected a storybook season three years later.
“In 1989, we really didn’t know what was happening,” Westfield manager Steve Maslar said. “It was a shock that we went that far. Nobody was expecting us to go that far. It was more of like a breaking-the-ice type thing … but in ’92, we knew we had something special.”
Led by an All-Star cast of coaches, which also included Maslar, Aucella, Amanti and Mochak, Westfield logged an undefeated postseason run in 1992 with the city’s 14-15 Year-Old Babe Ruth team, all the way to the championship before suffering a double header sweep to Arizona, a team they had already beaten once during pool play that year in Vallejo, California.
“We didn’t have great ballplayers, but we had players that really enjoyed baseball,” Maslar said, also noting that 2-hour practices that season often stretched an hour or two longer – at the players’ requests.
“The kids wanted to work all the time,” he said. “It was a very cohesive team.” 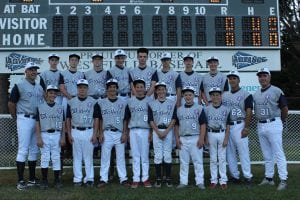 Westfield, as a team, batted well below the Mendoza Line during their unprecedented run, taking on a “smoke and mirrors” sort of persona, but kept winning with exceptional pitching and defense.
It would be the farthest that a Westfield Babe Ruth team would go in postseason play. Still, there were more World Series representatives to come from the City of Westfield.
In 2012, Westfield’s 13-Year-Old All-Stars earned a trip to Seattle, WA, to compete in the World Series.
Among those athletes was former Westfield High School All-Star catcher and semi-pro ball player Anthony Clark, who just this past season played for the expansion Westfield Starfires of the Futures Collegiate Baseball League before jumping to the North Adams SteepleCats of the New England Collegiate Baseball League, also home to the Valley Blue Sox (Holyoke). Clark also plays for American International College.
“It was eye-opening to see how much bigger the kids were, and how much harder they throw (at the World Series),” Clark said. “It pushed me to work harder and be a better player.”
Clark said several of the teams that came before and after him have adopted a certain type of mentality.
“We’ve built a culture that is expected to make a run every year,” the All-Star catcher explained. “That’s just the type of baseball we breed now. We’re not always the biggest or fastest, but we work hard with a lot grit, do the little things the right way, and show up ready to go.”
One of Clark’s former coaches agreed.
“Everybody knows the tradition is strong in Westfield,” said coach Curt Gezotis, who was on that 2012 staff. “The success is evident by just how much kids, parents, and coaches put in. It starts with leadership. Now it’s finally come to fruition. Westfield is good baseball thanks to (former Westfield Little League president) John Wheeler and (longtime and current Westfield Babe Ruth president) Dan Welch. That’s what makes this program survive.”
Gezotis raised a family a ball players who went on to hold prominent jobs in the community as a firefighter, nurse and a member of the armed services.
“We coach teamwork and how to get along with others,” Gezotis said. “At the time, players don’t appreciate their accomplishments until they walk through a new city with people cheering you on, waving banners, or even years later. Sometimes (we as coaches) don’t even realize until later on that you’re instilling values in these kids.”
Another highly-skilled group of ball players, which included Aidan Dunn, advanced to the 2014 World Series in Ocala, FL, as part of the Westfield 14-Year-Old Babe Ruth All-Stars.
“It was an unbelievable experience,” said Dunn, who went on to play at Eastern Connecticut State, and the Tri-County League. “I wish that every kid who plays baseball could experience something like we did.” 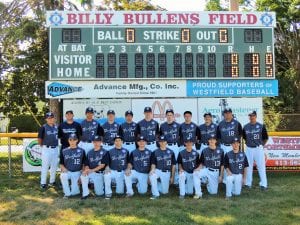 The manager of that World Series team, John Bonini said one of his not-so-fond memories, or rather awe-inspiring moments, was the talent on display. In their series opener that year, Westfield faced a pitcher by the name of Ryan Weathers, who was throwing for Tennessee.
Weathers went on to be drafted by the San Diego Padres in the 2018 Major League Baseball Draft.
“You’re never going to remember the score but rather the big picture,” Bonini said. “When you see stuff like that, you see the competition you’re playing against, it made the experience very special.”
Those experiences have transformed many lives along the way. Fathers have bonded with sons. Legacies have been created along the way like the Mochak family, who produced two coaches (Frank Sr. and Jr.), and a well-known local ball player, Dalen, who went on to have success at Westfield High.
The stories are far-reaching and now span decades and generations.
Over the years, Greater Westfield Babe Ruth helped bring about renovations to their home ballpark at Bullens Field, adding lights, improved seating and handicap accessible sidewalks. With these changes and more, and a passion for youth sports, the city was able to host its first-ever World Series (for 14-year-olds) in 2016.
The Series was ultimately deemed a success, allowing the City of Westfield to host this year’s championship tournament for 13-year-olds.
The 2019 13-Year-Old Babe Ruth World Series will be held Aug. 8-15 at Bullens Field. The city’s first three World Series teams (1975, 1989, 1992) will be honored in a ceremony on Sat., Aug. 10. Several former players are expected to attend.
COMING WEDNESDAY: A World Series overview and schedule of events