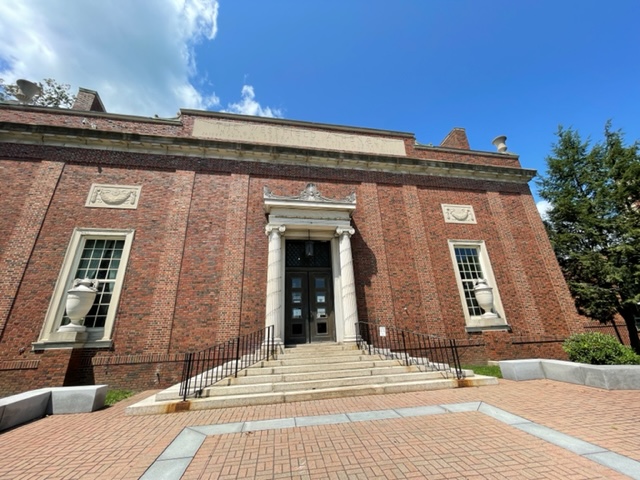 WESTFIELD — For history buffs, Westfield Athenaeum staffers have launched a “History Bites” video series that focuses on one object from its collection.

“Sometimes we will look at artworks we own,” said Guy McLain, executive director. “At other times we will focus on historical artifacts and documents from the archives.”

McLain said the new initiative grew after the “explosive success” of the “History Chat” series with Dr. Robert Brown.

“We are excited to expand our history video offerings,” said McLain. “We thought that short films focused on one artifact would be a good way to allow our patrons a chance to become more familiar with our historical objects and hear interesting stories about Westfield history at the same time.”

McLain said his hope with the short “History Bites” videos is to supplement the ongoing lectures and exhibitions.

“They are part of a further expansion of our history offerings on our website, with a forthcoming “History Presentations” page that will collect all our videos and multimedia that we have and will continue to produce,” he added.

“It tells where we came from and often offers us clues as to where we’re going as a society,” said McLain. “Connecting with the archival documents and historical artifacts is often the best way to come to a better understanding of our history.”

The first video has been released on artist Irene Parmelee (1847-1934) and her portrait of Lucy (Fowler) Gillett (1830-1916) of Westfield. The painting will also be showcased for the exhibition “Untold Stories: Westfield History Through Art,” which is planned Nov. 8 to Jan. 22 in the Athenaeum’s Jasper Rand Art Museum.

“Since we are putting together a selection of art that has much to reveal about the history of Westfield, our first history bites will be focused on paintings from the collection,” said McLain, adding the series will then move on to a range of other artifacts, including items that were used by Westfield businesses during the Industrial Revolution, artifacts from the Colonial era when Westfield was a small rural village, and a variety of domestic items used in city homes during the Victorian era.

“These short videos allow us to uncover the stories revealed by every artifact,” said McLain, adding, “and since they will be on the internet, Westfield residents will be able to easily access these stories.”