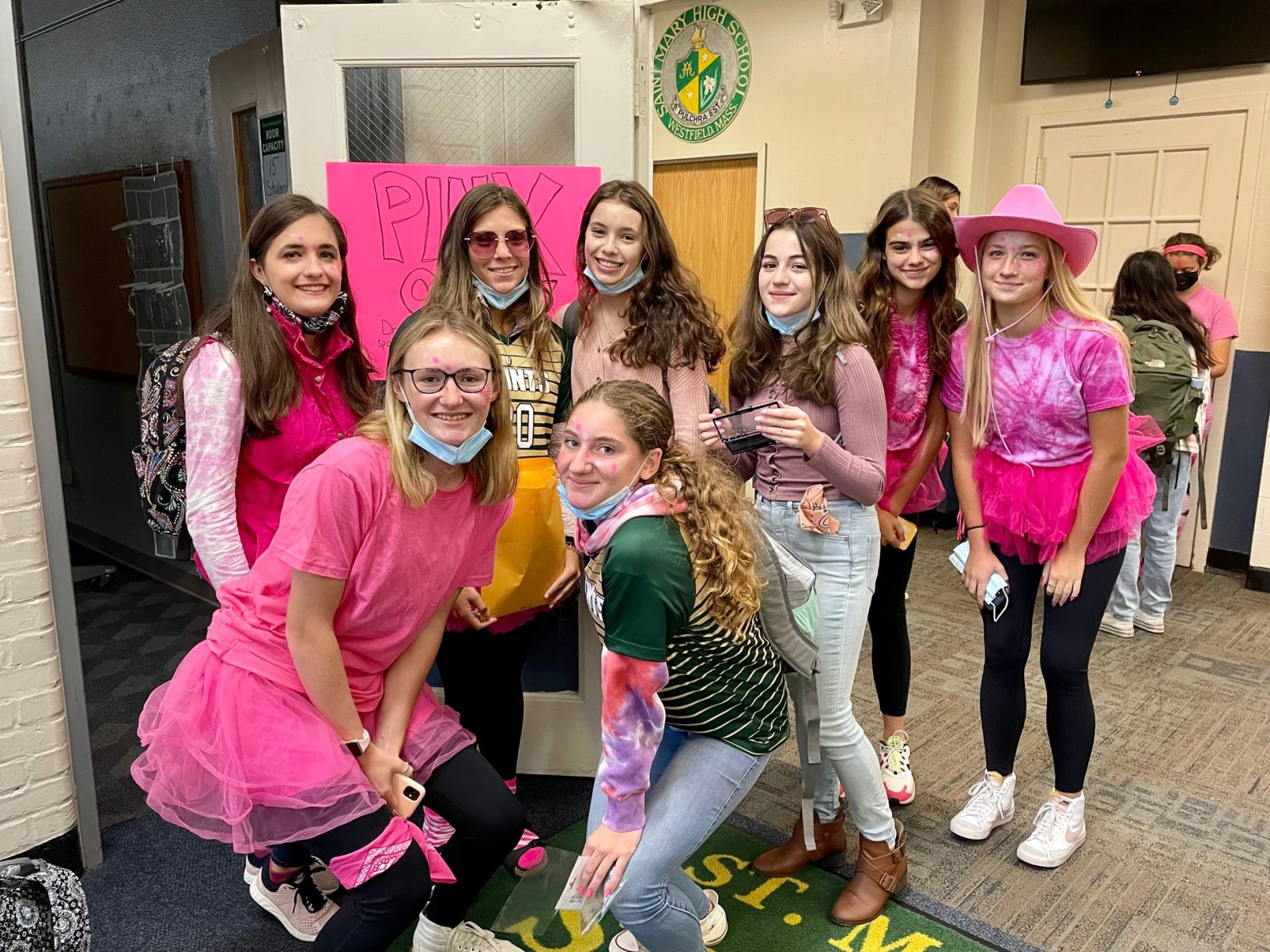 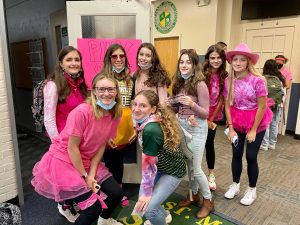 Students at St. Mary’s High School were allowed to dress in pink on Oct. 14-15 in exchange for a donation to the fight against breast cancer. (SUBMITTED PHOTO/ST. MARY’S HIGH SCHOOL)

The “pink-out” was originally organized by Student Council President Alison Goodreau, a senior at St. Mary’s. She originally pitched the idea to the soccer team, but it was then brought to the student council and subsequently the entire school. It was adopted in conjunction with Breast Cancer Awareness Month in October. 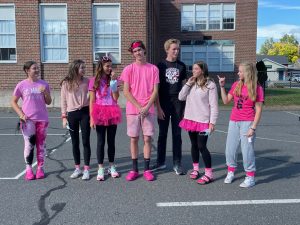 Students usually wear uniforms at the Catholic school in Westfield, but for two days, they could wear pink clothing after donating a minimum of $5. As of Thursday afternoon, the first day of the pink-out, nearly $500 had been raised just from student donations. Fans attending the girls soccer game Thursday and the boys soccer game Friday were asked to wear pink to the game, and donations were collected there as well.

Goodreau said that she got the idea for the pink-out by seeing other, larger schools do a similar awareness initiative by having students wear pink. 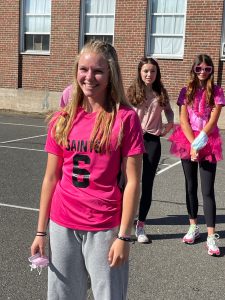 “I had never seen a school fundraise money from it and get everyone involved,” said Goodreau.

She said she knows of many families who have been impacted in some way by breast cancer, including her own family. She was not expecting the level of participation from students that she saw on Thursday and Friday.

“I wasn’t expecting students to go all out as much as they did,” said Goodreau, “It made me feel good to see the newer students going all-out, too.”