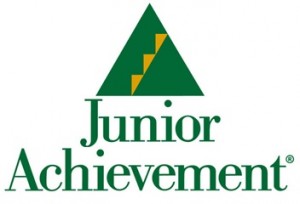 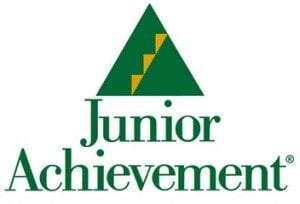 WESTFIELD- In 1919 three men in Western Massachusetts collaborated to come up with an idea to get students to ‘learn by doing’ and get an early education on the nuances of business and economics. Those men were Theodore Vail from AT&T, Horace Moses of Strathmore Paper Company, and Senator Murray Crane of Crane Paper. Their idea is now known as Junior Achievement.

Their program was designed for urban students in order to teach them how to start, run, and manage a business. Groups would be formed, and those groups would have to create, market, and sell a product to get the idea of how a business operates. The groups, or ‘clubs’ were formed when a group of young people had a shared interest in a certain type of business. The very first group, originally known as The Mechanics Club, was started by a man named Tom Morrison, a native of Westfield.

Morrison came from a large family that lived on Atwater Street in Westfield. He once worked for Pope Manufacturing Company and was an apprentice with General Electric. His machine working skills combined with his teaching ability made him a perfect volunteer to be the first leader of a Junior Achievement group. His younger brother Charles was the very first member of the club.

Jane O’Donoghue, the niece of Tom Morrison, said that the program has gone through some minor evolutions since it began 100 years ago.

“It was originally conducted in just elementary schools,” said O’Donoghue, “Now it is mostly done in Middle schools and high schools.”

O’Donoghue said that the program is meant to explain what kind of roles each person has in the economy from the CEO to the lowest level employee.  She added that they also taught the skills of earning money, keeping inside a given budget, saving and investing money, and using credit responsibly.

The high schoolers in the program, according to O’Donoghue, are taught to dispel the myths of entrepreneurship and use the tools given to them to develop a plan for their business. To do so, they are encouraged to use the ‘four C’s’ of critical thinking, communications, collaboration, and creativity. The students operate their company through the use of an online simulation that allows them to fail or succeed in their ventures without having to use real money.

2019 being the 100th year of the program, there are events everywhere to celebrate that fact. On Saturday, May 4th, there will be a celebratory Gala at MGM Springfield’s Aria Ballroom from 5 p.m. to 10 p.m. and the $125 per ticket event is sold out. There were several more expensive ticket packages as well, with the most expensive one being the Centurion Package that cost $15,000. The Centurion included two tables of 10 people, two tables to be donated to volunteers and teachers, and several advertising opportunities at the event itself.

Jennifer Connelly noted that there are many seats at the Gala that have been given away to volunteers of the program, teachers, and students. They had also invited descendants of the earliest participants and representatives from the companies that started it all. This includes Jane O’Donoghue, who was later invited due to her relation to Westfield’s Tom Morrison, the first Junior Achievement Leader.

Morrison remained involved in the program for much of his life. He later retired from Springfield Trade School, which is now known as Putnam Vocational Technical Academy. After his retirement, Morrison did what many Massachusetts retirees do today and moved down to Florida.