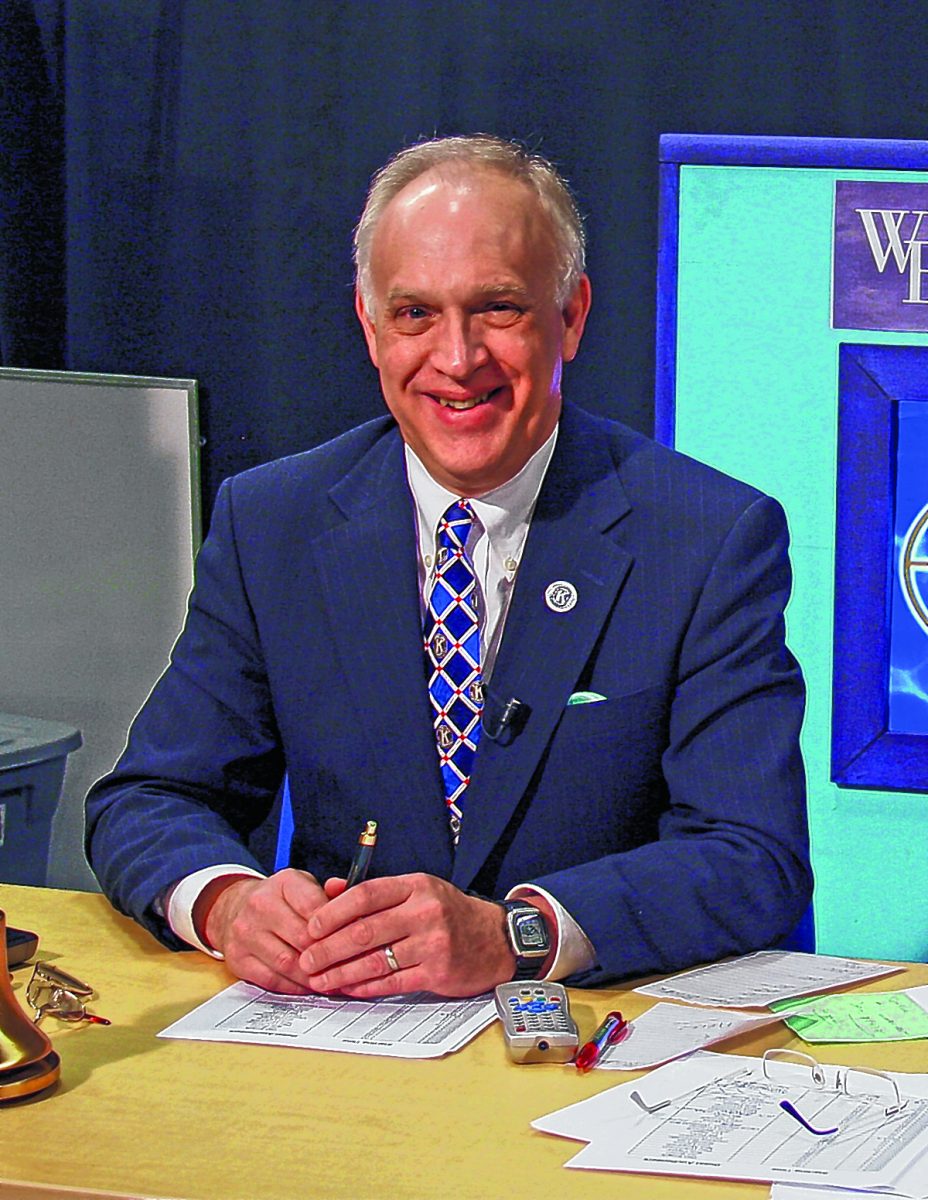 WESTFIELD-With a new year it is “full steam ahead” as Westfield Kiwanis members begin reaching out for donations for the annual TV Auction slated March 3.

Now in its 50th year, the auction has evolved over the years but its mission remains the same – raising funds to benefit a variety of local charities and programs. 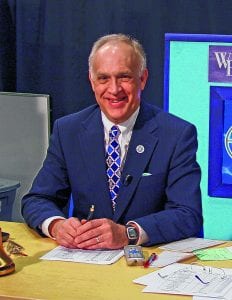 George Delisle will once again serve as co-anchor for the Westfield Kiwanis TV Auction on March 3. (Submitted photo)

“A solicitation letter will be sent to businesses in town during the first week of January,” said George Delisle, a past president of Westfield Kiwanis as well as a past auction chairman. He has also served as an auction co-anchor since 2006. “It is full steam ahead for our members who will be making phone calls and encouraging businesses to consider donating a product or service or being an auction sponsor.”

The auction, conducted at the Westfield State University broadcast studio in the Ely Campus Center, will air from noon to 8 p.m. on Comcast Channel 15 in Westfield and Southwick, and will stream live at www.westfieldkiwanis.org.

“The auction was presented on radio – the old WDEW-AM – in the 70’s and early 80’s, and transitioned to television in the early 1990’s,” said Delisle, adding that the auction is the “primary source of funds that the Kiwanis Club uses for support of our local charities.”

A “large portion” of the auction funds raised benefits the Boys & Girls Club of Greater Westfield each year, according to Delisle, noting that Westfield Kiwanis founded the organization in the 1960’s.

Organizations including Westfield Little League, Girl Scouts, Westfield on Weekends, the annual Strawberry Festival, Our Community Table soup kitchen, youth programs in the local schools, the Kiwanis Children’s Fund, and the Kiwanis Foundation of New England are also among the many charities that benefit each year from auction funds.

Delisle noted that it is “good business” for local businesses to get involved in the auction process. All donated items must be received by Feb. 7 and have a minimum retail value of $50.

“Our participants get exposure in all our pre-auction newspaper and social media advertising, as well as on the air,” said Delisle. “It’s a chance to spotlight your business, product, or services, and demonstrate your commitment to the local community.”

“Our agency started in Westfield in 1902 by our great-grandfather who believed in the importance of supporting the local community since the community was supporting us,” said Butler Simone. “Our agency has been an auction sponsor for many years because we know Westfield Kiwanis has done good things for the city.”

Butler Simone added that while the economy can be “tough on businesses,” it is still important to “come together for good causes.”

“Nonprofits are struggling and it is important to step up and support the many volunteers who are involved in these organizations,” said Butler Simone.

Kellie Brown, president of Westfield Kiwanis and director of operations for the Boys and Girls Club of Greater Westfield, shared a similar sentiment.

“I joined Kiwanis for two reasons,” said Brown. “The first is because they are our founding fathers and I feel I owe them so much and I felt one way to give back would be to become a part of the organization that funded the Boys and Girls Club and continue to do so today.”

Brown said the second reason she joined Kiwanis was to be a part of “something bigger” in the Greater Westfield area.

“Kiwanis is an organization that puts youth first,” said Brown. “They are instrumental in helping the youth in the community in so many ways.”

Brown also encourages businesses and organizations to consider making an auction donation or being a sponsor.

“Maybe they are not an organization or business that directly helps youth but has the resources to give so Kiwanis can continue to support the needs,” said Brown. “It is also a great way to get free advertising about their company and people will support businesses that support youth.”

“Businesses anywhere are welcome to donate, and we have regular donations from a bed and breakfast in Aruba,” said Delisle, adding that some donated items will be displayed in the window of Cassin Insurance on Elm Street prior to the auction.

“Many items will be featured on our website, and nearly all will be displayed on TV during the auction telecast,” said Delisle.

Since its founding in 1922, Westfield Kiwanis has served Westfield, Southwick and the hill towns by raising funds to meet the ever-changing needs of children and youth in the local area.

“This is our 50th auction so that should speak volumes as to the success of the auction itself and the importance of the businesses that support us,” said Brown.

For donation or sponsorship details, contact Brown via email at [email protected] or call her weekdays at the Boys and Girls Club, (413) 562-2301.