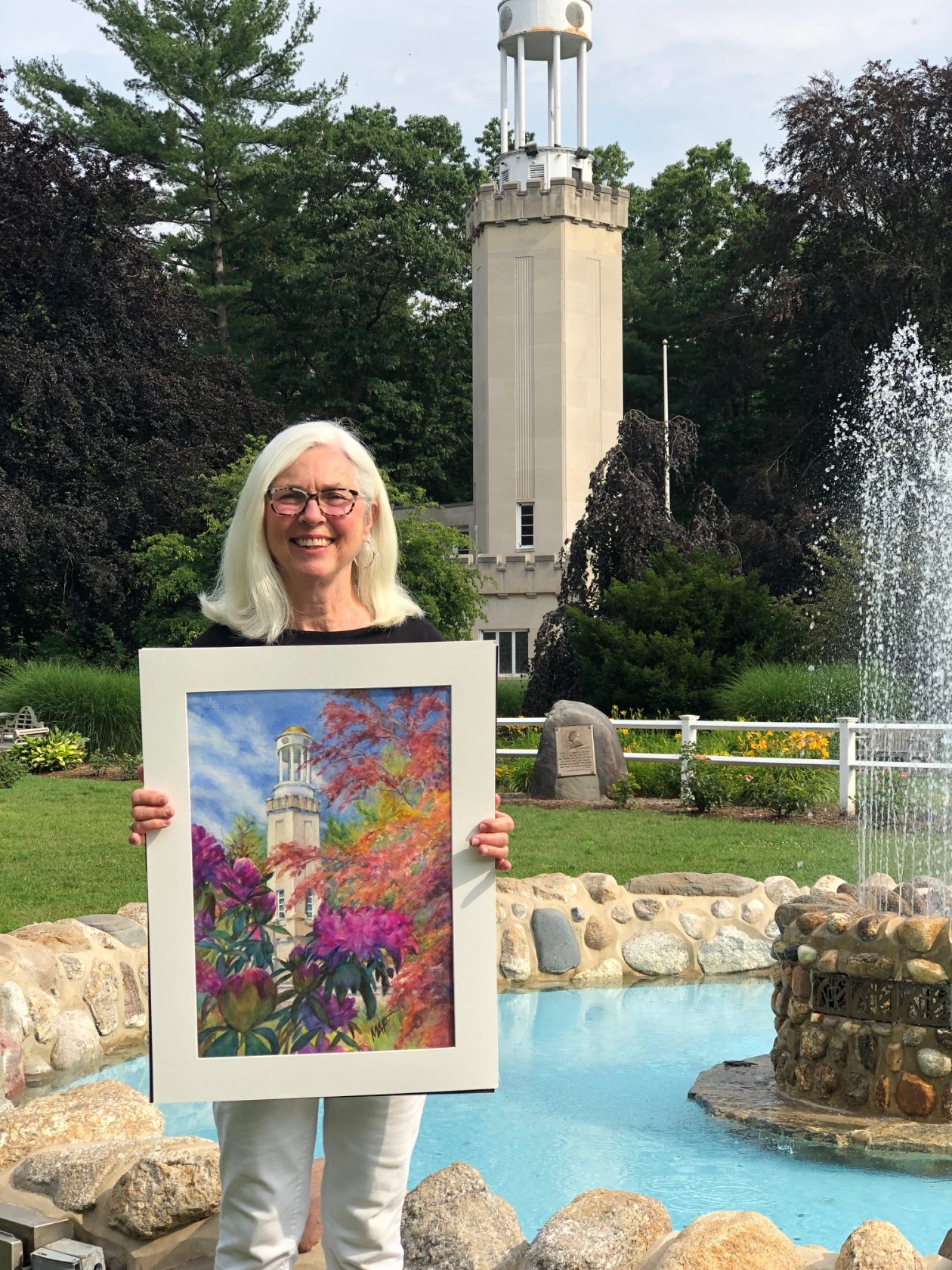 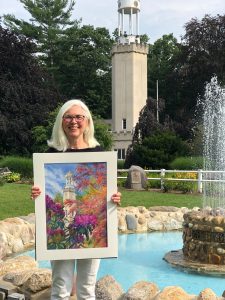 Artist Marie Flahive of Westfields holds a framed watercolor of the Stanley Park Carillon Tower she painted for an online auction to benefit restoration of the 71-year-old landmark. (DONNA HERMAN PHOTO)

WESTFIELD – Stanley Park is one of the city’s iconic spaces, and the Carillon Tower is the heart of the 300-acre park.

When it was built in 1950, the dedication of the Carillon Tower became a national event, as U.S. Ambassador to the United Nations Warren R. Austin spoke at the event, his words carried on the NBC network both here and overseas.

Then-Gov. Joseph B. Ely was there, as was Stanley Park founder Frank Stanley Beveridge. Famous singers of the time and other dignitaries joined the 8,000 people in attendance June 4, 1950, to dedicate the tower.

For more than 70 years, the Carillon Tower has stood tall in the park’s rose garden, welcoming visitors with the sound of music. Over the years, the tower has endured storms and wind, heat, rain and needs a major restoration, which began earlier this summer. To help cover costs, the Stanley Park annual fundraiser this year – “Carry on the Carrillon: There’s Music in the Air” – benefits the tower restoration. 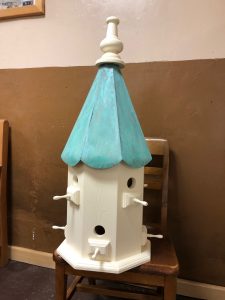 A handmade birdhouse by Bob Jensen is among the items available at the Stanley Park online auction Sept. 12-18. (DONNA HERMAN PHOTO)

Because of the continued pandemic, Carry on the Carillon this year will take the form of an online auction Sept. 12-18 at stanleypark.org. Items include works from local artists, such as Marie Flahive, who donated a watercolor painting of the tower, an original lotus blossom bowl by potter Dale Rogers and a hand-crafted birdhouse by Bob Jensen. Other items for auction include Westfield Seek-No-Further apple trees, golf items and local gift cards. Items can be viewed at stanleypark.org. Bidding begins Sept. 12

Winners will be notified automatically through the online auction system, and items can be picked up at the Stanley Park barn after the auction ends. 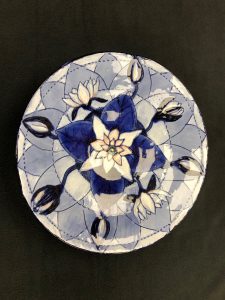 Fundraiser co-chairs Mary O’Connell and Tom Fiske hope the online auction will be well supported. And for O’Connell, it’s personal.

“I live near Stanley Park and visit often,” she said. “It’s a true treasure in the city, but it’s privately owned and funded, and needs the support from the community for major projects like restoring the Carillon Tower.”

Stanley Park Managing Director Robert McKean said he expects the restoration will be in the range of $400,000 once complete. Work includes scraping and painting the ceiling, restoring the heavy wood doors, fixing cracks in the façade and retouching the stained glass, among other needs.

“As with most everything, age takes its toll,” said McKean. “This, combined with deterioration resulting from the severe weather conditions of New England, [means] there is much work needed to restore and preserve the overall condition of the Carillon Tower.”

What is still in working order is what draws people to the tower – the music. McKean said the sound of the Westminster Chimes can be heard from the tower at the touch of a remote button in his office. In addition, organist Joe Geehern is also available to play the electronic keyboard for special occasions.

Keeping music in the air is an important part of the charm that draws thousands to the park.

In honor of the Carillon Tower dedication in 1950, notes of congratulations were sent from around the world, including:

“I am sending you best wishes for the dedication.” – Winston S. Churchill

“May the many people who will have the pleasure of listening to this carillon bear in mind the purpose for which lies behind the generous gift.” – Gen. Dwight D. Eisenhower

“Music is a universal language we can all understand and appreciate, I anticipate real pleasure listening to the bells.” – Eleanor Roosevelt