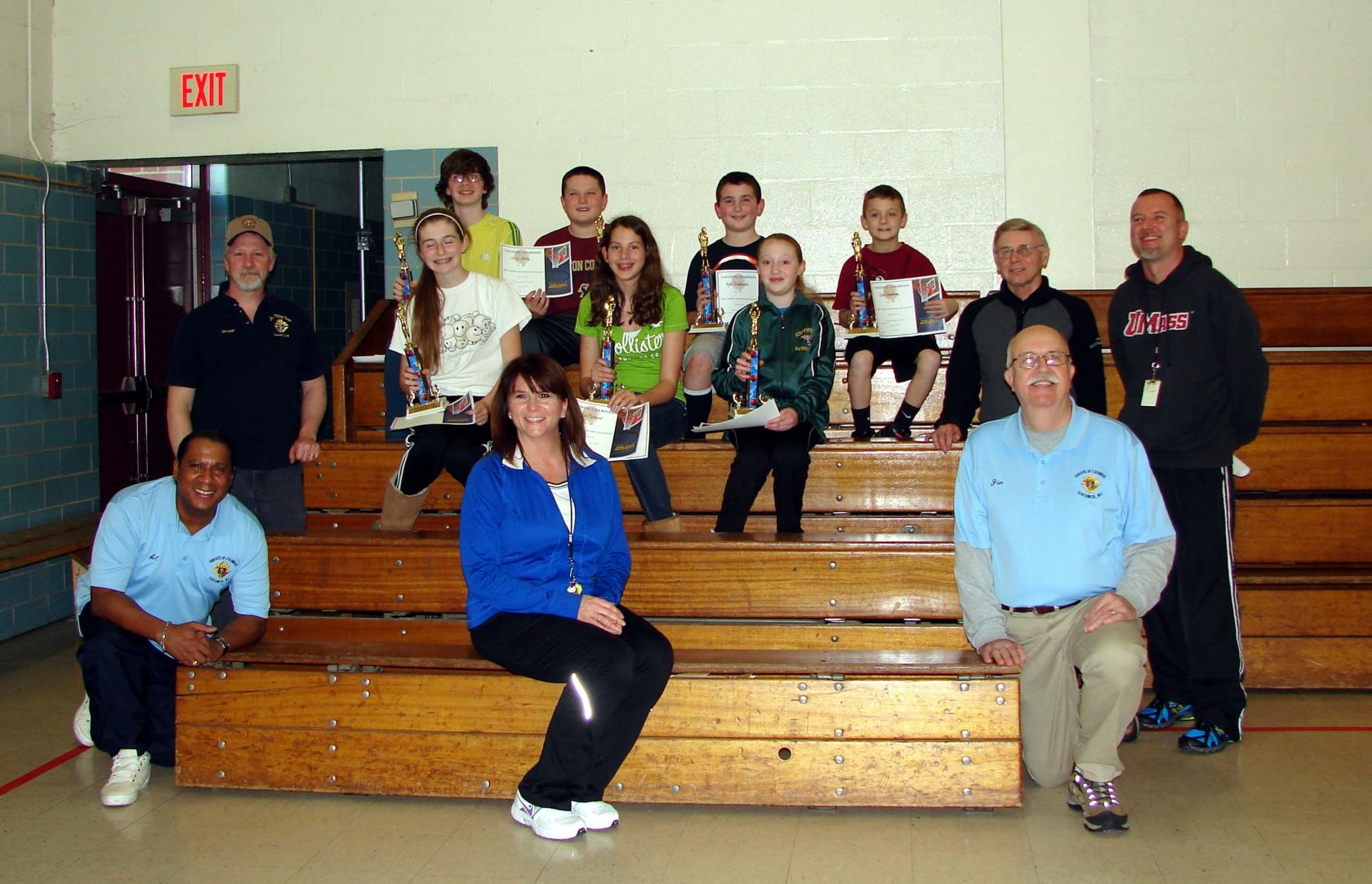 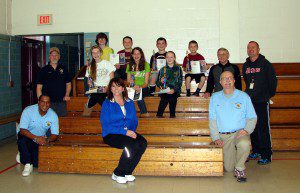 On Wednesday afternoon, January 23, 2013, the Fr. Thomas Shea Knights of Columbus Council 11178 held its annual free throw contest for youths aged 10-14 at Powder Mill Middle School (PMMS).
A total of 10 groups – ages 10, 11, 12, 13, and 14 for boys and girls – competed, a total of 63 participants.
The Council winners in each classification now move on to the district competition which will be held in mid-to-late February at a location that is to be determined by the council District Deputy. The District Deputy is responsible for this level of the competition. All contestants will be notified well in advance prior to the event.
The winners of the district proceed on to a regional competition that will be held on Sat., March 23 at St. Thomas the Apostle?s gym at 63 Pine Street in West Springfield. The gym’?s entrance is on Route 20, opposite Toomey-O’Brien Funeral Home. The doors open at 8 a.m., with registration starting at 9.
The regional winners advance to the state final free throw competition at Holy Cross Worcester Field House on Sat., April 6. The field house is at the last entrance on the top of the hill on College Street. Once through the gate, the field house is the first building on the left. Registration is at 9 a.m.; competition begins at 9:30.
Mrs. Hendrickson and Mr. Archambeault, PMMS Physical Education teachers were instrumental in setting up and helping run the local portion of the competition. The senior leadership team, Principal Ronald Peluquin and Vice Principal Chad Joyal, the teachers, parents and supporters of Power Mill Middle School helped make it a memorable event.
The participants, parents, and siblings exuded good sportsmanship and cooperation while the shooting was taking place. In the event the winner of an age category is unable to participate in the district competition, the runner-up will represent Southwick. All of the youngsters participating were presented with a certificate of participation from Fr. Thomas Shea Council #11178 Knights of Columbus. The winners were awarded a trophy and an additional certificate of excellence.
This year?’s winners for the girls were: age 10 – Isabella Poules (Southwick); age 11 – Molly McGrath (Southwick); age 12 – Erica Pickard (Southwick), and age 13 – Kaleigh Farris (Westfield). There was no age 14 competitor locally.
The boys’ winners included: age 10 – John Cammisa (Southwick); age 11 – Kyle Grabowski (Westfield); age 12 – Tim McGrath (Southwick); age 13 – Chris Molta (Southwick) and age 14 – Brandon Seymour (Southwick).
Father Shea Council congratulated each of the winners on their success and sportsmanship at the local level, and wished all of them continued success at the district level.