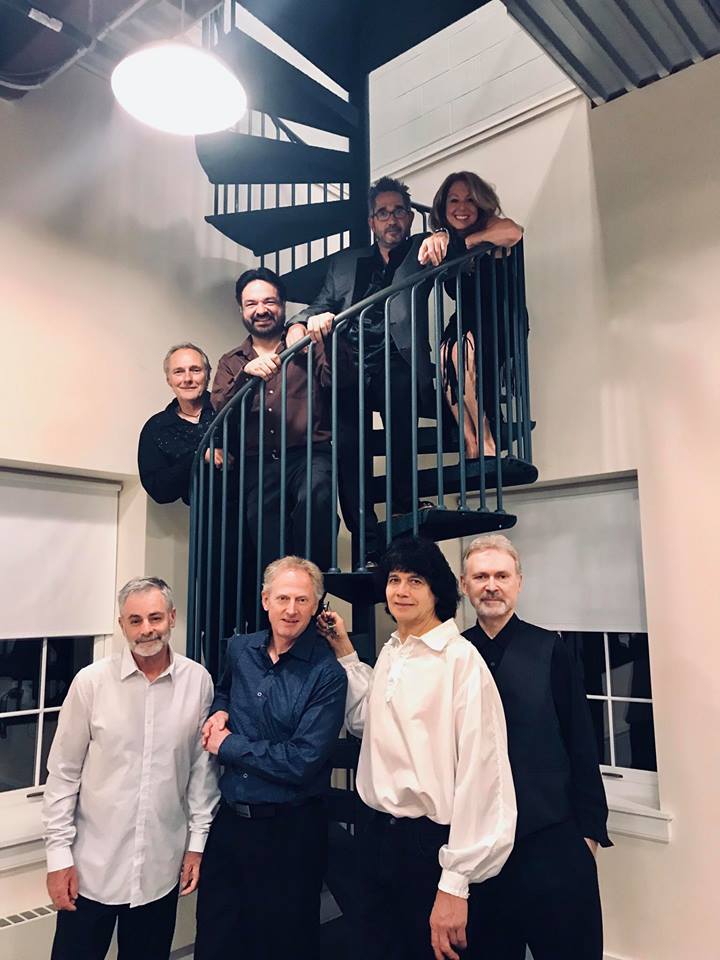 WESTFIELD-Since Kenny LaBelle was 10, he has been a Neil Diamond fan.

“I never thought I sounded like Neil Diamond,” said LaBelle, acoustic guitarist, vocalist and founder of The Diamond Collection (TDC), a tribute band dedicated to “carefully recreating” the songs and sounds of Neil Diamond.

“After hearing him sing ‘Shilo’ as a child, I kept buying his music and have always loved Neil Diamond,” he said during a phone interview.

LaBelle announced on a Facebook post on the morning of May 27 that his time with The Diamond Collection “has been rewarding and a lot of fun for 19 years.” 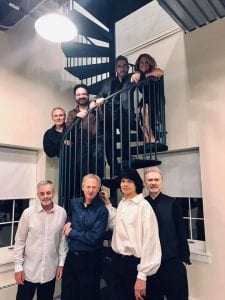 For 19 years, The Diamond Collection has been recreating the songs and sounds of Neil Diamond. Members of TDC, bottom row, left to right, Rob Dauphinais, Eric Weld, Gary Smith, and Rich Bruns. On the stairs, from top to bottom, Hilory Wagner, Doug Wallace, Ed Piedra and Kenny LaBelle. (TDC PHOTO)

LaBelle added on his Facebook post that “Alas, I feel it is time for me to move onto something new.”

LaBelle said he had called each member of the band individually two weeks ago and told them about his decision that he felt the “band had run its course.”

“They kind of knew last year that something might be happening,” said LaBelle, adding, “they all understood my reasons.”

Once a week for 19 years, band members have rehearsed from 6 – 9 p.m. in LaBelle’s designated rehearsal room in his Westfield home that he shares with his wife Trish. Band members include Doug Wallace, Hilory Wagner, Rob Dauphinais, Gary Smith, Ed Piedra, Rich Bruns and Eric Weld.

“There were a lot of reasons to close shop,” said LaBelle, noting when the band started there were few “Neil Diamond guys” performing around the world.

“Now there are Neil Diamond performers in every city,” he said.

LaBelle said what set The Diamond Collection apart from other tribute bands was its attention to detail.

“We were meticulous about the details,” said LaBelle, adding, “I’ve always had good players over the years.”

LaBelle explained that Neil Diamond “reinvented himself” over the years with different versions of his popular songs. As one example, LaBelle said the song written by Diamond, “I’m A Believer,” sung by The Monkees, had four style versions.

“We’ve done them all,” said LaBelle.

Every winter, LaBelle would spend hours listening to his more than 50 Neil Diamond albums to determine what the band would perform starting in the spring.

“By April we were out with a new show,” said LaBelle, adding, “With all of these years, I don’t think we ever did the same show twice.”

LaBelle said that discipline and drive for perfection also ensured a fresh approach to each new season.

While LaBelle said he doesn’t know what the future holds musically for himself, he knows he also enjoys making music with his daughter Lindsey LaBelle.

“Whenever she is playing out I love stopping in,” he said, noting she started singing when she was “3 or 4.”

“She is a country singer and I would love to do something with her at some time,” he added.

It is clearly apparent that family is at the heart of what makes LaBelle tick.

“We have a motor home and do plan to travel when we can,” said LaBelle, noting some of his best moments these days include visiting his 3-year-old grandson Jesse Valentine Bartozs.

While on the subject of love, LaBelle credits the longevity of the band to the countless friends, family and fans who have supported The Diamond Collection over the years.

“I’ve met so many amazing folks, played with some very talented musicians, people that have become friends through TDC, played some great shows, and I wouldn’t trade the memories for anything in the world,” said LaBelle, adding, “A heartfelt thank you to fans that have been with us through the years.”

There were concerts originally scheduled this summer, however, due to the COVID-19 pandemic, all of the events were canceled. LaBelle said the pandemic was not a factor in his ultimate decision.

“After 19 years of performing it was a good run,” he said. “We played Las Vegas, the Eastern States Exposition, and many venues across Massachusetts and Connecticut. I was hoping to do a finale at the Majestic in August but they canceled it.”

While LaBelle now has more time this summer he is looking forward to family time.

“I plan to spend the summer with my wife and see my grandson as much as I can,” he said. “I will also enjoy slowing down, writing more, recording something different, and thinking about things.”