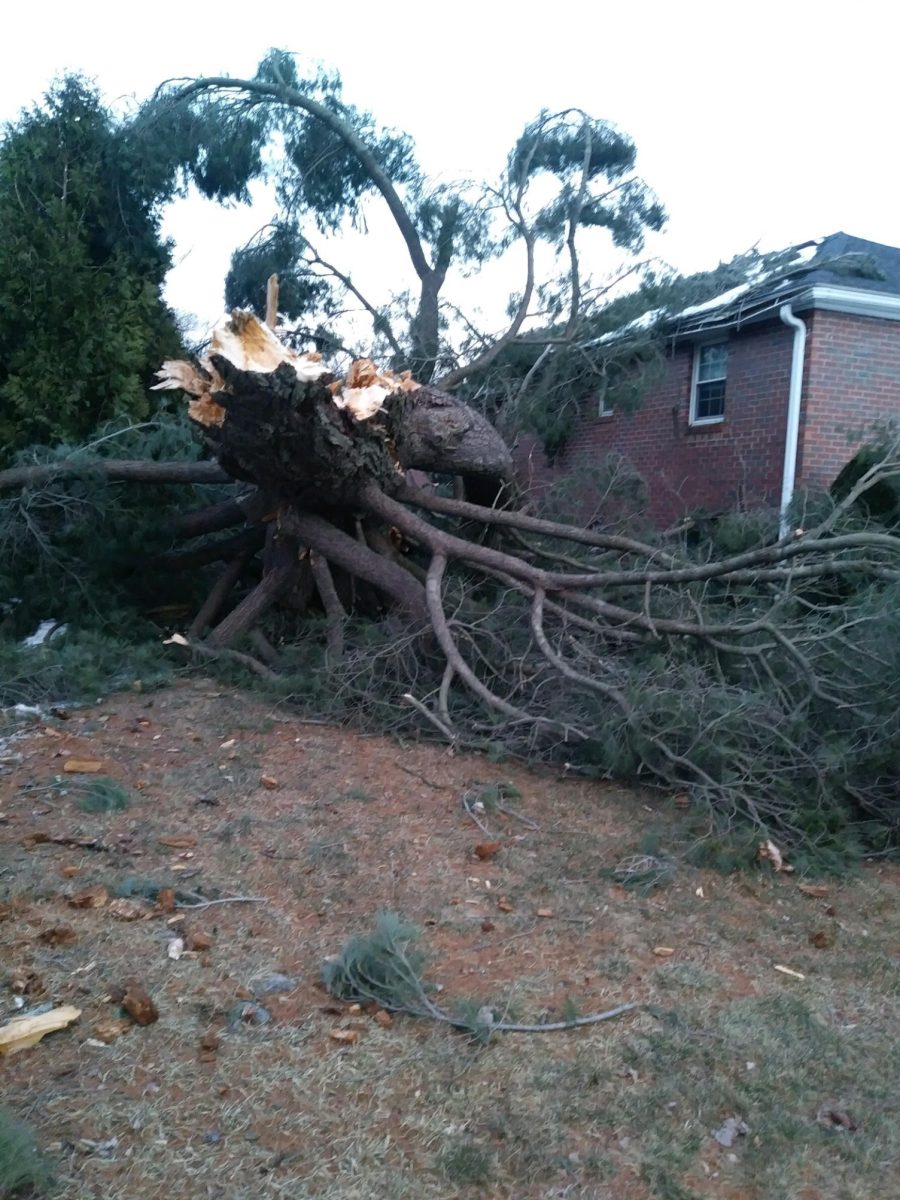 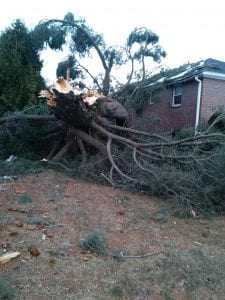 One of the larger branches on this pine tree landed on one of the apartments at Lakewood Village on late Monday afternoon due to the extreme winds. (Photo from Marie Daniels)

SOUTHWICK – An apartment complex at Lakewood Village suffered tree damage on Monday afternoon due to the extreme winds.

According to the Southwick Police Department, they received a report of branches from a large pine tree falling down on an apartment building at 5:38 p.m. late Monday afternoon.

Marie Daniels, Manager at Lakewood Village, said that the branches of the tree went through the roof of the building and caused damage to the roof as well as the interior of the building. After the incident occurred, the occupants in the apartment were evacuated until Southwick fire personnel and the town building inspector arrived to make sure it was safe for the occupants to return to their apartment.

“Luckily nobody was hurt so we’re very thankful for that,” said Daniels.

Daniels added that the tree is being cut up and disposed of. The roof will also be repaired in the next couple of days.