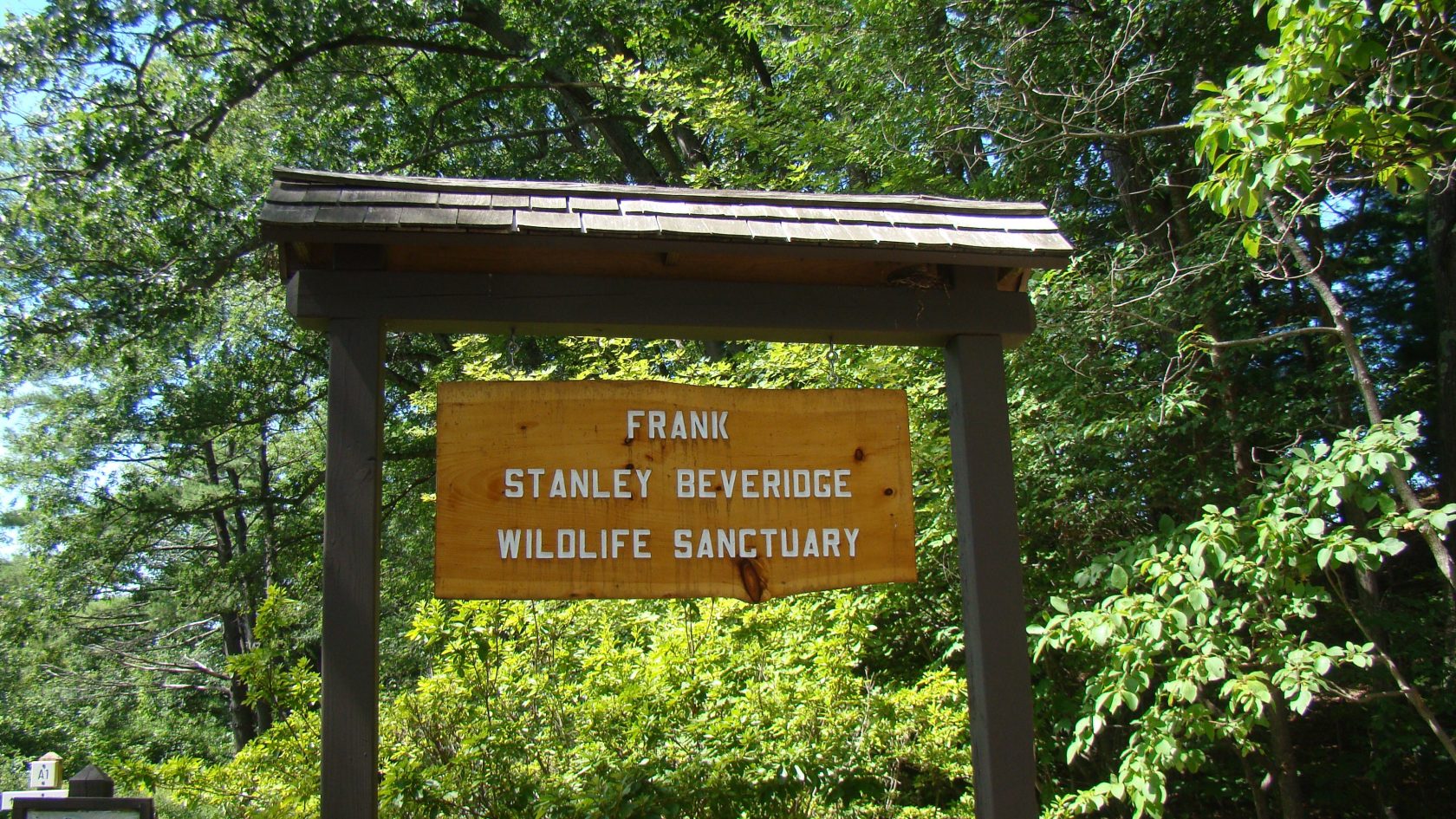 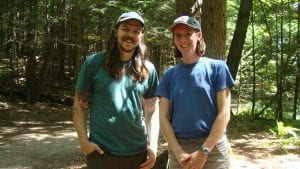 WESTFIELD – On Saturday, Aug. 31, a small group of hikers met at the entrance to the Frank Stanley Beveridge Wildlife Sanctuary for the Leave No Trace Workshop.

The group was led by the Appalachian Mountain Club’s Aaron North, trail supervisor for Southern New England and Julia Graham, project coordinator out of AMC Noble View in Russell.
North and Graham spoke about the seven principles of Leave No Trace, stopping periodically to discuss each during the hour-long hike. Leave No Trace is about fostering stewardship through one’s own practices in the outdoors.
The first principle, to plan ahead and prepare, covered what to carry in a pack, such as water, a whistle, fire items, first aid, food, layers and rain gear. Other suggestions including knowing site regulations, visiting in small groups, and using a map and compass.
Along the path, the group stopped to discuss traveling and camping on durable surfaces, such as established roads trails and campsites, or on rock, dry grasses or snow to avoid disturbing wildlife and plants. They also suggested walking in the middle of paths, even when wet or muddy, to keep from enlarging the disturbance. 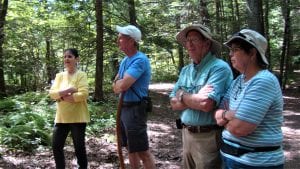 Joanne and Thomas Sharp of Westfield, Bob Pomeroy of W. Springfield and Sue Hughes of E. Springfield listen to the principles of Leave No Trace. (Photo by Amy Porter)

To dispose of waste properly — the third principle – hikers and campers are advised to pack all trash, leftover food and litter. Making camping sites at least 200 feet from streams and lakes, and using only biodegradable soap for any kind of cleaning is also recommended.
Leaving rocks, plants and other natural objects as you find them is another principle, as is to observe, but not touch, cultural or historic structures and artifacts.
Minimizing campfire impacts was another topic of discussion. Where fires are permitted, North and Graham suggested using established fire rings, and burning all wood and coal to ash, putting the campfire out completely and scattering the ashes. They also recommended dispersing materials from old fire rings discovered in undesignated areas.
Respecting wildlife by observing from a distance, and not following or approaching them is the sixth principle of Leave No Trace. Feeding wildlife can damage their health, alter natural behaviors and expose them to predators and other dangers. Storing food and trash securely, and controlling pets is also important.
Finally, being considerate of other visitors, yielding to them on the trail, camping away, and letting nature’s sounds prevail protects the quality of the experience for everyone.
North said this summer is the first time that AMC Noble View, which is now a staff-managed facility, has partnered with Stanley Park for hikes and workshops. Earlier in the summer, he led a similar hike geared to children and youth, while this workshop was for older teens and adults. Previously, AMC members had built some of the wooden signs along the trail of the wildlife sanctuary. 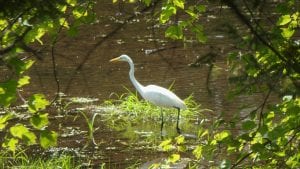 An egret seen enjoying the Little River on Saturday. (Photo by Amy Porter)

North said he expects to build up the collaboration moving forward, especially considering that Noble View and Stanley Park are neighbors. He also remarked about the beauty of the trail. The Frank Stanley Beveridge Memorial Wildlife Sanctuary is 229 acres of managed trails and land along the Little River, heavily planted with native trees, wildflowers, ferns, and more. The sanctuary is a haven for area birds and wildlife. On Saturday, an egret was seen in the river as the group walked by.
Noble View Outdoor Center, a property of the Appalachian Mountain Club (AMC), sits within a 35-mile long, 117,000-acre swath of protected open space, private conservation lands, and state and town parcels at 635 South Quarter Road in Russell.