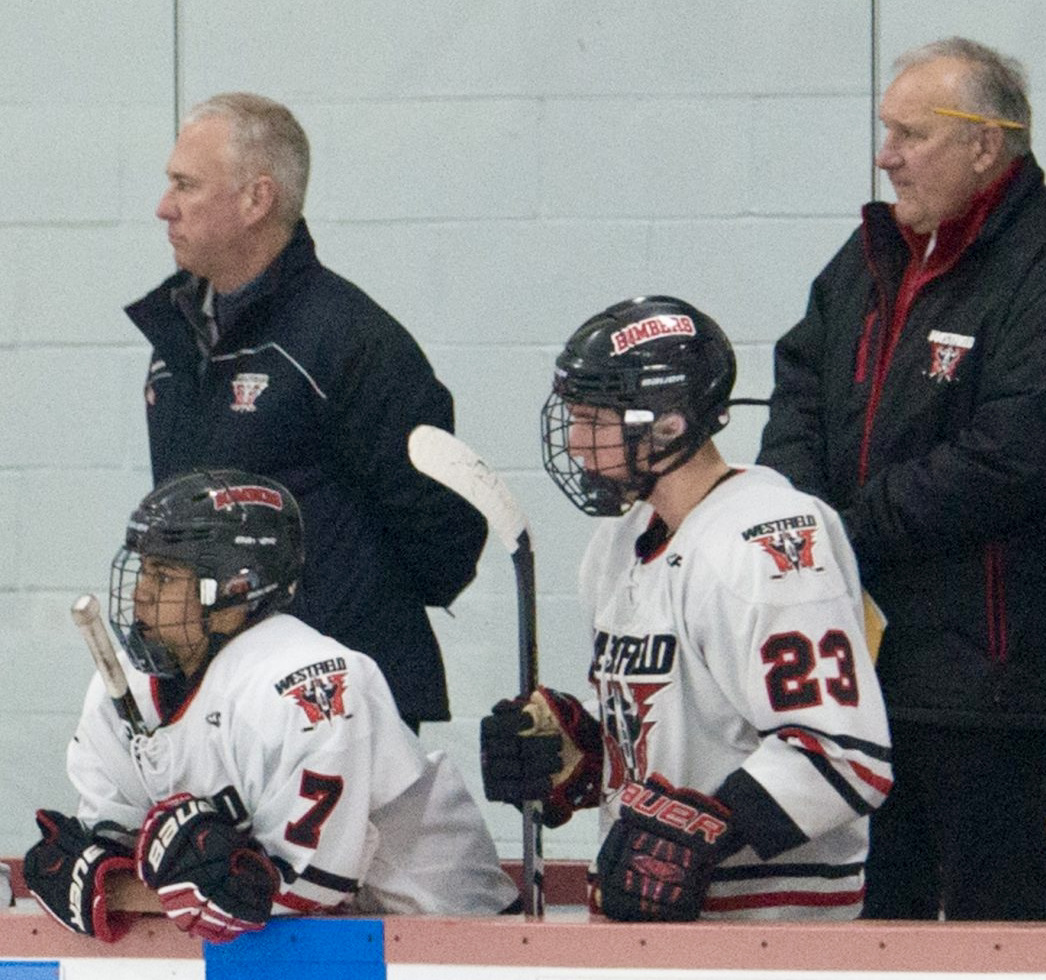 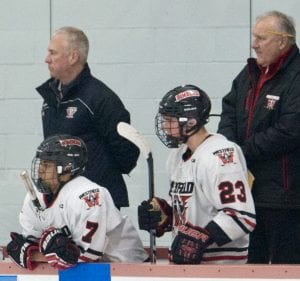 WESTFIELD – A long time ago in what seems like a galaxy far, far away….
A boy by the name of C.B. Matthews attended The Vocational High School in Westfield and played hockey for the Berkshire Blades, a Junior B hockey team out of Lenox. Matthews enlisted in the United States Air Force out of high school, serving as a load master on C-130 and C-141 aircraft; and, after leaving the Air Force, played semi-professional hockey for the Bristol Champions (South Windsor, Conn.) from 1970-73, according to data compiled from Hometeamsonline.com.
With his playing days behind him, Matthews turned to coaching. From Westfield Youth Hockey to the District 6 Allstars to Williston Academy and eventually to Westfield High School in 1988, a legacy was born. He became THE man, although most knew him simply as “Moose”.
What coach “Moose” Matthews did for the Westfield Bombers was a thing of beauty.
In the last two decades as head coach of the Westfield High School boys ice hockey team, Matthews compiled 13 Western Massachusetts titles during a 17-year stretch that culminated with a third straight championship in 2018.
Matthews coached three Bombers teams to state championship victories and three others to become runners-up. It should also come as no surprise in his 30-plus-years of coaching that he enjoyed his 300th victory during what can only be described as an unprecedented run.
“It was a tough 2-3 years to get rolling … but once we got organized,” Matthews said, “things were moving pretty good.”
Matthews said he did not perform any Jedi-like mind tricks over his players, but rather, it was the type of players that started to show up wanting to play hockey for Westfield High that made the difference.
“I got players that wanted to be Bombers, that wanted to be on the ice, and who were proud to put that jersey on,” Matthews said. “We don’t care who scores a goal, if it’s a defenseman. Just put ‘W’s up on the board. It was the players from the freshmen to the seniors who wanted to put on a good show. Every year I had super captains.”
Matthews, who won his 15th Western Mass championship three years ago, recently announced his plans to retire as head coach of the Bombers, paving the way for a former assistant, David Pelletier, to take over the reins of the program.
“I figured it was time for some young blood,” Matthews said. “It was time for a change. …I think (coach Pelletier) will keep the program moving in the right direction.”
Pelletier served as head coach of the Longmeadow girls ice hockey co-op prior to Melissa Vandermyn’s arrival.
Matthews might be out as head coach of the Bombers but he will never be forgotten, and while he might be out of mind, you might just catch sight of him during an upcoming WHS boys ice hockey game.
“I still love Bombers hockey,” he said. “I’ll be at the games watching them.”