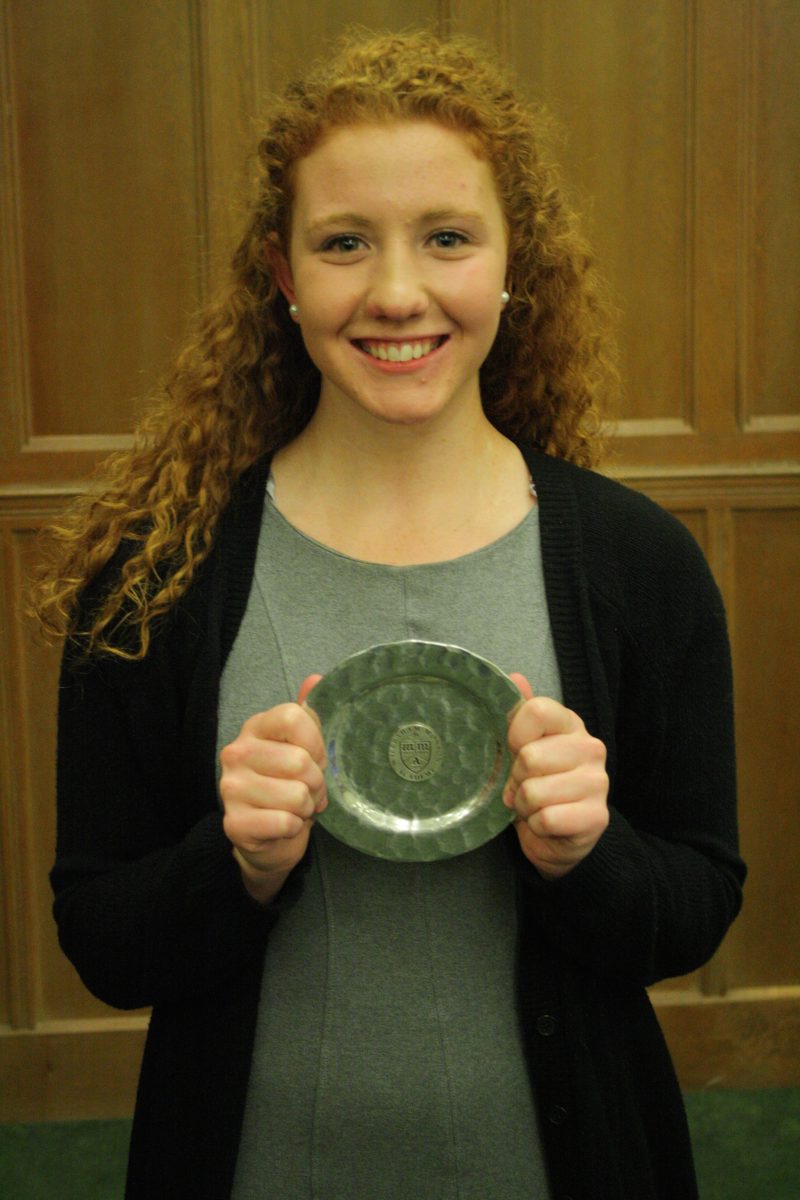 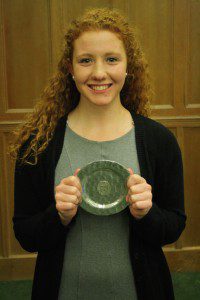 WILBRAHAM – The career of arguably the best field hockey player in the program’s history at Wilbraham & Monson Academy has come to an end.
“My four years at WMA has been unbelievable,” said Sydney Liptak (2016), of Westfield. “Everyone has been so willing to help me. I’m thankful to have worked with Coach (Liz) Fontaine and the athletic staff, and I’m thankful for working with all the girls on the team. I couldn’t be happier.”
Liptake was named the team’s MVP at the WMA Athletic Awards Ceremony Nov. 17. It was the second time she’s earned the honor.
“I remember meeting Sydney in my classroom during a WMA Fall Open House,” Coach Fontaine explained. “I had seen her play in a recreation league game and knew she would be a game-changer for our program.
“Sydney has been a game-changer for us over the last four years. This year she was our leading goal scorer and center back. I can’t wait to see where your future takes her.”
Liptak, who has been recruited by colleges of all levels, had the ability to dominate a game, and she did so multiple times during her senior year, especially in games played on turf. For the fourth consecutive year, she was selected to play in the league’s all-star game.
“Getting the Most Valuable Player Award this year was different than getting it my sophomore year,” Liptak explained. “Being a senior captain, I had more responsibility and I looked at the season differently. I’m honored to be named MVP my senior year.”