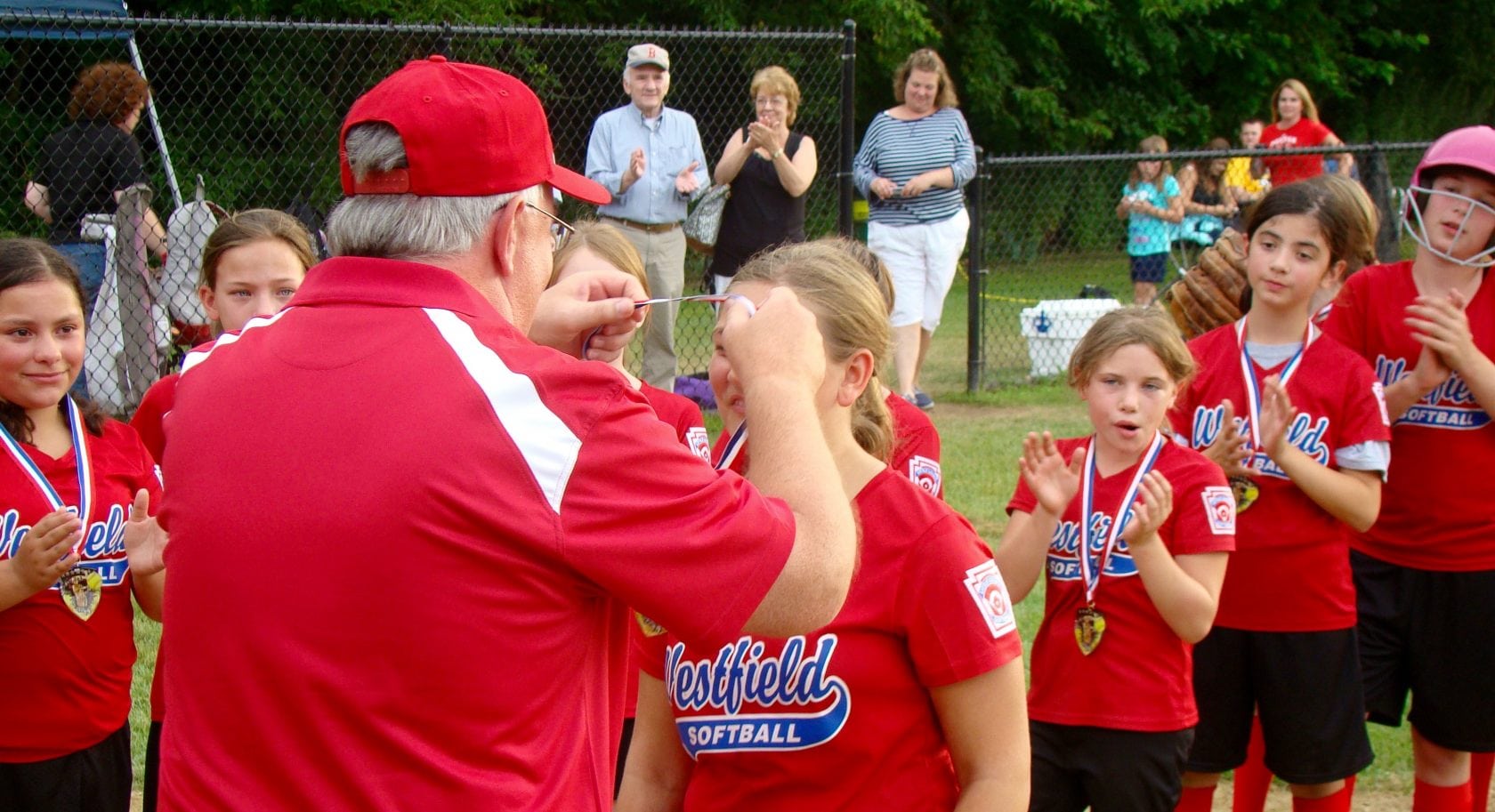 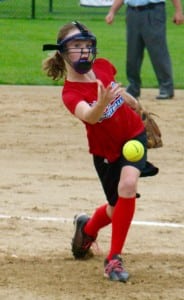 WOBURN – The Westfield Little League Softball 9-10-Year-Old All-Stars’ sensational summer came to a blistering halt in the state championship. Still, there appears to be many sunny days ahead for this group of young female athletes.
Peabody exploded for six runs in the bottom of the third inning en route to a 10-4 victory Sunday in Game 2 of the finals, sweeping Westfield 2-0 in the best-of-3 series at Gonsalves Field in Woburn.
Peabody got off to a fast start, and never looked back.
In the first inning, Emma Bloom, Isabel Bettencourt, and Brianna Meroli hit consecutive singles to fuel the offense early. Peabody went on to score two runs in the inning.
Peabody blew open the game in the third. 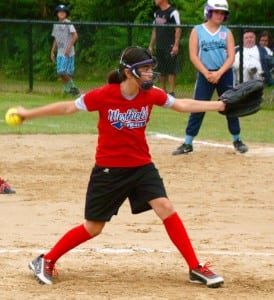 After taking a 5-0 lead on a fielder’s choice and error, Peabody loaded the bases for Bloom. Bloom hit a bases-clearing double to help her team to an 8-0 advantage.
The heads of several Westfield players sank, but the resilient bunch from the Whip City picked up their bats and rose to the occasion.
Lindsey Deland singled to lead off the top of the fourth. Gianna Strange drew a walk. After a ground out, Emma Cleland hit a sacrifice RBI to drive in the first Westfield run. Isabella Delmonte followed with a run-scoring single. Westfield trailed 8-2.
Peabody appeared shaken, but recovered to reclaim one run in the bottom half of the inning.
Westfield scored two runs in the fifth when Strange’s high blast to shallow left field fell in for a base hit. 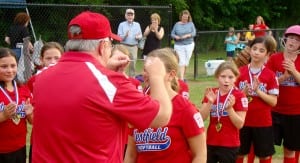 It was the final run of the day for either team.
Bettencourt retired the side 1-2-3 in the top of the sixth inning, two by way of the strikeout to end the game with a complete effort on the mound. Peabody was crowned the state champ.
“We have a really young team, a lot of nine year-olds who are here for the first time,” said Westfield manager John DeLand, whose team fell 9-4 in Game 1 of the state championship series Saturday.
It was the team’s first-ever All-Star tournament at this age level.
“Our girls came out and weren’t intimidated,” DeLand said. “We might have lacked a little pitching, but I liked the way (the girls) handled it. We’re going to be ready to come back next year.”