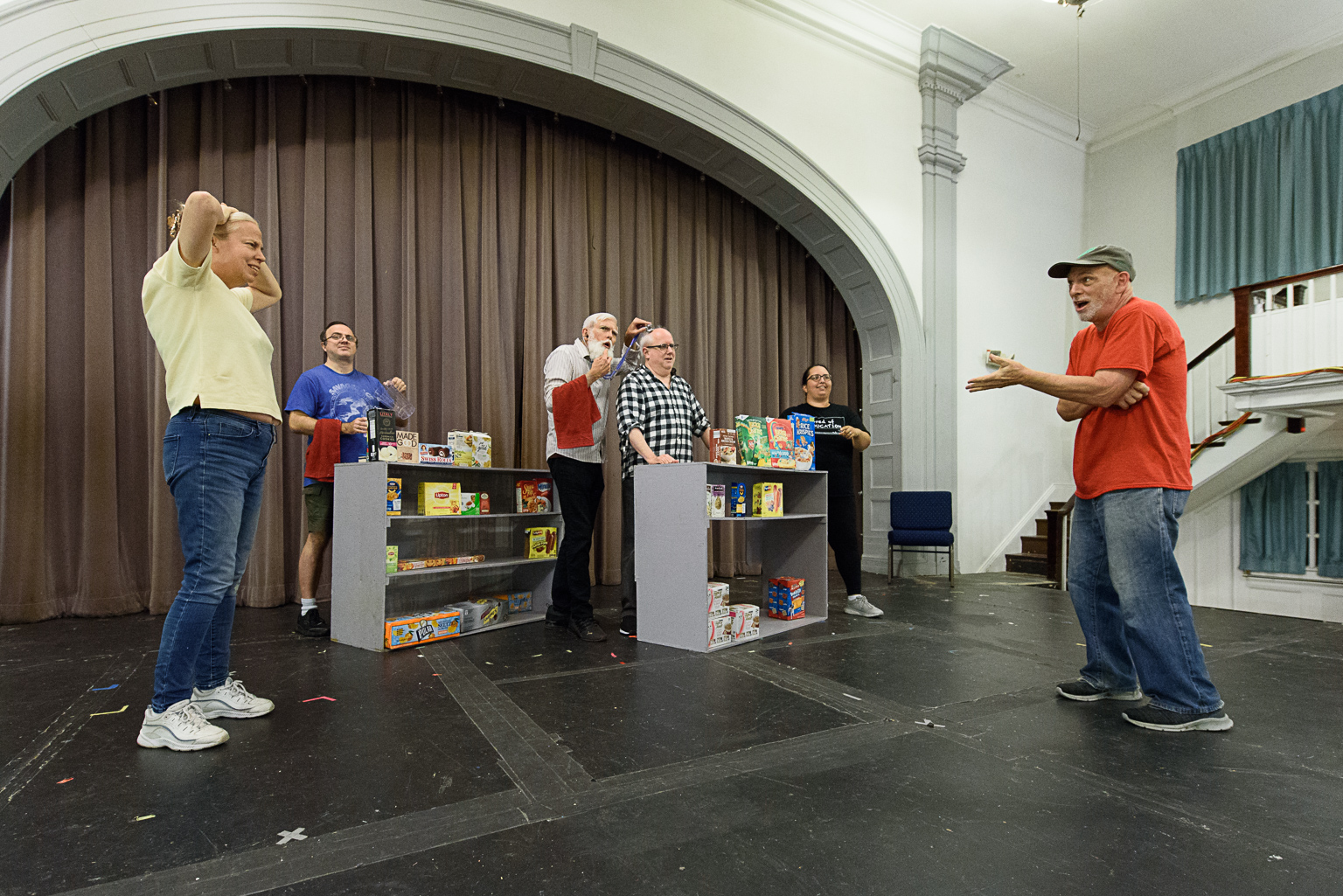 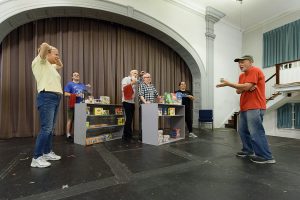 WESTFIELD — Local playwright Steve Henderson brings two plays to the Westfield Theatre Group stage this month — a romp and a drama — to entertain audiences who are eager once again to attend live theater.

“Spontaneous Combustion” and “Morse Code” will be presented Oct. 15, 16, 22 and 23 at 7:30 p.m. at the Westfield Woman’s Club on Court Street. The Westfield Theatre Group is a department of the woman’s club.

Henderson, a Westfield resident who is also directing the productions, noted that each play runs approximately one hour, with an intermission observed between shows. Refreshments will be available during intermission.

“The ‘Spontaneous Combustion’ actors have worked incredibly hard and we have been cracking ourselves up more and more,” said Henderson. “The group is getting really tight and we are making ourselves laugh. If we can make the audience laugh — it will be a hit.”

“We have been rehearsing since mid-August and we’ve had so much fun,” said Henderson.

On a more serious note, “Morse Code” stars Robert Clark and Tom LeCourt as brothers who tease, challenge, fight and care for each other as only two people who have grown up together can, noted Henderson. 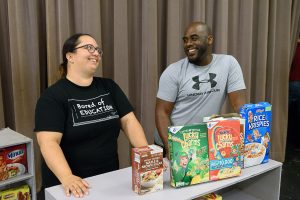 “With ‘Morse Code,’ there are comedic elements, but it is a drama,” said Henderson. “Rob and Tom have brought tremendous energy, depth and understanding of the story line and the characters, and have brought them to life.”

Henderson added that his message for “Morse Code” is that we are all human and when “things are going terribly wrong, the best thing that can happen to us is to have another human being care.”

Henderson, who has been active in the theater “off and on” since age 6, said it has been “very rewarding” to bring these plays to the Westfield Theatre Group.

“Theater in and of itself is a unique art form, it exists in time,” said Henderson. “The play happens and then it is gone, and then you only have your memory of it. There is something magical about it.”

Both plays have received awards — “Morse Code” was recognized for outstanding achievement in playwriting in 1994 by the Community Theater Association of Western Massachusetts, as well as the Robert R. Lehan Playwriting Award from Westfield State University in 2001, and “Spontaneous Combustion” received a CTA award around 1990, noted Henderson.

As actors continue rehearsals up until show time, Henderson feels blessed to have been chosen by the Westfield Theatre Group board to stage his productions.

“Live theater has been around since cave drawings, it is really primal,” said Henderson. “I think theater is primal — people getting together, watching people act, and seeing a story unfold.”

John Farrell, who serves as the theater’s chairperson, shared a similar sentiment. 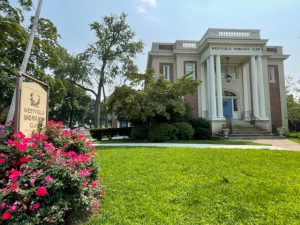 The Westfield Theatre Group, a department of the Westfield Woman’s Club, will once again offer live theater this fall, starting with two plays this month by Westfield playwright Steve Henderson. (LORI SZEPELAK PHOTO)

“As the chairperson, I am absolutely thrilled to have live theater back on the Westfield stage,” said Farrell. “It’s been a long struggle for the whole entire area so for us to have live indoor theater is amazing. We hope people come out to see this evening of shows as it will be a whole bag of emotions, mainly laughing, to get everyone in amazing spirits as we get closer to the end of the year and the holiday season.”

Farrell added that all patrons – whether vaccinated or not – will be required to be masked during all performances.

Tickets are $18 for adults, and $15 for military, students and seniors (60 and older). A special opening night ticket price of $15 is also being offered. For tickets, call 413-572-6838, or visit www.westfieldtheatregroup.com to make reservations.