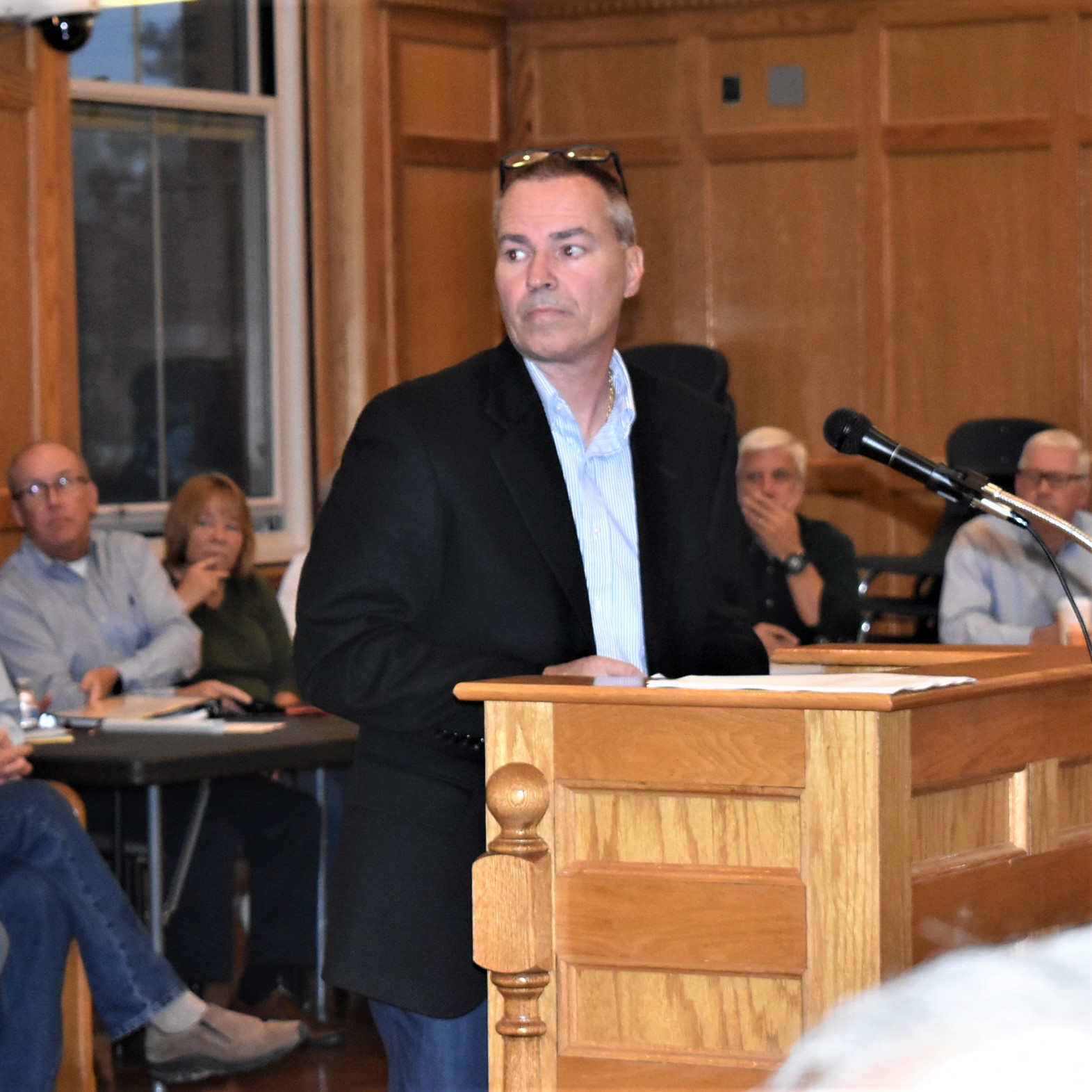 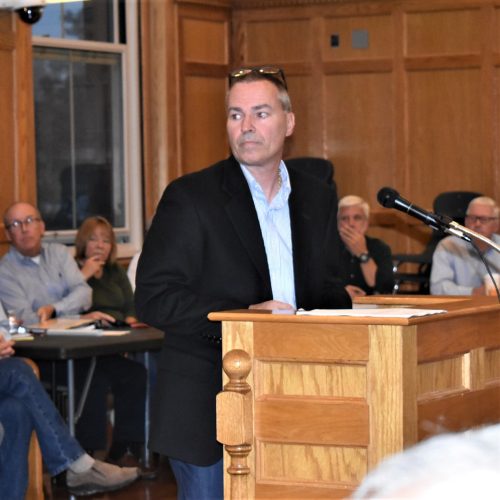 WESTFIELD — The city can take or leave an average of $9 million in annual tax revenues, but the time to quibble over the size of the payment is over, Westfield Data Center developers told a public hearing Monday night.

“We looked at the entirety, what do these numbers have to be to get this to work. We know where we have to be,” he said, adding, “You need to make a decision. Is it worth us doing this and getting 100 percent of something, or zero percent of nothing?”

He was responding to questions by City Councilor Dave Flaherty, who spent much of the four-hour public hearing challenging the numbers and supposed benefits of the $2.7 billion plan to build 10 computer server centers off Servistar Industrial Way and Ampad Road.

Servistar Realties negotiated with Mayor Donald Humason Jr. a payment in lieu of taxes that amounts to an average of $6.4 million per year under Chapter 121A of state law, which allows cities to offer tax incentives for the development of blighted or substandard industrial properties. As part of the PILOT agreement, the city would also receive $2.4 million in sales and excise taxes collected by the state.

The Planning Board was slated to discuss whether the project meets Chapter 121A standards at its Oct. 5 meeting, after The Westfield News’ deadline.

Bartone said the data center proposal involves acquiring 16 parcels of land on 162 acres, from 13 different current owners, to build up to 10 data centers over 12 to 18 years. Annual tax revenues would increase as the project is built, totaling $360 million in tax revenues over the 40 years of the agreement.

“The construction never ends,” he said.

He said the New England states are currently extremely competitive for data centers. Bartone said Servistar looked at locations in Massachusetts, Rhode Island and Connecticut, where the Legislature recently passed a 30-year tax exemption to attract data centers. He said Servistar is currently working with the Massachusetts government to create a sales and use tax break to compete with Connecticut.

Bartone said the Chapter 121A agreement is a relatively small portion of the cost of the data centers, only 8 to 10 percent of the operation. Energy is the largest, at 50 to 70 percent of expenses.

“One building uses $7 million of electricity. You can see the magnitude of the costs,” Bartone said. He said sales and use tax is another big field.

Bartone said the data center industry began in Silicon Valley and later concentrated in Loudoun County, Va., due to a favorable tax environment.

“The growth in data centers is enormous in that area due to the prime location of underseas cables,” Bartone said. He said now a lot of Fortune 50 companies are looking to locate in other areas, to diversify their locations.

Westfield is an attractive location because of its local, reliable energy grid, Bartone said. He said Eversource recently did a $36 million upgrade and built a new substation in the city. He said the company has very high reliability, and has never been offline in 10 years.

Servistar also looked at fiber-optic data networks, and considered Whip City Fiber unique, as it is connected to the transatlantic cables into Boston. Other pluses were the Interstate 90 corridor, which links Westfield to Boston and Manhattan, and accessibility to three airports — general aviation at Westfield-Barnes Regional Airport and scheduled commercial service at Bradley Airport in Windsor Locks, Conn., and Logan Airport in Boston.

One disadvantage is the energy costs in Massachusetts and New England. Bartone said Servistar has negotiated a rate just shy of 7 cents per kilowatt-hour through ISO New England, compared to 5½ cents in Loudoun County, which gets power from nuclear plants. Property taxes in Westfield are close to what they are in Loudoun, and a little higher than Westfield’s direct competition elsewhere in New England.

Bartone said the key considerations are the energy costs and property taxes.

“We are now looking for local approvals from the City Council, Planning Board and Conservation Commission,” he said.

Jane Mantolesky, of Fitzgerald Attorneys at Law in East Longmeadow, said the Servistar group has met with city officials several times to work on the Chapter 121A agreement. She said the mayor, collector, assessor and legal all reviewed it. She said the state Department of Housing and Community Development has reviewed it twice.

The next step, she said, is for the Planning Board to review the agreement and report to the City Council within 45 days. If the council agrees to move the project forward, it has 30 days to submit its approval to the mayor, who then reports back to DHCD for a final signoff.

Asked about the sensitivity of the area regarding wetlands and Eastern box turtle habitat, Paul Corey of Servistar said the design originally had an eleventh building off Servistar that was removed for additional turtle habitat. He said 53 acres of the site will be protected, with no development. “The cost of development is very high for this,” he said, adding that being located in the industrial zone, the development conditions should be much better.

“We were able to design the data centers around all the land without impacting the sensitive environmental areas,” Corey said, adding, “We believe this is being developed right.” He said this is the biggest land project in Massachusetts, next to the Encore Boston Harbor casino project in Everett.