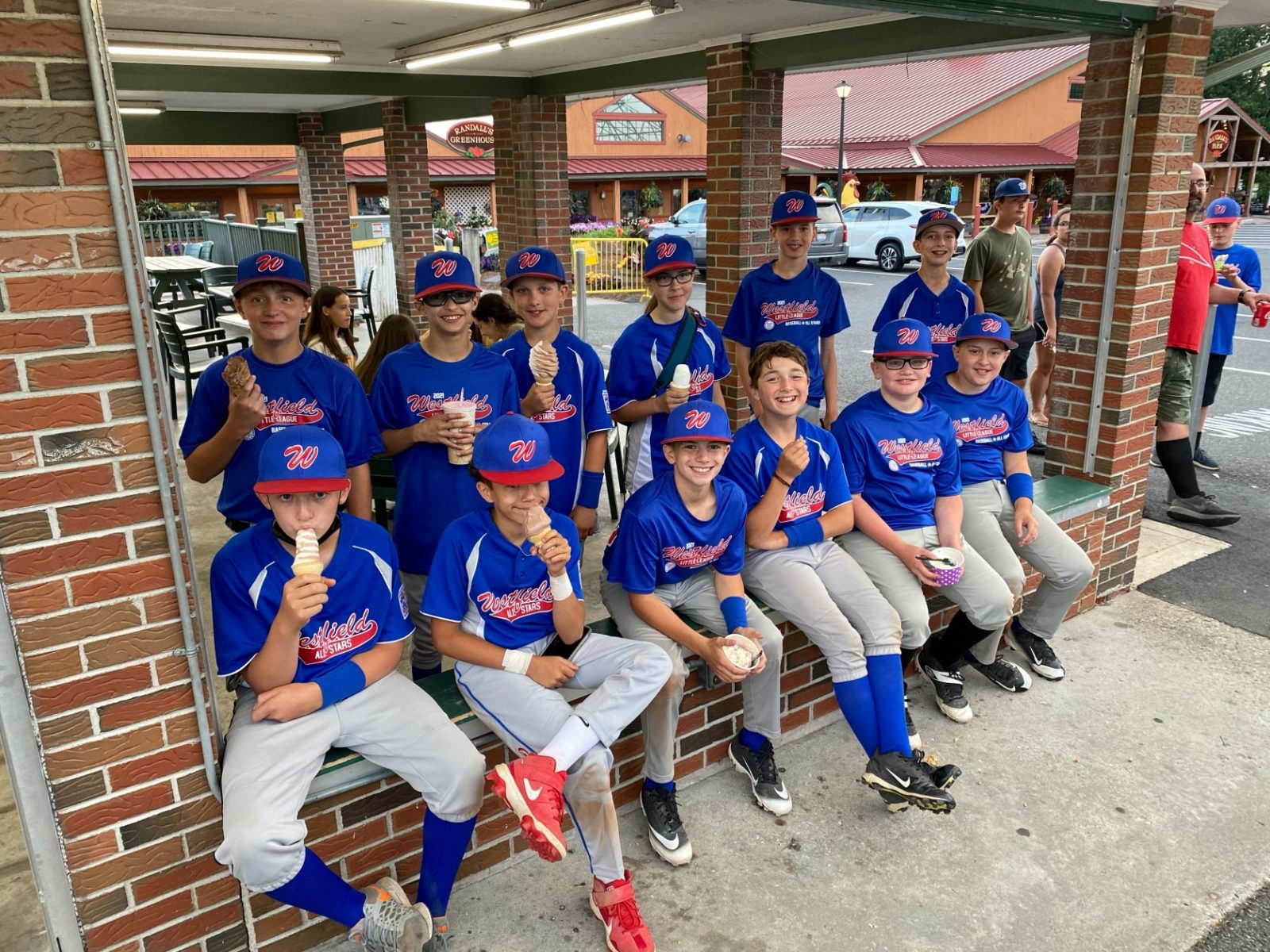 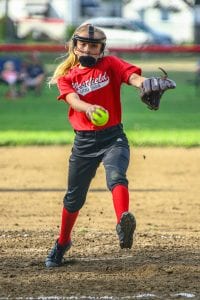 WESTFIELD – The saying goes “good things come to those who wait.”
The Westfield Little League Softball 12U All-Stars will soon know if that applies to their team as the district championship was rained out Thursday night and tentatively rescheduled for Monday.
As for their previous competition, Hadley/Amherst, they waited and waited and waited – – for a hit – – in their June 29 district tournament game, but it never came.
Westfield pitcher Julia Bonfittto threw a no-hitter and struck out nine hitters in four innings of a convincing 17-0 shutout of Hadley/Amherst.
Westfield’s bats were rocking as they started the scoring with two in the first and continued the onslaught with five in the second and five in the third.
Sydney LaPanne went 3-for-4 with a home run and a triple. Bonfitto went 4-for-4 with two doubles and a triple and Hazel Olsen had three hits. Riley Davidson had her first extra base hit with a loud triple to spark the 5-run rally in the second. Jayliani Santiago added a long double as Westfield had seven extra base hits. Bonfitto scored four runs, while Olsen and LaPanne scored three runs apiece and Katie Bouchard and Emma Nelson each had two runs.

June 27
Westfield 20, Hadley/Amherst 9
Westfield got off to hot start as they scored three runs in the first and never looked back. Bonfitto, LaPanne and Santiago paced the offense. Bonfitto went 5-for-5 with two doubles, LaPanne was 4-for-4 with a walk and Santiago finished 4-for-5. All three players scored four runs. Hazel Olsen got on base three times and scored three runs while Emma Nelson had three hits including a double and scored two runs. The pitching duties were split between Bonfitto, Gianna Capua and LaPanne. They totaled nine strikeouts in five innings.

June 24
Agawam 11, Westfield 1
In the first game of pool play, Westfield got off to an early lead as Bonfitto, singled, stole second base and scored on a hit by LaPanne. Agawam answered with one run in the first and took the lead with three in the second inning. Agawam eventually broke open the game in the fourth inning as errors and control problems plagued Westfield pitching.
Bonfitto and Capua handled the pitching duties and had eight strikeouts between them. Santiago and LaPanne had two hits apiece to pace the offense as Westfield outhit Agawam 6-to-3. Katie Bouchard had the defensive play of the night with an unassisted double play.
Avery Gordon pitched well for Agawam, allowing six hits and no walks.

LITTLE LEAGUE BASEBALL 11U ALL-STARS
June 30
Westfield 20, Agawam 0
Westfield’s 11U All Star baseball team bounced back from a first game loss against Easthampton to beat Agawam 20-0 Wednesday night. The game started Tuesday with Westfield taking a 5-0 lead heading into the top of the third inning when play was halted due to weather. When play resumed Wednesday night the Westfield lineup did not let up, scoring 15 runs in the top of the third.
Westfield had 19 hits on the day led by Coen Marchacos, Carsen Michelucci, and Jaylen Dean, each with three hits. Michelucci led the team, driving in six runs. Michelucci had an inside-the-park grand slam. Dean pitched three innings, giving up no hits and striking out six batters. The 11U team finishes up round robin play on the road against Holyoke Thursday night.
The one thing I forgot was Carsen had an inside park grand slam

LITTLE LEAGUE BASEBALL 8-10 ALL-STARS
Westfield 19, Southampton 14
Dylan Rozell pitched the first three innings and struck out eight batters in a great start. He was followed on the mound by Drew Bean and Jacob Elmer. Elmer pitched 2.2 innings of solid relief.
The Westfield offensive attack was led by Jackson Barnes and Dustin Piper who had two hits apiece. Evan Lucas and Austin Sadowski each had doubles. Jadon Buell, Logan Bard, Elmer, and Rozell also chipped in with base hits.
Bard made the defensive play of the game as the left fielder threw out a Southampton runner at second trying to stretch a single into a double.
Westfield’s aggressive base running also was a key in the victory.