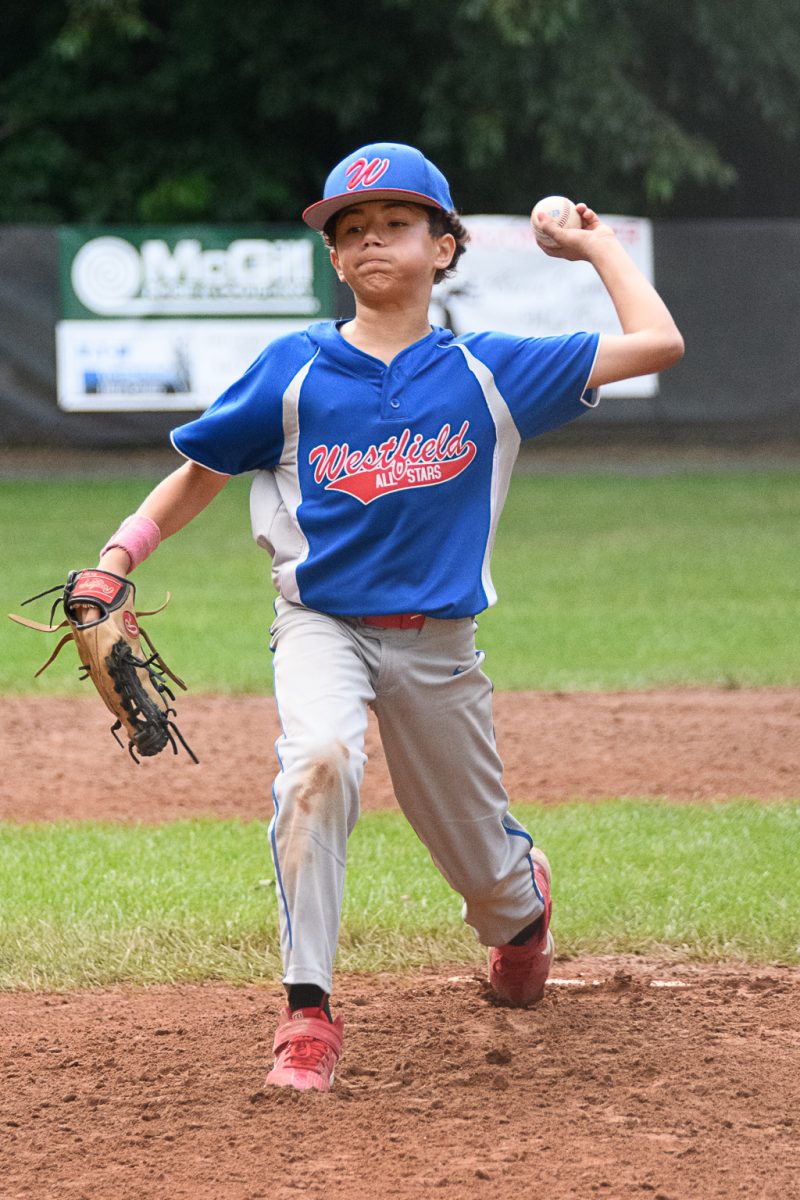 LONGMEADOW – While Pittsfield has been a serious roadblock for the Whip City’s Babe Ruth All-Stars, Longmeadow is quickly becoming a thorn in the side of the Westfield Little Leaguers. For the second time in four days, Longmeadow eliminated Westfield in a Little League Baseball District 2 championship.
On Tuesday night, the Longmeadow 10-Year-Old All-Stars shut out Westfield 19-0 in the D2 final. Then, on Friday night, Longmeadow silenced Westfield 4-0 in the 12-Year-Old title game.
Longmeadow took an early lead and never looked back. Their pitcher, Jackson Passano did the rest. Passano tossed a complete game two-hitter, striking out 15 batters and walking none. He retired 12 straight batters over the final four innings, including nine consecutive Ks to end the game.
Longmeadow jumped out to a 1-0 lead in the top of the first inning on a Chase Wagner single. In the third inning, Robbie Pierson hit a line drive that smacked the first base bag and skipped over into the outfield grass, resulting in two runs. Longmeadow added an insurance run in the fourth with a Wagner base hit.
Josh Elmer and Evan Miller had the lone hits for Westfield. Westfield pitcher Anthony Sanchez recorded six Ks.
In the 7-9-Year-Olds championship, Agawam defeated Westfield 18-2 at Memorial Field.