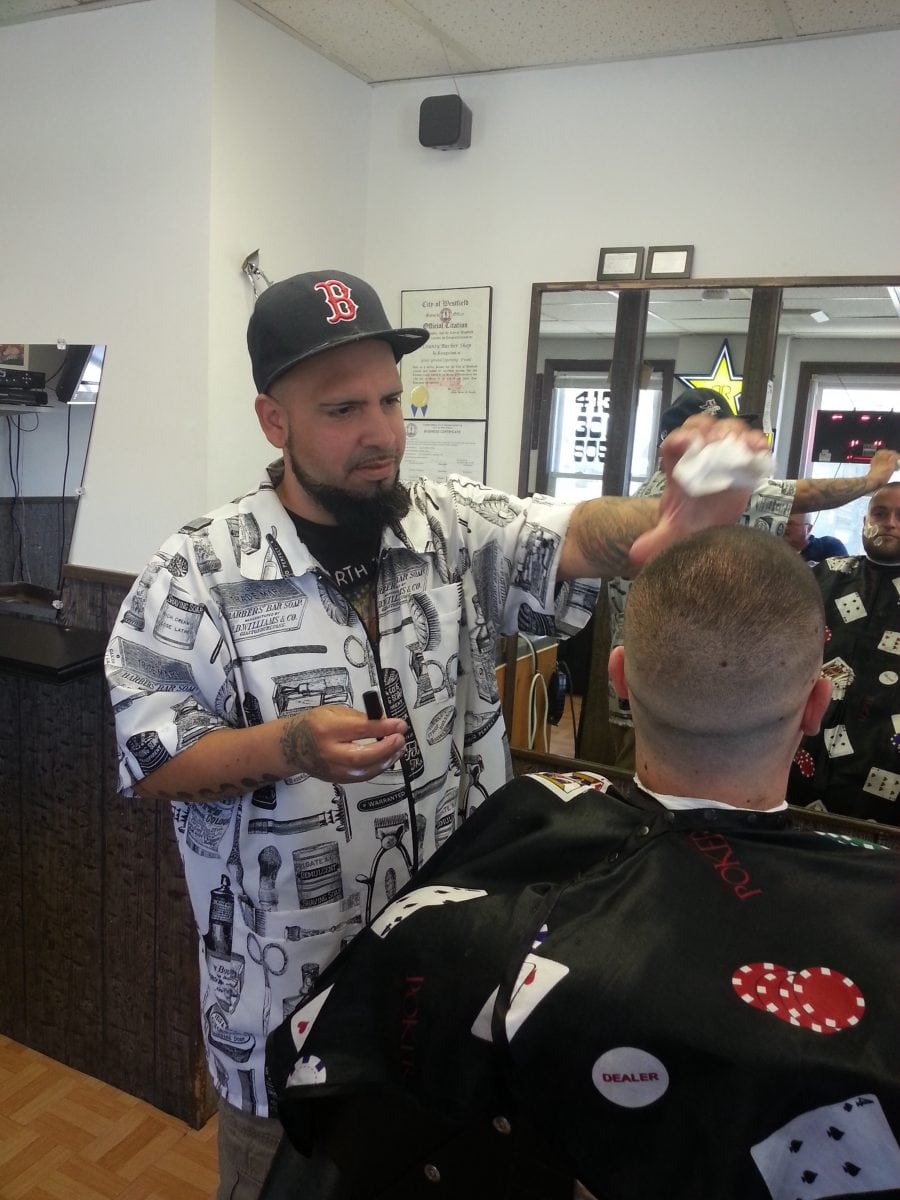 WESTFIELD – A local barber was robbed for a second time in two weeks by the same person.
David Munoz, owner of County Barber Shop, located at 61 School Street, said Encarnacion Alvarado came into his shop around 4:15 p.m. Thursday afternoon demanding money.
“He put a razor on my neck,” Munoz said Friday, “and was screaming I”m high as hell–I”ll f-ing kill you!”
Alvarado 40, stole $750, Munoz”s rent money, from Munoz”s pocket and pushed him to the ground.
Munoz ran after Alvarado, who according to police records was on a bicycle, in the direction of the Westfield Police Station, where a police officer exiting the back door joined the chase, according to Munoz.
Alvarado, who is listed as homeless, was arrested in front of 16 Washington St. and charged with armed robbery (razor knife), threat to commit online casino crime crime (murder) and on an outstanding warrant, according to police records.
Westfield Police Capt. Michael McCabe said that after he was arrested, $926 in cash was found in Alvarado”s back pocket.
According to Munoz, Alvarado is still on probation after serving two years in Ludlow for armed robbery of a Dunkin” Donuts in Springfield three years ago.
Additionally, Munoz said that Alvarado is supposed to have an outstanding warrant from Pittsfield.
Munoz said he has known Alvarado for 10 years and used to consider him a friend, but that Alvarado has always had a problem with drugs, namely heroin.
“He”s a functioning addict,” said Munoz, who used to work with Alvarado at A Cut Above the Rest at 37 Elm St., where the defendant was recently employed.
According to police records, an employee at A Cut Above the Rest told police on Thursday that Alvarado “has not worked at this location for about three weeks.”
Two weeks ago, Alvarado entered Munoz”s shop asking for a job. When Munoz stepped out of the room, he returned to find $280 and his cell phone had been taken, allegedly by Alvarado.
Alvarado will be in arraigned in Westfield District Court today.