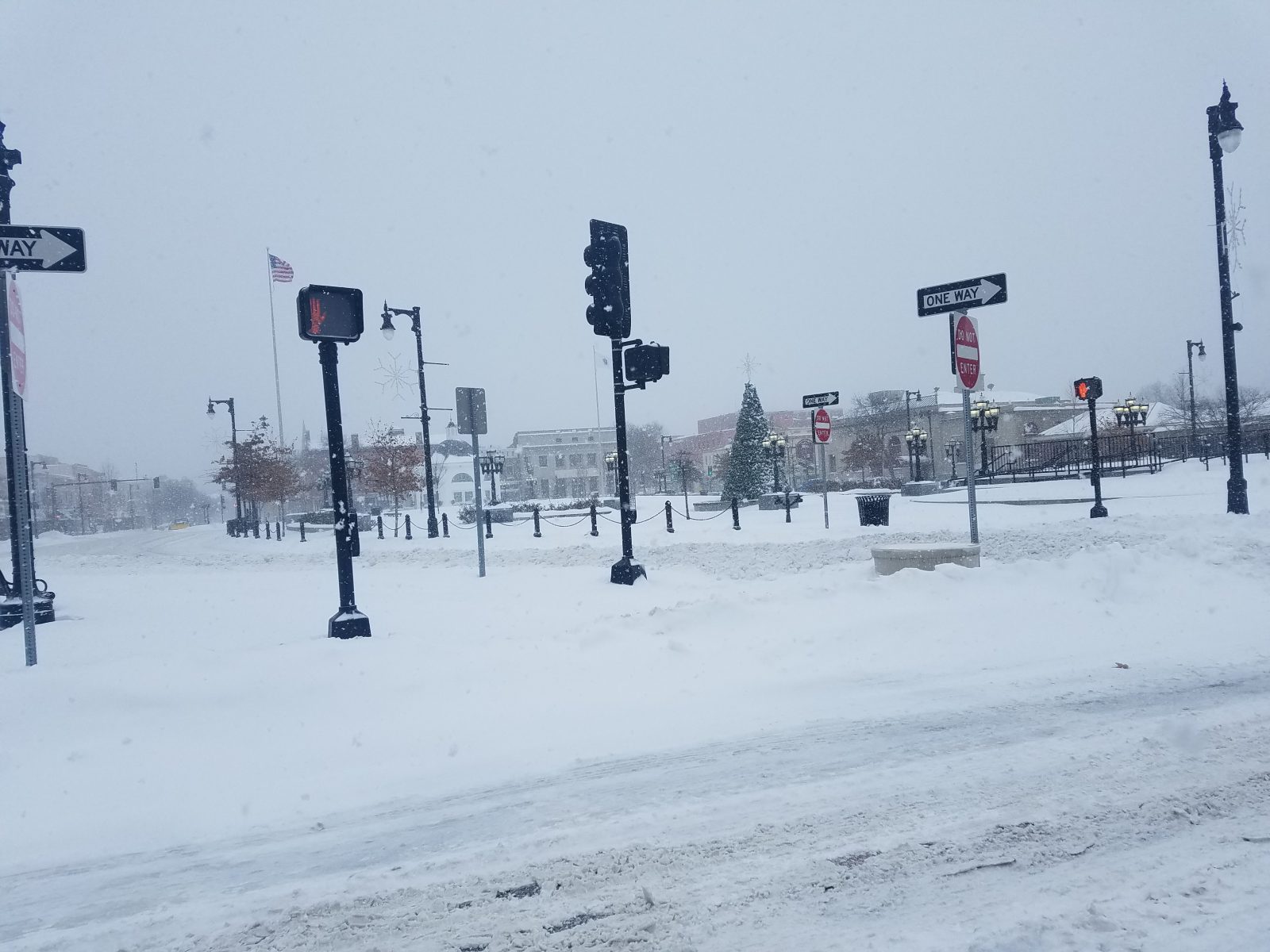 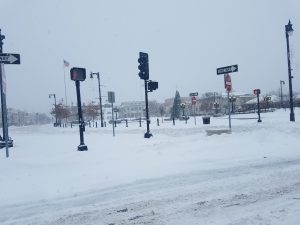 WESTFIELD – With some parts of Western Massachusetts getting nearly a foot of snow from Winter Storm Grayson, local public works departments were out in full force.

According to the city of Westfield’s Assistant Department of Public Works (DPW) Director Francis Cain, crew members started pre-treating the roads around 4 a.m. on Thursday. Westfield DPW had contractors arrive around 11 a.m. and all of the workers were out in the city, plowing and treating roads until 9 p.m.

While Cain pointed out that the storm included a lighter snow with not as much as ice, DPW workers still had to overcome the powerful winds.

“You had to deal with the drift,” said Cain.

Westfield schools cancelled classes Thursday and initially issued a two-hour delay on Friday before the school day was ultimately cancelled. City operations were also shut down by Westfield Mayor Brian Sullivan on Thursday, with City Hall closing at 12:30 p.m. and the scheduled City Council meeting that night being moved to Monday, Jan. 8.

Also, the Westfield DPW reported through the city’s website that they will be continuing to collect trash from the Wednesday-Thursday pick-up schedule through Saturday.

Doug Roberts, the DPW Director in Granville, echoed Cain’s description of the storm. While Roberts mentioned that every storm has its own unique obstacles, he felt that his crew had a successful experience on Thursday.

“Our operations went pretty smooth,” said Roberts. “Roads were kept passable and made safe soon after the storm ended.”

Being a small community of around 1,500 people, Roberts doesn’t contract out, instead he uses five or six full-time and part-time employees in the DPW to assist him in the storms.

Despite the fact that work crews in Westfield, Granville, and Southwick stopped their plowing efforts late Thursday night to rest, each town’s employees and contractors were back at it before 4 a.m. on Friday to treat the roads again and clear off any more snow.

Randy Brown, the DPW Director for Southwick, noted that he had his entire crew out, along with 15 private contractors, to tackle Southwick’s roads and he was pleased with how the workers fared with the storm.

“I think it went pretty well,” said Brown. “The storm was a little difficult in terms of the wind but the guys are doing a pretty good job keeping snow off the roads the best they can.”

In Westfield, the public works department will typically have to haul snow to a designated area in town. This prevents too much snow overcrowding sidewalks and streets. Cain said that workers are beginning to haul snow in the downtown section of Westfield and will bring it to a city-owned property on Cabot Road.