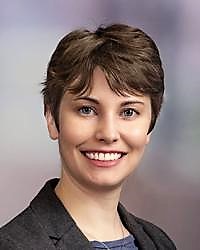 SPRINGFIELD- The progression of the COVID-19 pandemic over the last 10 months has been staggering, and for many people it was completely unexpected the way it unfolded.

As the virus progressed to kill upwards of 330,000 Americans as of Dec. 23, our collective understanding of the science behind COVID-19 progressed as well.

Dr. Megan Gallagher is an Infectious Disease Specialist with Baystate Health who does some work at Baystate Noble Hospital. Gallagher had been paying close attention to the 2019 Novel Coronavirus before it was given the name “COVID-19” and before it had been declared a pandemic by the World Health Organization.

In late January Gallagher spoke with The Westfield News when there were just six confirmed cases in the U.S.. At the time there was concern that COVID-19 was a completely airborne virus, meaning the virus can spread through the air without the specific aid of moisture droplets.

More than 10 months later she said that our understanding of exactly how this virus spreads has changed dramatically.

“Now we know that the primary mode of transmission is droplet based,” said Gallagher last week.

She said that this difference is key, because when a virus is airborne, a cloth or common surgical mask would be basically ineffective at preventing the spread of the virus. Surgical masks don’t form a tight seal and they are frequently worn incorrectly, so the virus can pass right by it. An N95-grade mask would have been required to prevent someone from spreading an airborne version of the virus.

Because it is droplet based transmission, surgical masks and even cloth masks are effective at preventing the virus from passing through, as they only need to block droplets of moisture rather than the much smaller virus itself.

Gallagher said she did not expect the pandemic to progress the way it did, especially considering the level of politicization that was attributed to masks mandates and vaccines.

She said that some groups of people and politicians chose to continue to believe that masks were ineffective even after science proved that they worked.

“It was weird to me that people viewed wearing a mask as an infringement on their right to have their face uncovered,” said Gallagher.

Gallagher did note that such attitudes were not very prominent locally or statewide. She praised much of the state’s response to the pandemic so far.

She said that she has confidence in the leading vaccines that were quickly produced this year to combat COVID-19. Last weekend, Gallagher received her first dose of the Pfizer-BioNTech vaccine.

“I think the trials were done very well. The results they got were encouraging. This may be a new virus but it is not a new virus family,” said Gallagher, “The vaccine worked was based a lot on SARS vaccine research from 2003 and 2004. It seems rapid but it is based on 20 years of research.”

In February, when Gallagher last spoke to The Westfield News, one could not get tested for COVID-19 nearly as easily as one can today. At the time, tests were not available at local hospitals, and there were no dedicated mass testing sites yet. The Centers for Disease Control had to individually give out tests if the state Department of Public Health thought it was necessary.

Now, even though the testing availability is orders of magnitudes greater than what it was in February, Dr. Gallagher said that there are still not enough people being tested.

“This is reflective in percent-positivity in some places,” said Gallagher, “In some places it is in the double digits, which suggests it has spread much more than we know.”

She said she saw an analysis on Dec. 22 that argued that some groups of people should be tested twice a week or at least weekly.

“That will be the key to reopening schools and keeping long term care facilities safe,” said Dr. Gallagher, “To do that we need a lot more testing.”

Looking back to the beginning of the pandemic, Gallagher said that she realized how serious the situation in the U.S. had become when Washington state began reporting positive cases and hospitalizations where the patient had no links to international travel. This meant that the community spread of COVID-19 had begun in the U.S..

“That was when it became very clear that this was going to be a much bigger problem and focusing on people who travel was not going to work anymore,” said Gallagher.

Though many facets of this pandemic have changed over the course of 2020, some things have remained the same throughout.

“My recommendation is to continue social distancing, continue mask wearing, keep washing your hands,” said Gallagher, “We are not going to get this under control until a large part of the population is vaccinated.

She said that she did not travel for Thanksgiving and had no plans to travel for Christmas.

“As hard as it is to give up those traditions, I think taking pause and making the sacrifices for this year in hopes that we can get things under control and minimize deaths is worth it,” said Gallagher.