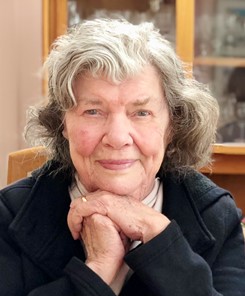 SOUTH WINDSOR, CT: Lynn Chirico, Former First Lady of Westfield, died peacefully on July 20, 2021, at Manchester Memorial Hospital after a brief illness. She was born Florentina Evelyn Reynolds Dec. 6, 1926, in Irvington, NJ, to James Thomas Reynolds and Florentina Evelyn Nagel. Graduated from Syracuse University in 1949. Married to John D. O’Connor of Westfield, MA, she became First Lady for two terms after his election to Mayor of Westfield in 1960. Lived in Marbella, Spain, from 1970-1983. Remarried to Roland Chirico of South Windsor, CT, where she lived until her death. She received a Ph.D. in History from U Conn in 1993 and wrote several books and articles.

Lynn was predeceased by her son Thomas O’Connor of Long Island, NY, and by her sister Elinor (Reynolds) Merel of Northfield, NJ. She is survived by her husband, Roland Chirico, by her children Christine (and Dawson) Church, of Petaluma, CA, Gary O’Connor (and Sylvia Galván) of Southampton, MA, Pohar O’Connor of San Mateo, CA, John David O’Connor of Plymouth, MA, and daughter-in-law Debbie Cotton of Copiague NY.

A Memorial Celebration will be held at the Unitarian Universalist Society, Manchester, CT, to be announced at a future date. An expanded obituary is posted at AbbeyCremation.com, with a guest register for people to write messages of condolence.