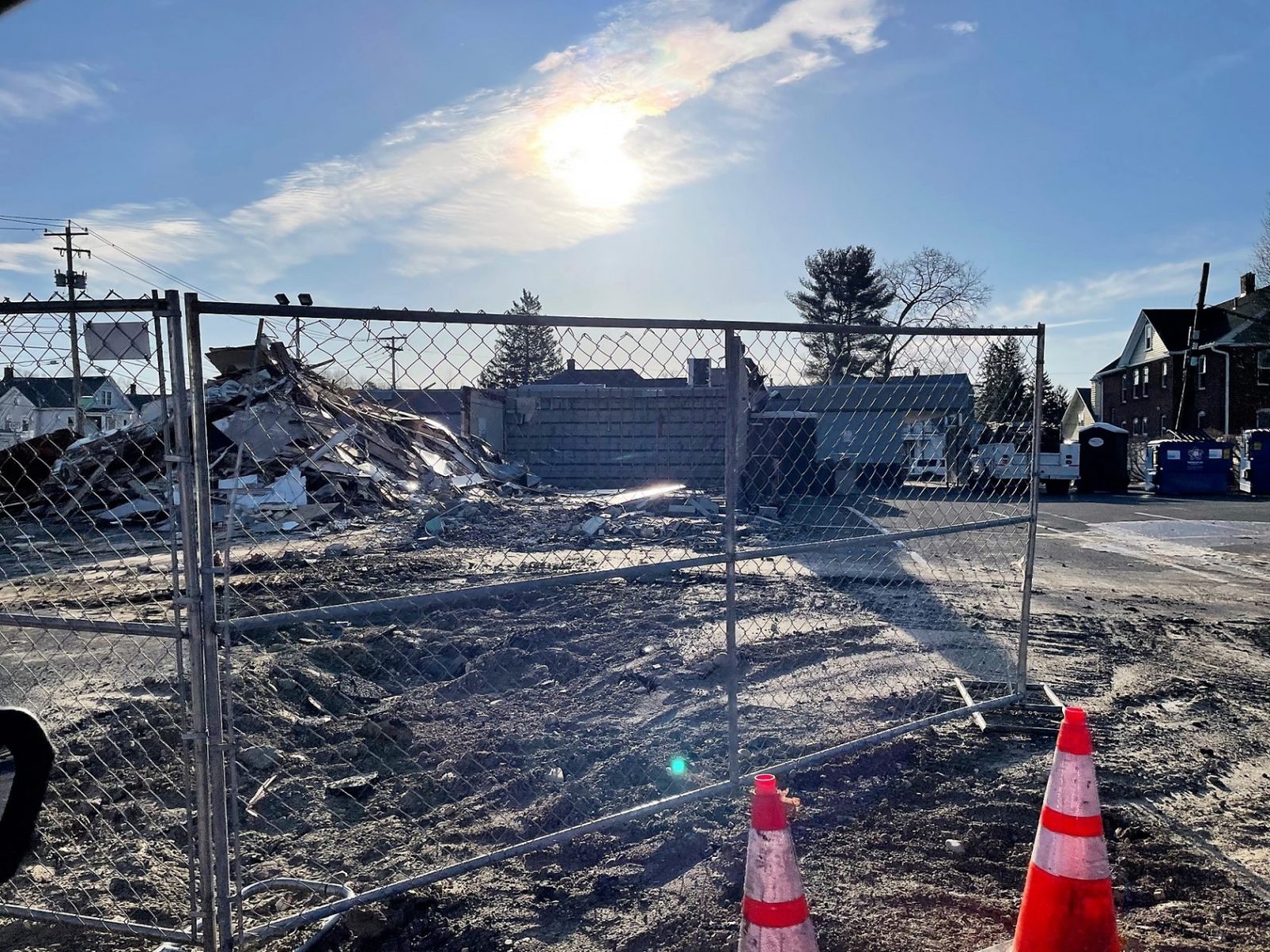 Construction begins on a new Dunkin with drive-thru 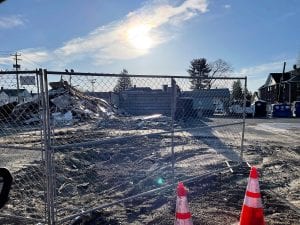 The Dunkin Donuts at 93 Main St. was razed this week to make way for a new Dunkin, complete with drive-thru, slated to open in June. (HOPE E. TREMBLAY/THE WESTFIELD NEWS)

WESTFIELD – Construction began this week at the Dunkin Donuts on Main Street.

The restaurant at 93 Main St. was razed to make room for a brand new, 2,000 square-foot restaurant. Owner Emanuel Sardinha also owns the liquor store next to Dunkin at 95 Main St., which recently received a façade update.

Sardinha said the demolition is a bit bittersweet because that was the city’s original Dunkin Donuts store.

The new restaurant will have multiple entrances and a drive-thru. In January 2020, the Westfield Planning Board approved a special permit and site plan review for the business.

The drive-thru will be located in between the two parcels and the property will have a fence as well as arborvitae plantings to create a screen for the neighbors.

The new store will be a “Dunkin,” which is the future of the brand.

Construction was originally set for last summer, but the pandemic slowed the process. Sardinha said the new store is planned to open sometime in mid-late June.

Sardinha said Dunkins with drive-thrus are busier than stores without a drive-thru, adding that the importance of a drive-thru was evident during the pandemic.

“We still haven’t recouped from 2020 at this location,” Sardinha said of the Main Street Dunkin.

Regular customers can still find their favorite employees at other Dunkin locations during construction, including manager Maria, who will be working at the East Main Street store.

“We are lucky to have such great employees,” Sardinha said. “Maria has been with us 16 years and we have several employees in the 15-20-year range.”

For the regular Main Street customers who enjoy the outdoor tables there, Sardinha said they will still have their gathering place and outdoor seating will remain at the new store.

Sardinha and his family own 13 Dunkins — eight in Westfield – as well as locations in Southampton, Northampton and Haydenville. They opened their first store here 21 years ago and while they have no plans currently for another restaurant, they will be remodeling several locations, including on Southampton Road, in the near future. They will not reopen the store that closed last year when the Mobil station on Elm Street closed temporarily.

The Sardinhas will, however, continue to give back to the community that has given them so much.

“We want to thank everyone in Westfield,” Sardinha said. “We have been in Westfield for 21 years as a family and it’s an amazing community. What we have been able to do to give back is because of what people give us. We’re very fortunate.”

And just in case you’re wondering, Sardinha’s favorite Dunkin donut is a French cruller, which he enjoys with a simple black coffee.