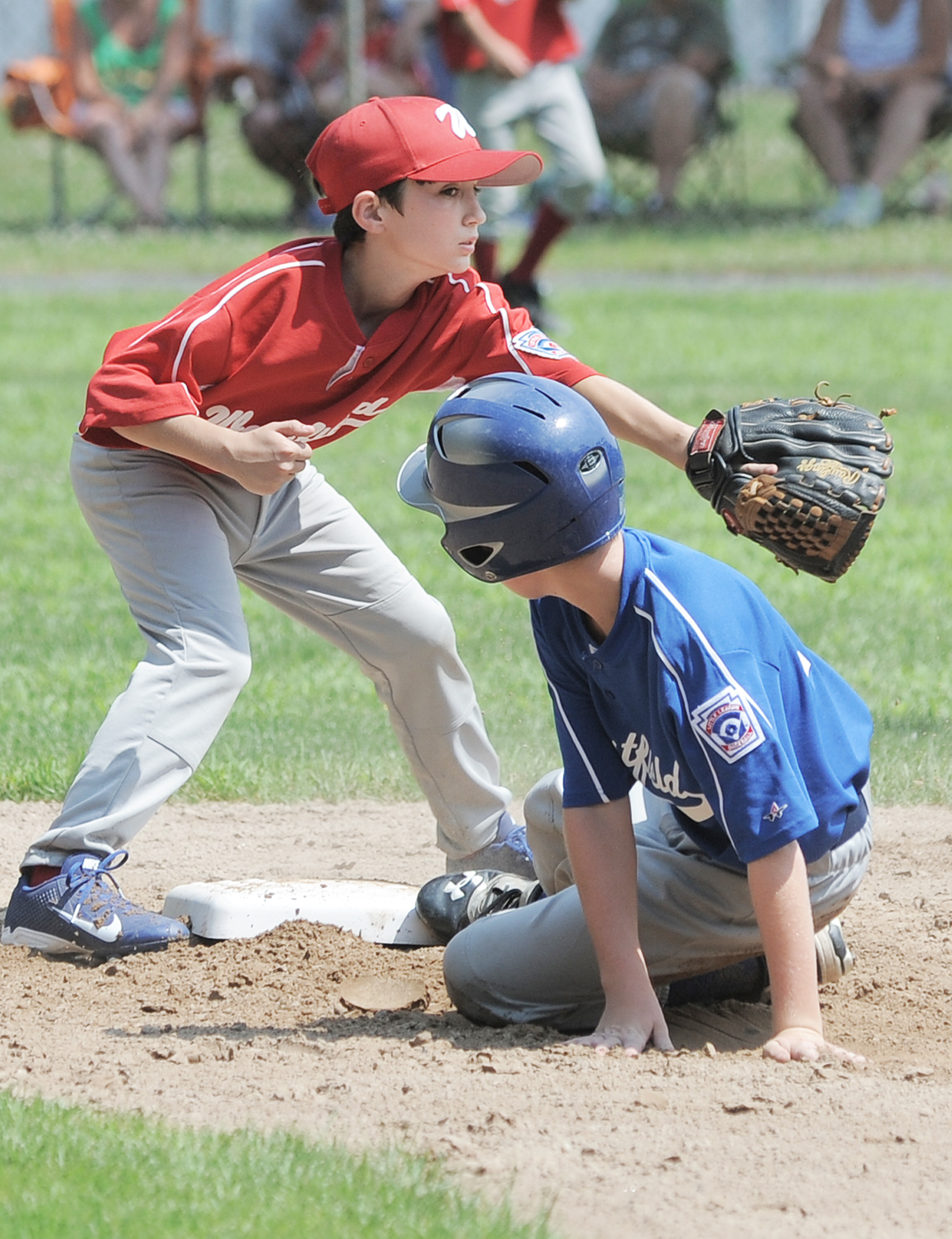 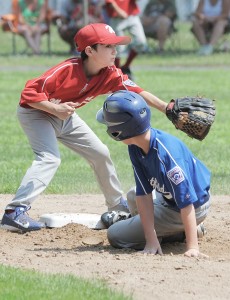 The Westfield Little League North and South Major All-Stars collide during a 2013 playoff game. Tournament season is now under way in the Whip City.

WESTFIELD – Westfield Little League has a Major announcement to share with the public.
According to Commercial Distributing head coach and Little League “American” Majors president/coach Mike Raposo, the Majors are set to host elimination games for the end-of-season championship.
A wildcard game between No. 5 Advance and third-seeded Slovak will take place Saturday at Cross Street Field at 12:30 p.m. The winner will advanced to Sunday’s semifinal game against top-seeded Moose. In the other semifinal, No. 7 Air Compressor will meet No. 2 Sons of Erin at 3:30 p.m.
Both semis will be played at Cross Street Field.
The championship will be held Tuesday at either Cross Street or Papermill fields at 6 p.m. 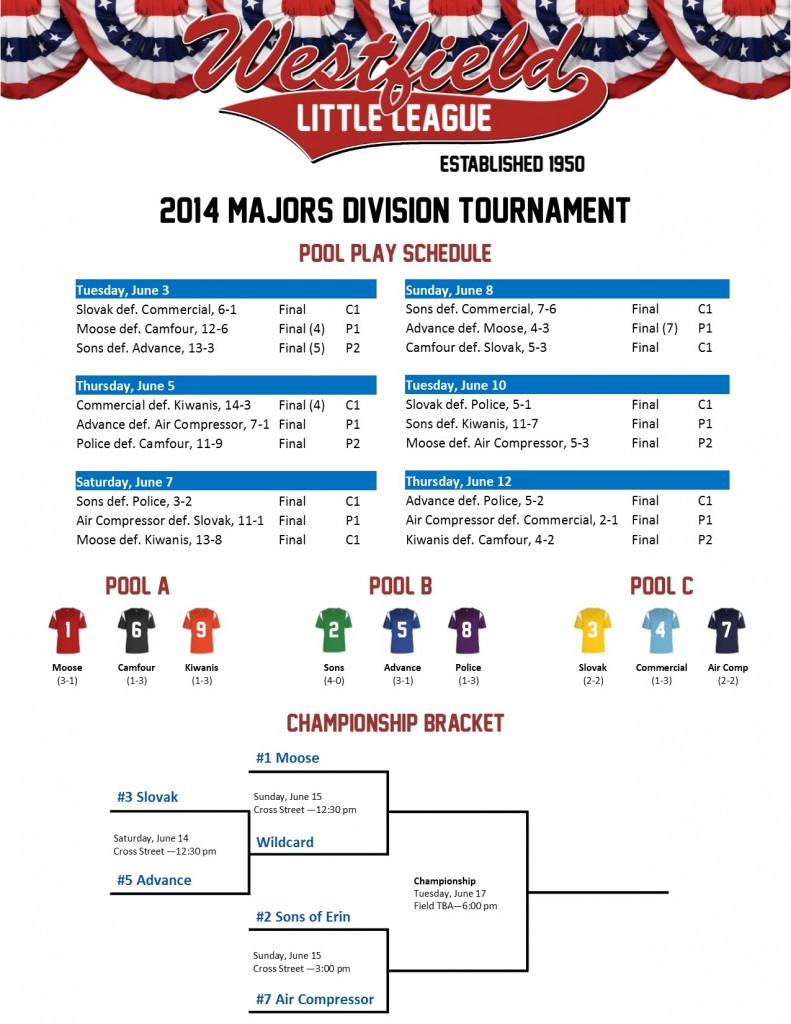 “Our regular season ends at the end of May,” Raposo said. “The tournament brings everybody back into play. It’s a fresh start. The kids really enjoy that.”
For the first time in league history, teams were drafted from a common pool of players and divided into two teams, the “American” and “National” conferences. This is far different from the “North” and “South” squads previously formed according to the geographic location of the league’s players.
Cross Street Field, formerly home to the South players, is now home to the “Americans.” The “Nationals” play at Papermill.
“We were finding it difficult from year to year to balance the numbers,” Raposo said, noting the imbalance of talent often spread across the two teams at different times throughout the last several years.
So the city’s Little League officials agreed to the change.
“We’re still blue and white,” Raposo said.
On Sunday, Little League will unveil its All-Star selections for the 2014 postseason. All 60 All-Stars will be honored prior to Tuesday’s championship game, so arrive early.