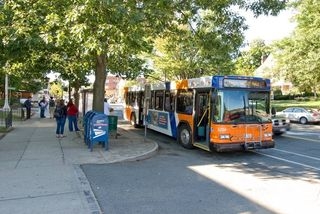 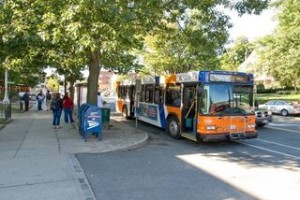 WESTFIELD — Mayor Daniel M. Knapik is requesting the City Council to take action tomorrow to modify an agreement with the Pioneer Valley Transit Authority (PVTA) and the state to move grant money to complete the city’s urban renewal plan for the proposed Elm Street redevelopment project.
The City Council approved the agreement, called a Memorandum of Understanding (MOU) for the joint development of a master plan for the redevelopment project, which includes a transportation element. Knapik is now seeking to amend the conditions of the MOU to reallocate some of the grant funds to complete the city’s urban renewal plan which will become the foundation of the joint master redevelopment plan.
The state Department of Transportation(MassDOT) awarded a grant of $427,000 to the PVTA for development of that master plan which will include the transportation element and a marketing element. The federal government has earmarked more than $4 million to implement construction the intermodal and marketing components.
The state Legislature has also designated $7 million from two transportation bonds for construction of a parking garage as another element of the redevelopment project.
City Advancement Officer Jeff Daley, who is shepherding the Elm Street project, said yesterday that Knapik is seeking to “reallocate existing funds” now held by the PVTA under the MOU to complete the revision of the city’s urban renewal plan, a process that has been underway for more than six years by Hayes Development Services of Springfield. Daley said that reallocation has already been arranged with the PVTA and MassDOT, but that the MOU needs to be modified to reflect that funding change.
“The city is asking the PVTA and MassDOT to spend up to $50,000 to finish the urban renewal plan that Maureen Hayes has been working on for the past six or seven years,” Daley said. “The existing funds of $427,000 is for future engineering and planning, and we’re reallocating that $50,000 to the current planning process.”
The city and PVTA took the first official steps in June toward development of property on Elm Street when a contract was awarded to HDR, a Boston-based architectural firm. HDR will perform a comprehensive study of the site, which Daley said is expected to take nine months.
“This will tell us what type of commercial or retail space would work there,” said Daley. “It will cover everything from marketability to traffic to parking to integrating university transportation.”
The development would also include an intermodal transportation station. Federal and state transportation agencies have committed or earmarked nearly $8 million for a transportation project in Westfield.
“HDR is the consultant for a joint master plan with the PVTA, and is a transportation study and marketing study, different documents than the urban renewal plan which is a city-driven process and which will need to be approved by the City Council and Planning Board before it goes to the state,” Daley said.
The urban renewal plan, if approved by the state, will come back to the Westfield Redevelopment Authority to become the foundation of redevelopment and revitalization in the city’s business core.