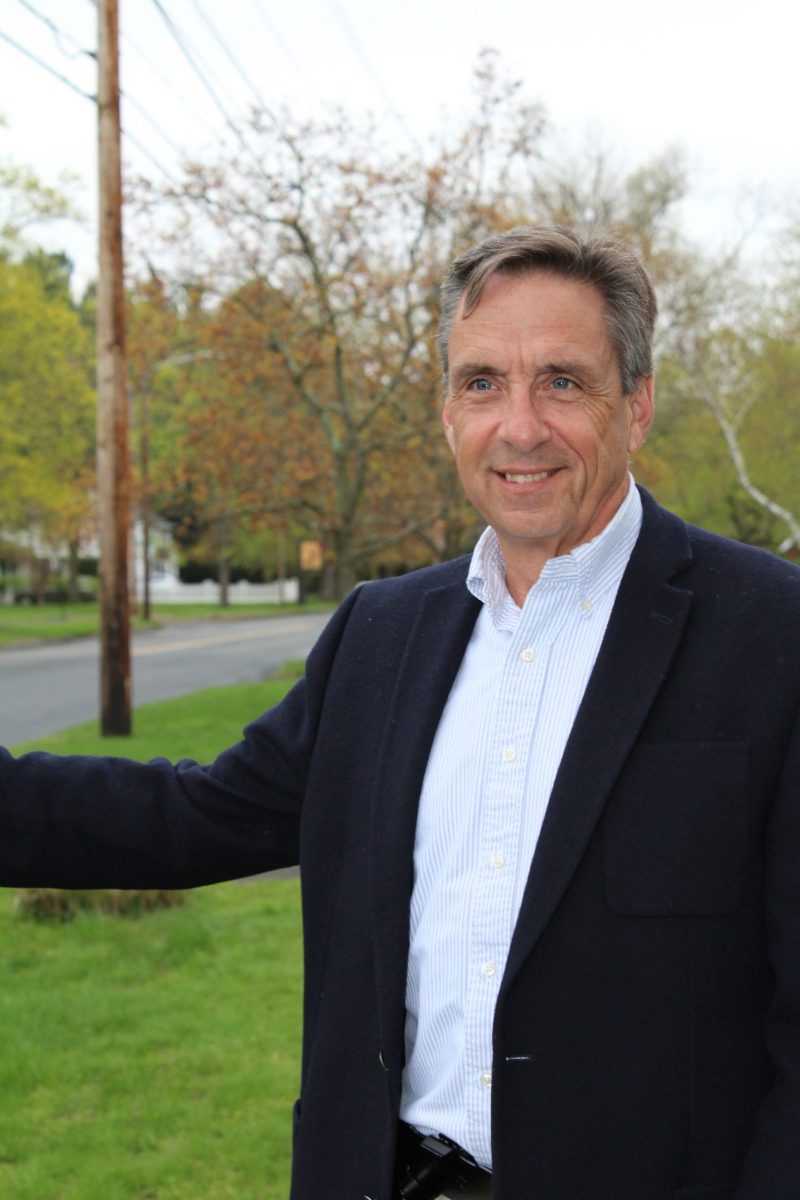 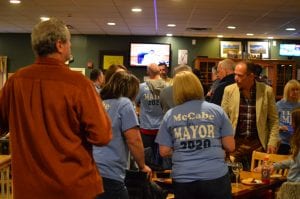 Supporters of Michael A. McCabe watching a stream of Channel 15 in which City Clerk Karen M. Fanion read off the results of each race by precinct. (Photo by Peter Currier)

McCabe and his supporters gathered at Tekoa Country Club to celebrate a race well-run.

McCabe said earlier in the night that he and Humason agreed to not  call the results until all the votes were official. The vote count as of Tuesday evening was 4,983 in favor of Humason and 4,886 for McCabe.

“We fought a wonderful, wonderful fight, but I’m not sure what else we could have done,” said McCabe.

He said he was not 100 percent sure what his plan was for his career, but that it is likely that he will retire  sometime in 2020.

“Plans have not been made yet,” said McCabe, adding that he will remain with the police department “for now.”

He did leave the door open for a possible run for political office in the future, without getting into specifics. He said he would likely not seek a recount, citing the difference of 97 votes as being “pretty insurmountable.”

Throughout the night, supports of McCabe who were gathered at Tekoa Country Club watched a stream of Channel 15 in which the results were being read by precinct. The crowd reacted with loud cheers as certain precincts went in favor of McCabe, and then with clear disappointment as Humason won other precincts.

After McCabe spoke and announced that his bid for mayor was likely over, he went through the room and spoke with his supporters, and in some cases cracked jokes. He joked that he “did pretty good for a guy who had no idea what he was doing.”