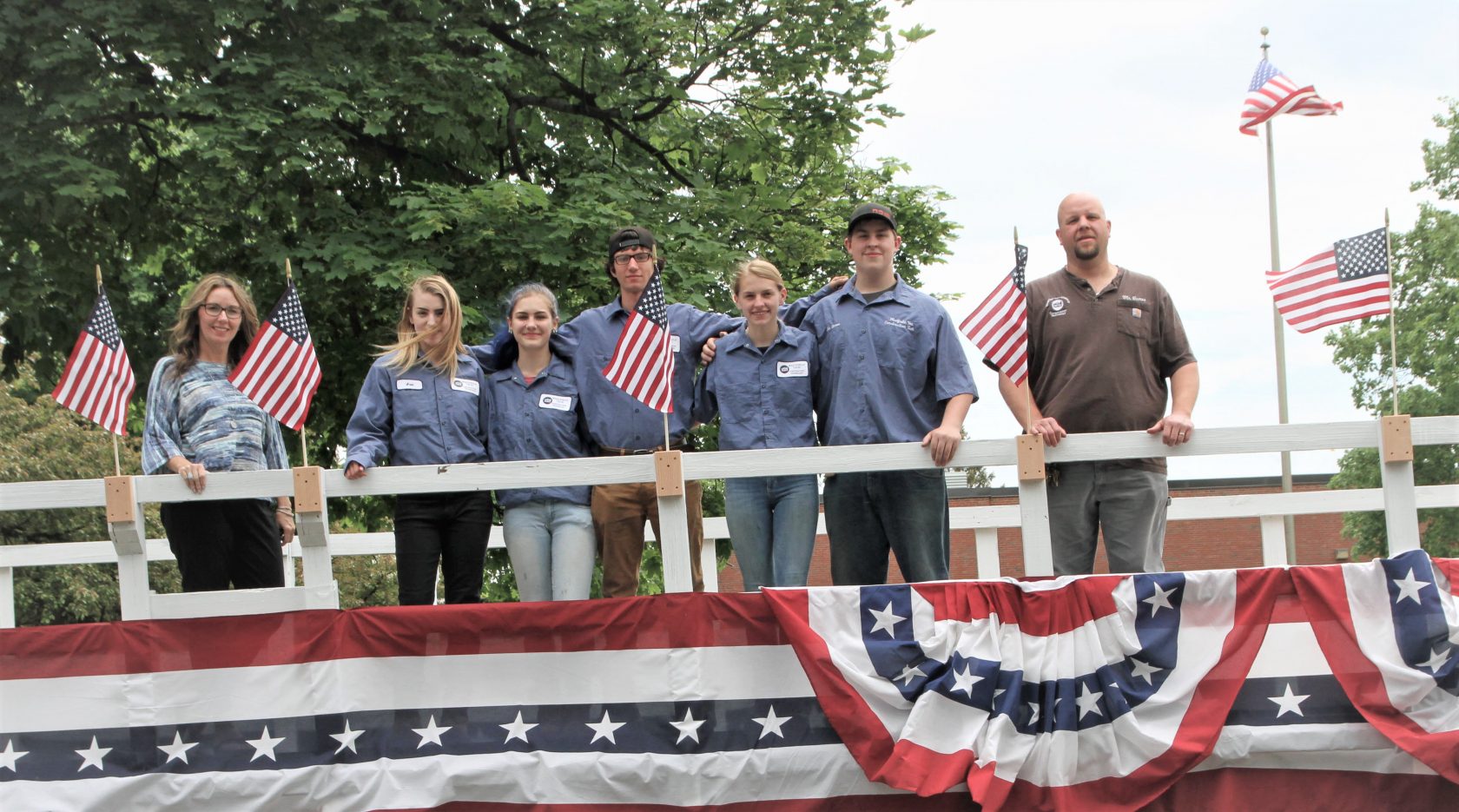 WESTFIELD – The city’s Memorial Day recognition is a longstanding tradition that will continue, despite COVID-19 related restrictions.

Typically marked with a parade of veterans and military organizations, police and fire personnel, local scouts and a flyover from the 104th Fighter Wing, this year will look and feel a bit different, but the intent to honor the fallen will be the same.

“There will be no parade and no in-person ceremony this year. It is for the ultimate good of the general public, especially the senior population have a large presence at military ceremonies. We will miss seeing all the faces of those who line the streets for this solemn occasion of Memorial Day,” said Westfield Veterans’ Services Director Julie Barnes.

Instead of a parade leading to a well-attended ceremony at Parker Memorial Park, there will be a pre-recorded ceremony that will be aired on Westfield cable Channel 15 on May 25 at 11 a.m. as well as at other times.
Humason and Barnes will be at Parker Park on Memorial Day in case people mistakenly come to the park expecting a ceremony.

Barnes is hopeful the city can gather to honor its military on Veteran’s Day.

“I hope that we will be back to normal by Veteran’s Day and we can have a big celebration. Veterans Day celebrates the service of all U.S. military veterans, while Memorial Day honors those who have died while in military service. It is almost in keeping with the solemnness of the Memorial Day holiday to keep things a little more quiet. Maybe we can all take a moment to reflect on those who gave their lives for your freedoms,” she said.

Barnes said if you have a loved one who served in the U.S. military and does not have a flag on their grave, please contact Westfield Veterans’ Services at 413-572-6247 or email [email protected]

“We encourage our Westfield residents to display their American flags and decorate their lawns in honor of Memorial Day and post pictures on social media tagging us on Facebook @westfieldmavets,” said Barnes, adding that she is collecting photos via email for display on social media.