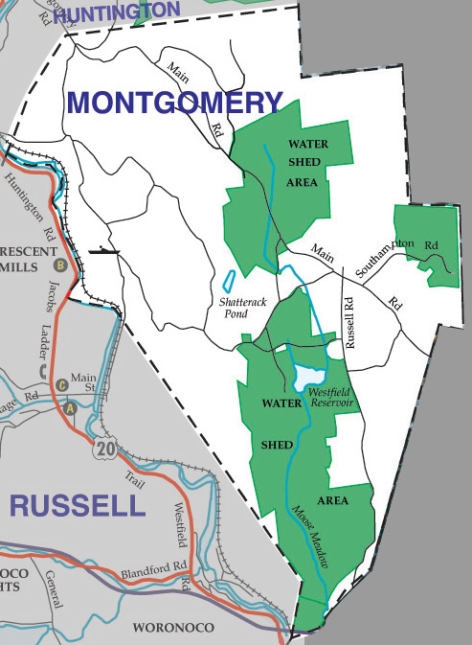 MONTGOMERY – Montgomery’s Select Board is hosting an informational meeting Saturday at 9:30 a.m. to present information on the WiredWest Fiber Town campaign to bring high-speed Internet service to town residents.
Most residents have received packets with an informational brochure that provides an overview of the proposed plan and sign-up information.
Daniel Jacques, chair of the Select Board, said the purpose of the meeting is to bring people “up to speed” on the impact of the WiredWest campaign. He said broadband represents “critical infrastructure” for the town, and is important for the sustainability of the hilltowns.
“I’ve heard too many stories about people trying to buy a house (in Montgomery). They might love the house, but they need broadband,” he said.
According to Jacques, residents of Montgomery now have either DSL (digital subscriber line) through Verizon, satellite, wireless, or “are stuck with” dial-up Internet access.
The DSL lines were made possible by equipment from Boston that was obsolete, and Verizon has no plans to upgrade or replace them, he said. Satellite and wireless are expensive, and not all residents have wireless coverage available to them. Comcast needs a minimum of fifteen houses per mile to meet its expenses, and does not cover the town.
According to WiredWest.net, WiredWest is a cooperative of municipal light plants (MLPs) from 44 western Massachusetts towns which are authorized by special legislation to finance the construction of telecommunications networks and offer services.
WiredWest is governed by representatives from the member towns. It aims to create a robust, long-term solution to the region’s broadband needs by building and operating a fiber optic network that connects individual homes and businesses and provides universal and affordable access to all.
Featured in Saturday’s meeting will be a detailed explanation of the potential and expected impact to town finances and tax rates, as well as the expected costs to individual subscribers and the expected construction plan and schedule. In attendance will be members of WiredWest’s Executive Committee and Montgomery’s Select Board.
There are two upcoming critical votes on this matter: A ballot question at the town election on May 4 seeking approval for a debt exclusion for the project, and an Article on the May 18 Annual Town Meeting warrant to authorize the borrowing for the project. The objective of the meeting is to provide townspeople with the background and facts they need to make informed decisions.
“We have to act within a certain timeframe. If we don’t act within those timeframes, it will be more expensive in the future. We’ll lose access to the funds (roughly 40 percent) that the state is kicking in,” Jacques said.
According to WiredWest, the sooner a town gets to the 40 percent minimum subscriptions required and passes a borrowing authorization, the sooner the town will be wired. Bids for project management and engineering could begin as soon as this summer. Construction could begin within the year and the first parts of the network could be “lit” within two years of the beginning of construction. Towns with the strongest demand are likely to be some of the first towns to be connected.
Jacques said the Select Board encourages all residents to attend. He called the campaign, “a betterment for the community.”