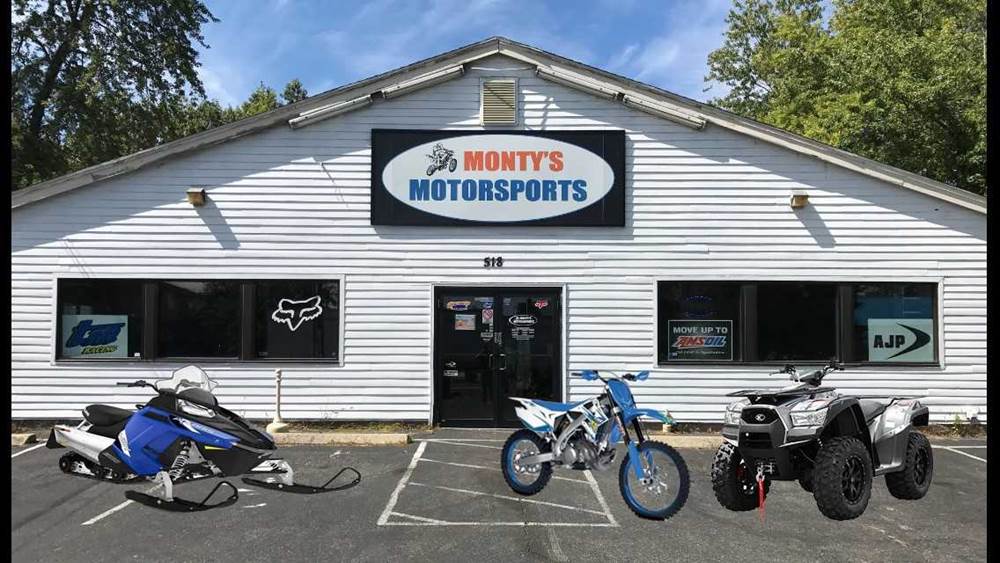 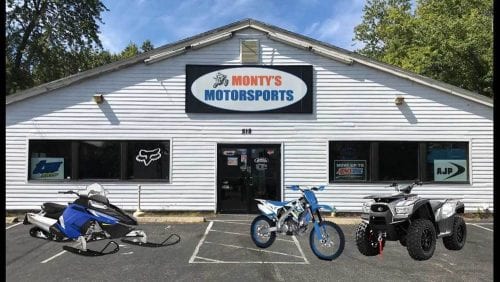 WESTFIELD – The Planning Board was unanimous in its support of a special permit for a new location for Monty’s Motorsports at its July 21 zoom meeting.

Currently located at 518 Southampton Road, a space which owner William “Monty” Geer said they have outgrown, the powersports business will be moving to 1 Arch Road.

Geer said that Monty’s sells and services new and pre-owned dirt bikes, motorcycles, and ATV’s. He said they have done well at the Southampton Road location over the last three and a half years, but the building has always been too small for them.

“There’s a real market void,” Geer said, adding that he’s been looking for a couple of years for an opportunity to expand and get a better space, more suited to their needs. He’s said they’ve been doing close to $1.5 million a year of retail sales out of the really small space, and the new space will allow them to draw people from out of town.

Geer said the special permit for motor vehicle sales will allow him to get a motorcycle retailer’s license to sell road vehicles in addition to off-road vehicles. He said his number one plan is to go after major manufacturers such as Kawasaki, but everything hinges on getting the proper licensing.

Asked about the service side of the business, Geer said it is smaller than the sales side, doing mostly tuneups. He said they have proper disposal set up for waste oils, which is much smaller than larger vehicles. “We’ll be lucky to fill a 55 galonl drum a year,” he said

Geer said the new location on Arch Road at 12,500 square-feet is five times the size of his current location. He said he is planning to have Westfield Glass put in a big entry door like in car dealerships in the front of the steel building, where there are now two garage doors. Inside will be a showcase that includes a 15-foot projection television playing motocross sports. “I’m looking to become number one in motorsports,” he said, adding that he anticipates that 60% of his business will be street bikes, and 40% off road.

City Planner Jay Vinskey said his current business on Southampton Road, which is zoned Business A, qualifies as a retail store. In order to sell motor vehicles that travel on roads, he has to be in Industrial A as on Arch Road, or in Business B. Vinskey said the business as it is run now wouldn’t be allowed, as off-road must be accessory to the motor vehicle sales.

Planning Board Chair William Carellas asked Gear if he had any plans to sell passenger cars or trucks. Geer responded that his business would be powersports, “that’s it.”

Geer was also asked if he plans to have any storage or containers in the parking lot, which he also said he won’t be doing. “I had stuff stacked up in trailers trying to deal with the space we have now. This is going to be able to allow us to display all of our stuff. After a couple of years, I hope to add 10 plus full time employees,” he said.

“I watched your business growing, and I commend you. Congratulations on building a solid business,” said Cheryl Crowe, a sentiment which was expressed by the majority of Planning Board members.

Crowe also asked Vinskey if Monty’s would still be able to sell accessories such as helmets in the new space. Vinskey said that would also be considered accessory to the motor vehicle sales.

Geer said there will be a sign above the glass doors, and he would be updating the existing sign on the street, in accordance with the ordinance. He said he also eventually hopes to advertise the business on the billboards next to Wendy’s.

The public hearing was closed, and the special permit was approved with the condition that sales would be limited to motorcycle-type motor vehicles plus accessory powersport crafts, and not extended to passenger cars and trucks.