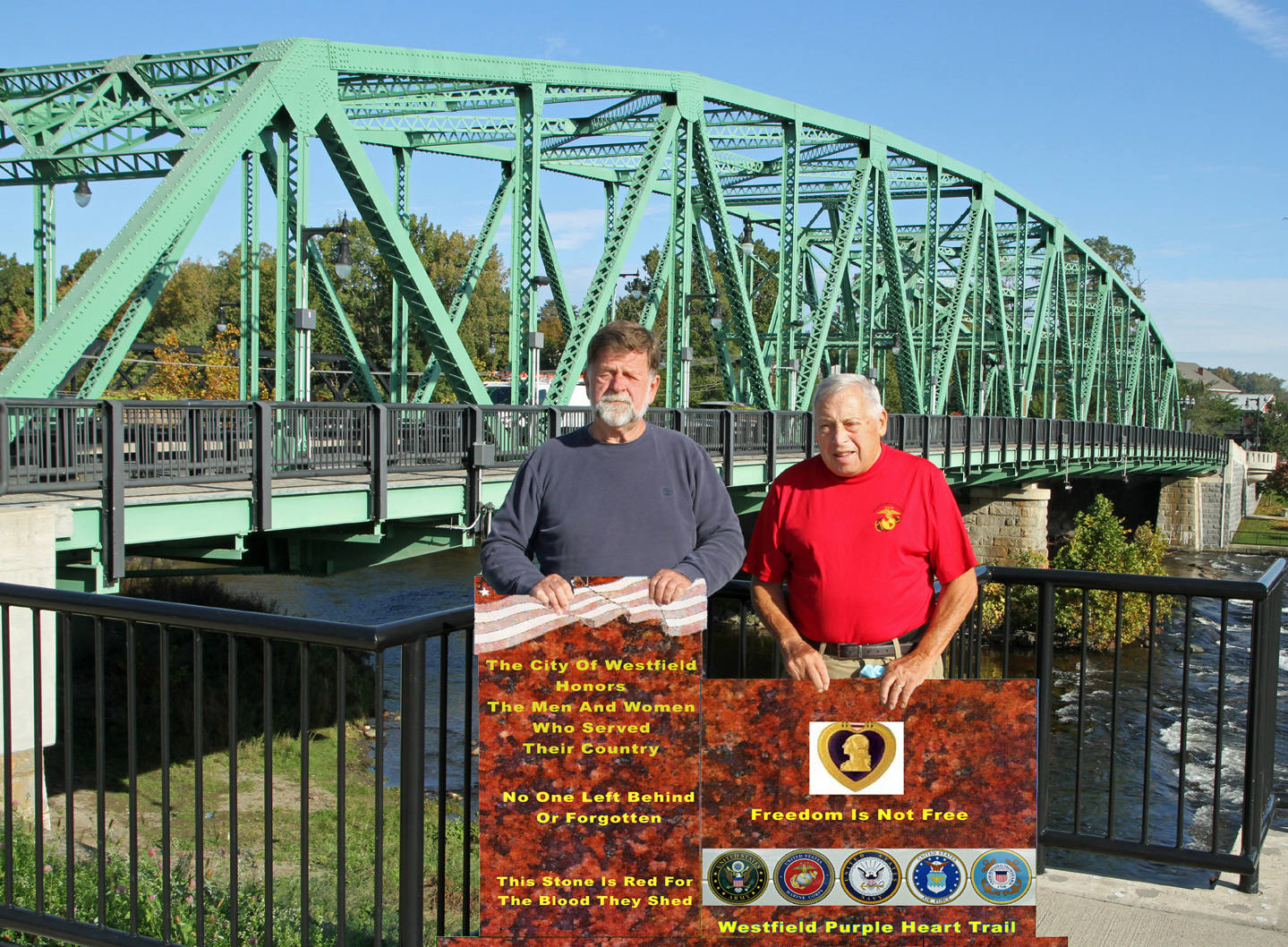 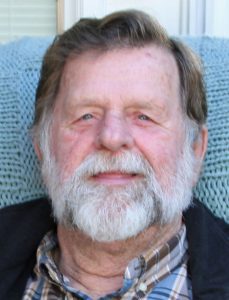 WESTFIELD — The Purple Heart Trail begins at the gravesite of Gen. George Washington in Mount Vernon, Va., and from there it goes everywhere in the United States, including Westfield.

The trail — not a single connected path, but an honorary designation placed on streets and highways such as Route 202 from Southwick through Holyoke — leads to every Purple Heart Community where the men and women who were wounded and killed while serving in the armed forces of the nation are remembered. In Westfield, members of the local trail committee have taken on the challenge of erecting a monument in the city to honor them.

George Barnet, the chairman of the Purple Heart Trail in Westfield, recently announced that the local organization will erect a monument to Purple Heart veterans on the trail’s route through the city at Kane-Wojtkiewicz Park, between the twin spans of the Great River bridges, on the south side of the Westfield River.

Don Wielgus, the project manager, said that representatives of his group recently presented their plan to the city’s Parks and Recreation Commission. He said that the commissioners were receptive to the idea and agreed to allow the monument to the placed in the city park. He said that he hopes the monument can be erected in time for Memorial Day 2022.

Not only is the park on the trail, it has traditionally been the site of memorials to the city’s war dead.

A monument was placed in the park by the children of St. Mary’s Parish School to honor Lt. William Hasset Kane, the first Westfield resident to die in the First World War. Subsequently, a stone was installed in the park to honor the first Westfield casualty of World War II, Chief Petty Officer Frank P. Wojtkiewicz, who died aboard USS Arizona during the Japanese attack on Pearl Harbor.

Chuck Blood of Smith Monuments in Westfield has agreed to help design and carve the monument, which will be executed in red stone which has been ordered from India. 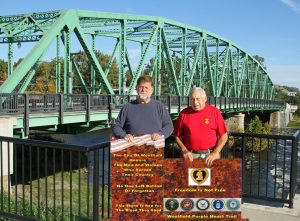 In a composite image, George Barnet, chairman of the Westfield Purple Heart Trail, and Robert “Chico” Veronesi of the city Parks and Recreation Commission stand behind a digitally emplaced artist’s conception of a monument planned to honor the city residents who earned the Purple Heart medal while serving in the U.S. armed forces. The men are standing in Kane-Wojkiewicz Park in the approximate location of the planned monument. (CARL E. HARTDEGEN PHOTO ILLUSTRATION).

Wielgus said “the stone is red for the blood they shed,” and said that the finished monument will feature an image of a waving U.S. flag, representations of the seals of the Army, Navy, Marines, Air Force and Coast Guard, and the effigy of George Washington that adorns the Purple Heart medal. Engraved on the monument will be the words “Freedom Is Not Free” and “No One Left Behind or Forgotten.”

The cost of the project is estimated to be $25,000, and the group recently received a generous kick-off donation of $5,000 from the Future Fund of Westfield Bank.

“They stepped to the plate to help us out,” Wielgus said.

The balance of the funding will come from private and corporate donations, he said.

Barnet said that the Purple Heart Trail has many members in Westfield who have contributed to the group, and pointed out that those members are not all recipients of the medal, or even veterans. The group is loosely organized and has no direct connection with groups in other Purple Heart communities. He said that the group has about 15 active members and added, “We don’t have any meetings. If something needs to be done, we just call the ones we can count on.”

In addition to posting the Purple Heart Trail signs along Route 202, the group has done other projects in the city. The organization sponsored the new drinking fountain in Parker Memorial Park and, on Memorial Day, is responsible for posting U.S. flags at the graves of veterans in Pine Hill Cemetery. In addition, the group has taken responsibility for maintaining the “Welcome to Westfield” signs erected at the gateways to the city by the Rotary Club of Westfield.

Persons who wish to contribute to the project may mail checks payable to Westfield Purple Heart Trail to P.O. Box 367, Westfield, MA 01086, or to Domus Inc., 4 School St., Westfield MA 01085-3091. Wielgus explained that Domus has agreed to serve as bookkeeper for the project.

Wielgus said that donors will receive a Purple Heart Trail decal and a thank-you note from the organization. In addition, The Westfield News has agreed to list the names of all donors in the newspaper.

This article was edited Nov. 19, 2021, to correct the spelling of Kane-Wojtkiewicz Park.