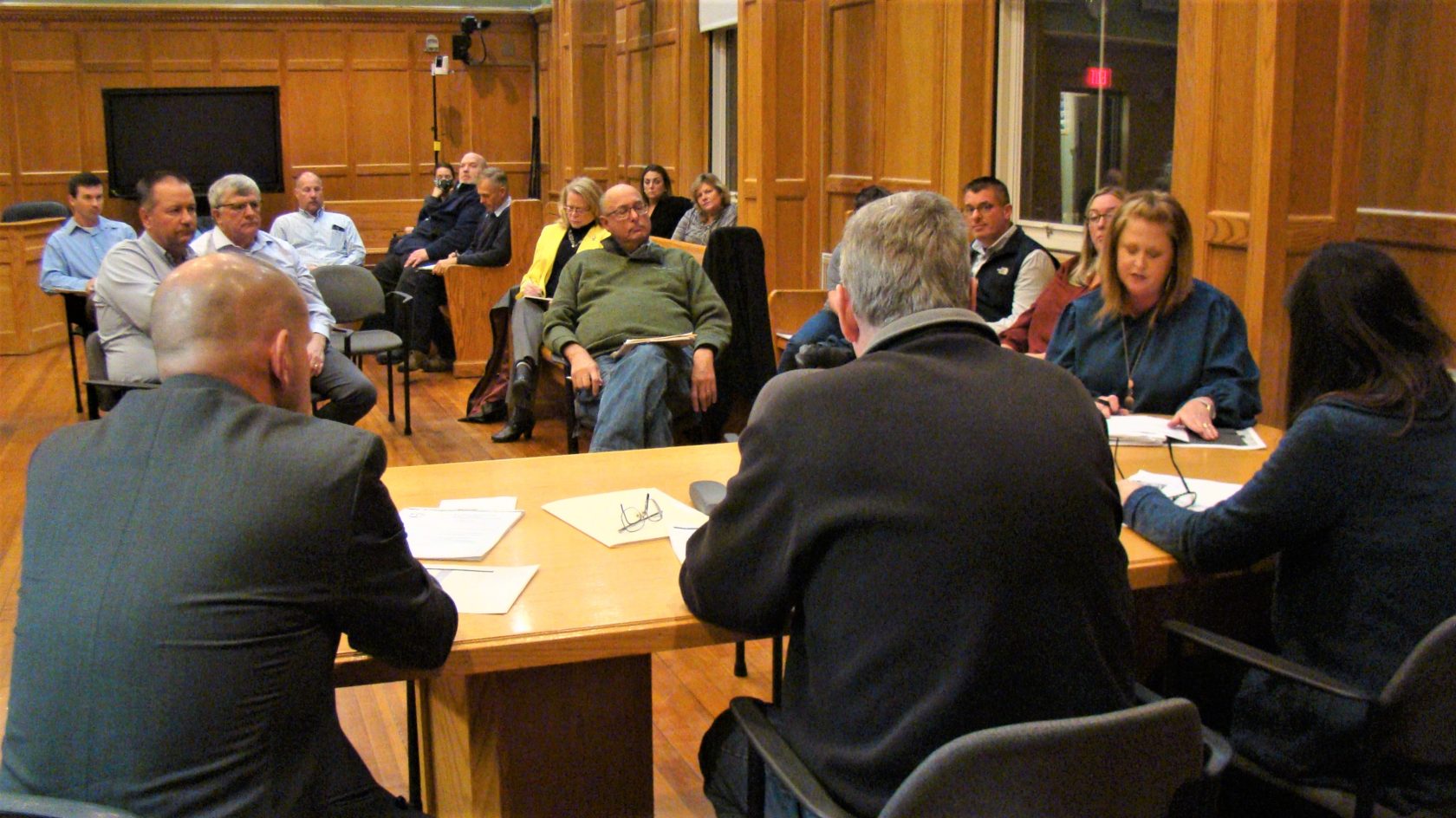 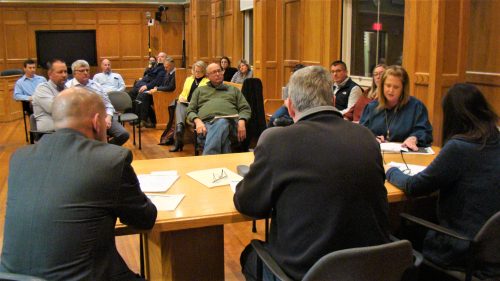 WESTFIELD — The City Council’s Long-Range Finance Committee, chaired by Dave Flaherty, brought in key staff members to talk about bonds and the city’s future obligations, prior to recommending approval of a bond order in the amount of $61 million for the construction of the new elementary school. The Massachusetts School Building Authority awarded the city $30.5 million for the new school in a vote on Oct. 27.

Flaherty began by saying to committee members Brent Bean and Bridget Matthews-Kane that the merits of the elementary school building project are understood, having been studied for over 10 years, and that the meeting would focus on the financial aspects of the project only. The earlier elementary school building process, intended for the former site of the Ashley Street School, began in 2009.

School liaison Ralph Figy spoke on behalf of the building committee, on which Matthews-Kane also serves. Figy said the committee has met monthly or twice a month for two years, and has held neighborhood meetings, both in person and on Zoom.

He said an MSBA vote started the clock ticking on Oct. 27 on a 120-day deadline for the city to approve a school bond, though in reality Westfield has only 100 days, due to a required 20-day appeal period.

Figy said the money from the MSBA would be paid to the city on a periodic basis as reimbursement for invoices. He said construction costs have skyrocketed this year, and the MSBA will only pay up to $360 per square foot of costs, while actual costs are coming in at $569 per square foot.

“We’re not building the Taj Mahal. It’s a very functional building that will fit into the neighborhood,” Figy said. He said the committee chose from six different options, and selected the least expensive model, which they liked the best. The new school will be replacing Abner Gibbs School, which is 103 years old, and Franklin Avenue School, which is 75 years old. He said the cost of rehabilitating Franklin Avenue alone would be higher than the new school.

“Every day we delay, the cost goes up,” Figy said. He said if the item goes to the Legislative and Ordinance committee on Nov. 23, it could go to the council on Dec. 2 for the first reading, and on Dec. 14 for the second reading, adding that the MSBA wants updates on the bond vote.

Purchasing Director Tammy Tefft, who co-chaired the building committee with Mayor Donald Humason Jr., brought a project timeline for other major projects that the city has been talking about funding, including the elementary school, a new fire engine, a new police station and a new high school. She said the elementary school and the police station are on the same timelines.

Other projects in the capital plan are flood control dams, airport improvements, the high school pool at $1 million, labs and athletic fields at $2 million. Tefft said the plan she is working on does not include roads, which are on a separate plan being developed by the city engineer. She said she would have the capital plan for the City Council in February.

The MSBA has agreed to reimburse the city for eligible construction costs at a rate of 73.28 percent, but Westfield taxpayers will end up paying much more than 26 percent of the total cost. Tefft said most of the elementary school is eligible for reimbursement — only 2,000 square feet of the building consists of ineligible costs, out of a total of 88,495 square feet — but construction cost increases, combined with the MSBA’s per-square-foot reimbursement cap, are pushing more cost onto local taxpayers.

“Square foot costs of construction have gone through the roof; the hope is that we start to see these costs come down. In addition, during design development and into bidding, we will continue to work towards achieving a lower per-square-foot cost for construction, so that the difference in what is reimbursable becomes smaller,” Tefft added.

Bean thanked Tefft for putting together a capital plan. He said he is concerned about all of the projects, and about the elementary school, where it started and now $17 million later, the reimbursement costs.

Bean added that although the cost is important, the project is long overdue.

“The cost is important, but we also need to get what we need,” he said. “We started this discussion in 2009.”

Talking about a future new high school, Tefft said a current high school project in Lawrence is costing $300 million, which the city is funding through a debt exclusion. She said Lawrence may have a higher reimbursement rate than Westfield. Tefft said she and the superintendent of schools have started the process of putting together a statement of interest to the MSBA for a new high school.

Flaherty said the city would not be able to borrow or pay back even a $100 to $125 million bond, at this point.

City Treasurer Matt Barnes spoke about future bonds for projects in Westfield. He said for the elementary school, estimated to cost $62 million, and a new police station, which is being estimated at $24 million, not including land, he would like to sell those bonds right away to lock in the current 3 percent interest rate, before rates start climbing. He added that there is no guarantee that the 3 percent rate will continue until the day they sell, adding that every 1 percent difference is $53,000 in debt service per year for the 28-year term of the bonds.

Barnes also talked about a proposal to put $2.2 million from free cash into a debt decline stabilization fund, and keep it at that level to pay off the bonds, a motion that Flaherty will be making at an upcoming City Council meeting. Free cash is unspent money from previous years’ budgets.

“This strategy would allow the city to reserve funds in advance to help reduce the spikes in annual debt payment costs in upcoming years,” Flaherty said after the meeting. “The city generally reserves $7.2 million per year in the annual budget for debt payments (about 5 percent of the operating budget). Due to the costs of the school and police station projects, on top of all the other already bonded projects, the annual costs would approach $8.6 million per year in [fiscal 20]25 and [fiscal 20]26. By using the debt decline stabilization account, the city can save money in advance, and then draw $1.4 million in those peak years to bring the annual budget obligation back down to the $7.2 million range.”