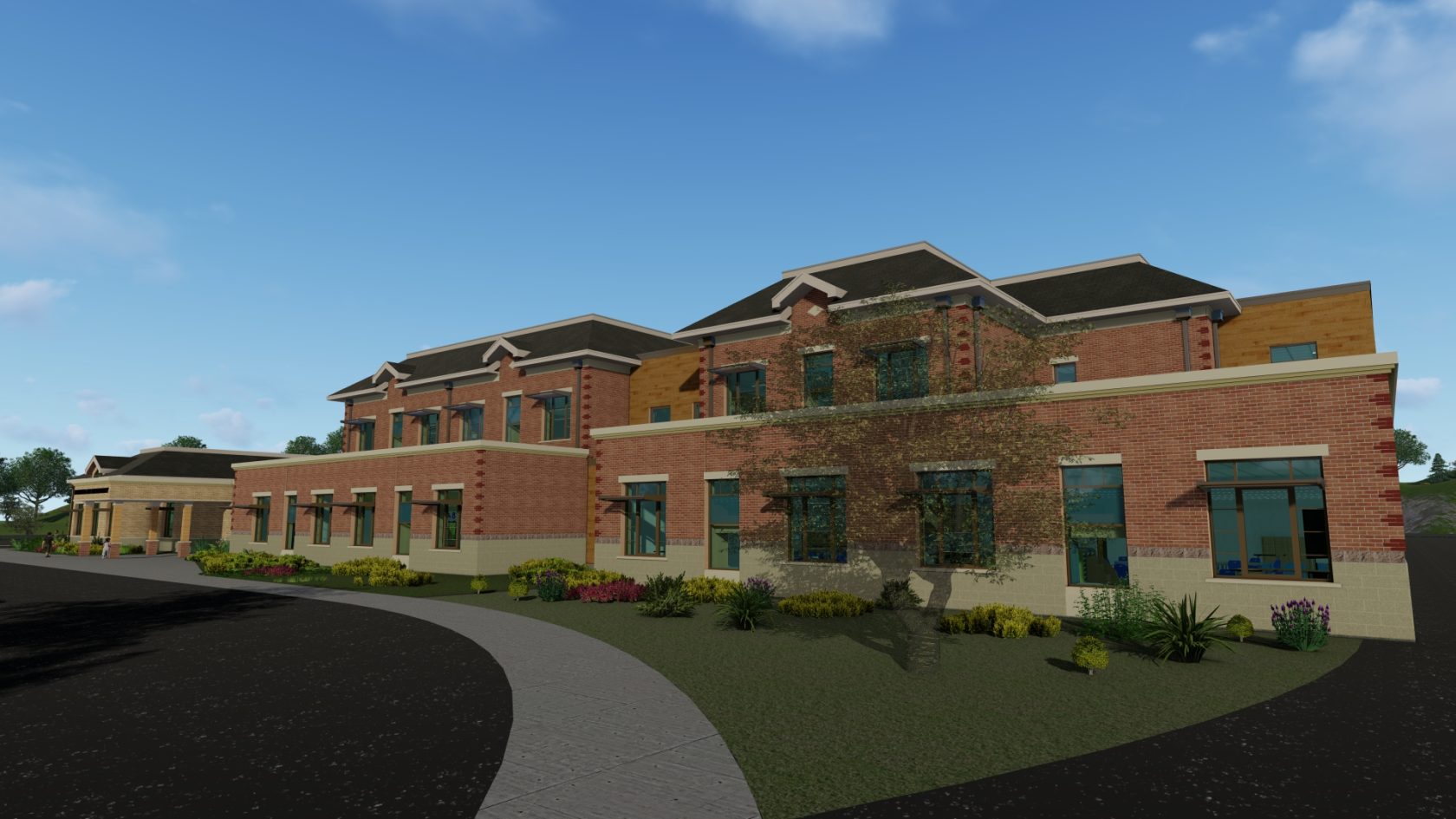 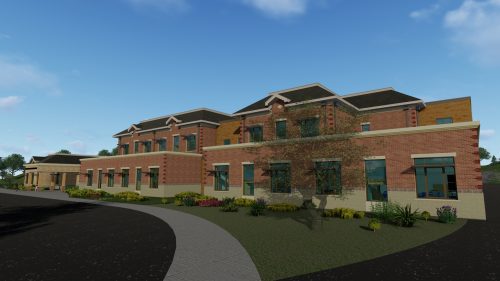 An architect’s rendering of the proposed new elementary school in Westfield. (PHOTO SUBMITTED)

WESTFIELD — After a full two years of meetings, the elementary school building committee’s Vice Chair Tammy Tefft and School Superintendent Stefan Czaporowski want to invite residents, parents, teachers and city officials to a community meeting about the new school on at 6:30 p.m. Thursday, Oct. 28, in the cafeteria of Franklin Avenue Elementary School.

Tefft said she is looking forward to interacting with everybody, something the building committee hasn’t been able to do in person since before the pandemic.

“The last time we did this, there was tremendous support for this project,” Czaporowski said.

At the meeting, the committee will update people on where the city is in the process, show some of the designs and talk about the timeline.

“We want people to get excited about it,” Tefft said.

The Massachusetts School Building Authority will be voting on Oct. 27 on whether to allow Westfield to enter the construction phase, which involves design completion, bidding and the start of construction on the new elementary school. Tefft said she doesn’t foresee any difficulty getting MSBA’s vote.

“They have been extremely supportive of Westfield,” she said.

After that, the mayor, who is the chair of the committee, will present the project to the City Council for a vote. Tefft said the mayor plans to submit the project on Nov. 4, which would enable the City Council to take its second and final vote during its first meeting in December, a schedule dictated by the MSBA.

“We’re moving along at the pace they have set, as far as the schedule goes,” she said.

“It’s a large dollar ask. I do expect a lot of conversation around the project,” Tefft said, adding that is one reason it is so important for the community at large to see where they are in the design of the school at this community meeting.

She said the cost for the city could still go down.

“We haven’t even finished design development, and we haven’t bid it out,” Tefft said, adding, “I believe through bidding and design elements, these numbers will go down.”

“I think it’s been pretty amazing what we’ve been able to accomplish with the pandemic, and the MSBA has acknowledged that to us, as well,” he said.

While the presentation to the City Council will largely be financial, the community meeting will be all about what the school will offer to the community, “about how much this building will be a school for students in the downtown area, [and] a community resource,” Czaporowski said. He said the school won’t just be open from 8:45 a.m. to 3 p.m. for students, but will also be available for regular community events and athletic programs.

“I’m looking forward to interacting with the public as it relates to this project. We haven’t been able to do this in person and not over Zoom,” Tefft said.