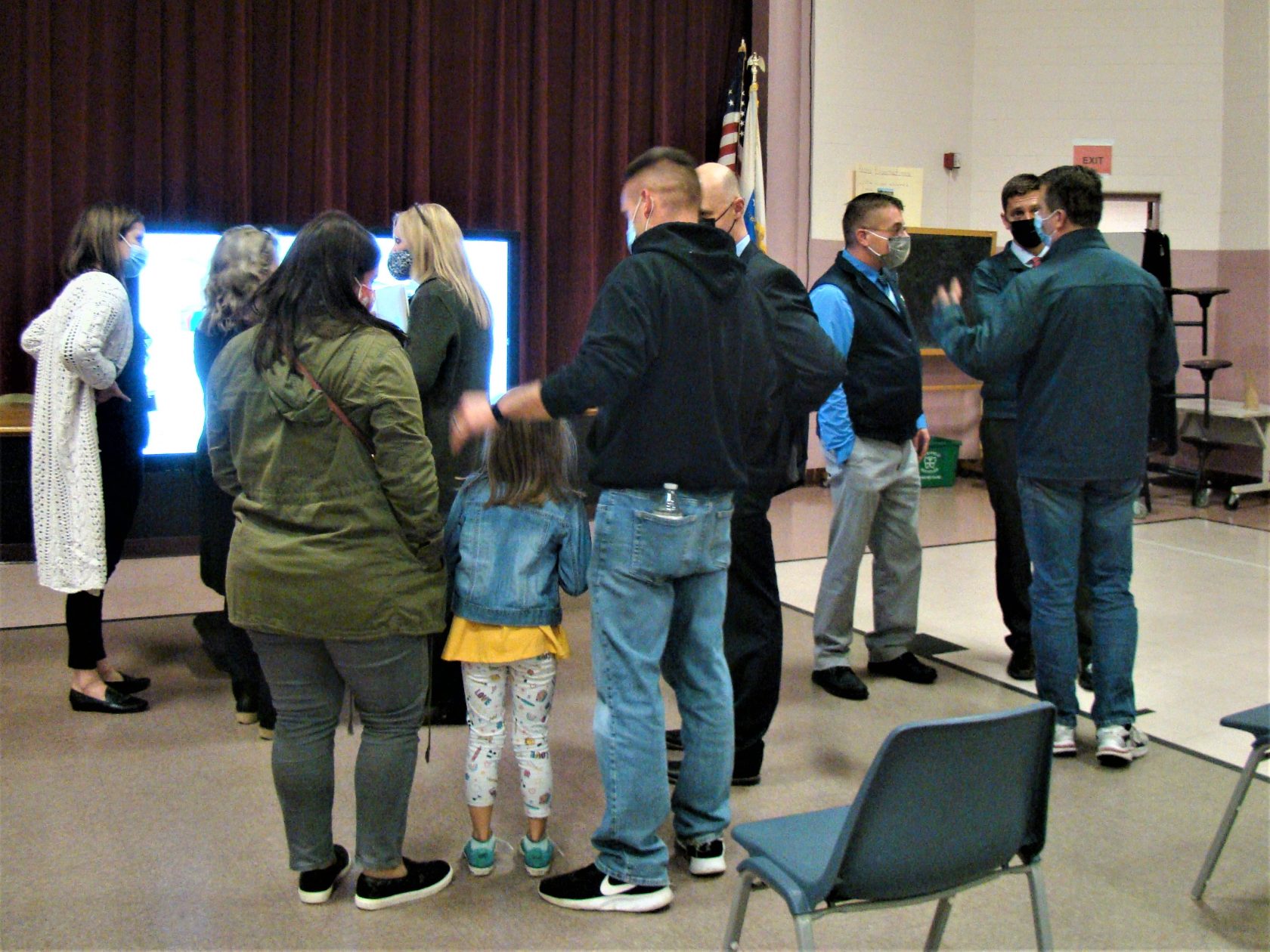 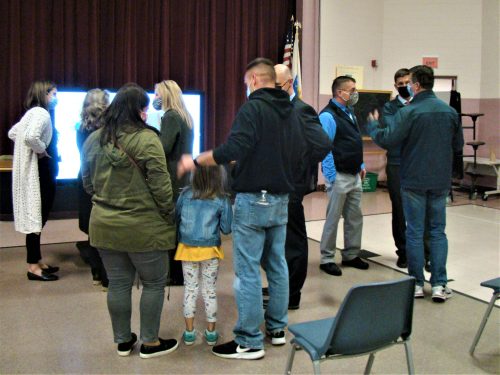 WESTFIELD — On the same day that the Massachusetts School Building Authority voted unanimously to accept the plans and move forward with the detailed design and construction phase of the Franklin Street elementary school building project, an open house was held for the community to present the plans for the new school, which is intended to replace Abner Gibbs and Franklin Avenue schools.

Approximately 40 residents, committee members, school district and city leaders gathered at the first in-person meeting since before the COVID-19 pandemic began. Both mayoral candidates were there, along with former Mayor Brian Sullivan, who served on the building committee, School Committee candidates and city councilors. Mayor Donald F. Humason Jr. and Purchasing Director Tammy Tefft served as co-chairs of the building committee.

Architect Bert Gardner of Caolo & Bieniek Associates of Chicopee said the goals for the project included increasing the presence of the school on Franklin Street and minimizing the traffic in the residential neighborhood on Franklin Avenue. The two-story school design faces Franklin Street, and aligns with the Armory next door, with the north half of the layout is reserved for outdoor programming, another goal of the project.

The building will be brick with cut stones on the base, wood-look panels and pitched roofs on the front, to match the style of the New England neighborhood.

Room for a pre-kindergarten program is included near the front entrance of the school, which also provides a clear separation between public and academic areas for after-hours use. The academic wings are organized into academic areas with flexible learning environments, integrated state-of-the-art technology throughout the building, as well as a STEM maker lab and media center.

The project will be phased in so all of the students from Franklin Avenue and Abner Gibbs elementary schools move in together in 2024, another goal set by the committee.

“All of the goals are supported by the current design,” Gardner said.

Sullivan said the building committee was given seven different design options to pick from, and the educators and parents on the committee wanted both schools to come in at the same time.

Superintendent Stefan Czaporowski said among the designs that were rejected were a three-story school, which would have stood out too much, and a sprawling one-story design that did not leave enough outdoor recreation area. The committee also added a larger-than-normal kitchen to meet needs, he said.

“We did the right thing on behalf of the district. There is no wasted space,” said owner’s project manager Daniel Pallotta of P3 Project Planning Professionals Inc. 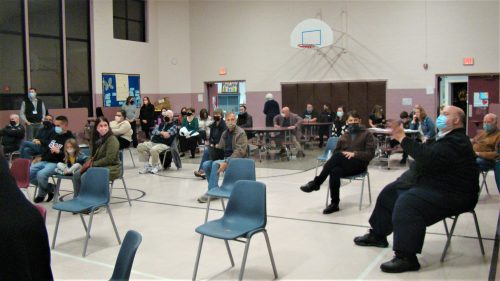 Both mayoral candidates were among the community members and city officials that attended the new school presentation. (AMY PORTER/THE WESTFIELD NEWS)

During the question-and-answer period, Pallotta was asked about LEED certification on the new building. He said the state requires the certification, but the city has added extra high points to the design.

Gardner did give a word of caution about the construction phase.

“We’re all hoping, coming out of the pandemic, that bidding gets better; [that] bids come in favorably, and we’ll be able to award them,” he said.

Former School Committee member William Duval asked if something had to change during construction, who needed to give that approval. Gardner said if it’s a substantive change, it would go to the MSBA. Something smaller, such as the color or type of design materials, would go to the school building committee.

Pallotta said there would be three more cost estimates made before going to bid and beginning the construction phase. He also said the site plan would go through the regular city permitting.

The presentation, which includes renderings of the building exterior and classroom interiors, is posted on www.schoolsofwestfield.org.