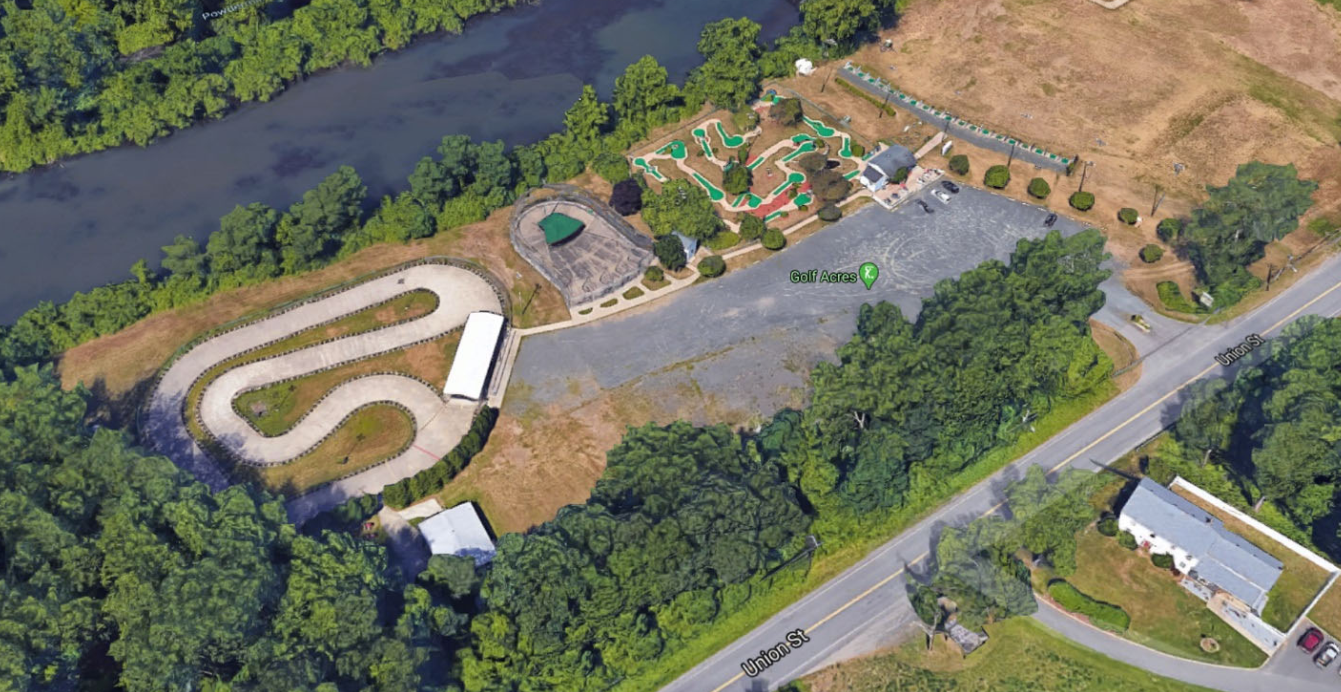 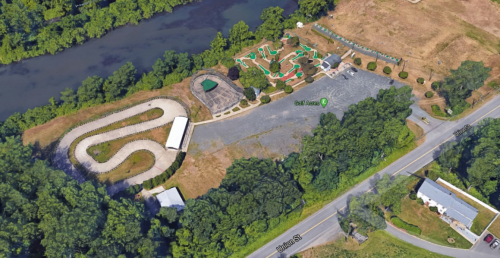 An aerial view of the property at Golf Acres. (PHOTO SUBMITTED)

WESTFIELD – Anthony Witman of Witman Properties went before the Conservation Commission on June 8, seeking to add a walking trail in between the pond and the Powdermill brook in the back of “Mr. Whipy’s” Golf Acres at 317 Union St.

Witman told the board the plan is to use a two-wheel tractor with a mowing deck to create a three-foot grassy trail for public access. He said they would steer through areas without a lot of vegetation. He said some of the vegetation is in the 100-year flood plain, but doesn’t seem to be relevant to any of the wetlands.

Conservation Coordinator Meredith Borenstein said the walking trail may be exempt from regulation. She said she wasn’t sure if the clearing in the flood zone is permittable, but Witman wouldn’t be changing the elevation.

Commissioner James Murphy asked if the hiking trail would go around the pond.

“That’s the intention. One trail on the north end of the facility and back end of the pond, then around and back into the site. Part of the inspiration for this is every time I’ve gone into the facility, there are people walking around and walking their dogs. Mowing is the proposed maintenance for the trail,” Witman said.

Borenstein said currently it is impassable due to the dense bittersweet and rose. “I’m not a fan of vegetation removal, but since it’s all invasives, it may help the trees,” she said.

Commission Chair David A. Doe asked Witman if he had concerns about making the area more accessible to people when he’s not there running the business. Witman said he is not, because all the equipment will be secured.

Doe also asked if there was any evidence of people going into the pond. Witman said there is a canoe in there, but he didn’t know how they get to it because the bank is so steep. He said the view of the pond from the trail is 20 feet, although he would like to have one spot to go up to the pond for visuals. The trail would also go right up to the edge of Powdermill brook in a couple of spots.

Doe asked Borenstein if she had a concern about the location of the trail relative to the pond and the brook.

Borenstein said since it’s only a three-foot trail it would be low impact, and she wasn’t too concerned. She said she hadn’t gone back into the area during the visit. “I think we need to caution Mr. Witman not to go crazy clearing, we don’t want soil disturbance,” she said.

Opening the hearing up to the public, Melissa Kielbasa said she lives directly across from Golf Acres, and was not in favor of removing the vegetation on Union Street.

“When this project went in over 30 years ago, the reason that all of that vegetation was left on the road was for wildlife crossing the road, and for a buffer and noise reduction for abutters. I’m directly across the road. It’s not a good choice for that location on Union Street to remove that buffer,” Kielbasa said.

Doe said since a brook crossing is a whole other matter, the commission would need to do a site visit to look at both concerns. The public hearing was continued to June 22. 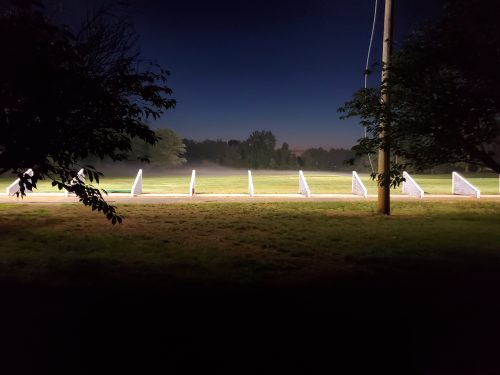 After the meeting, Witman said Paul Hentnick, general manager of Mr. Whipy’s Golf Acres, and the Witman Properties team are still working hard towards a soft opening for the 4th of July weekend.

“New golf netting has been installed and True-To-Turf mats will start going in today. The driving range should be ready for testing and feedback from cash-only customers this coming week,” Witman said on June 11, adding, “We want to give a shout out to Western MA Demo for providing the use of their lift to service the netting and lights.”

Witman said they’ve purchased 12 J&J Amusements F-22 go-karts which are expected to arrive June 29. He said “Berry” the Bear is still at large but “Unida” the Unicorn is on the way to fill the spot on the miniature golf course.

“Meredeth Borenstein and the conservation commission are working with us to figure out the best way to get the public access to view Mr. Whipy’s birds and wildlife,” Witman added.