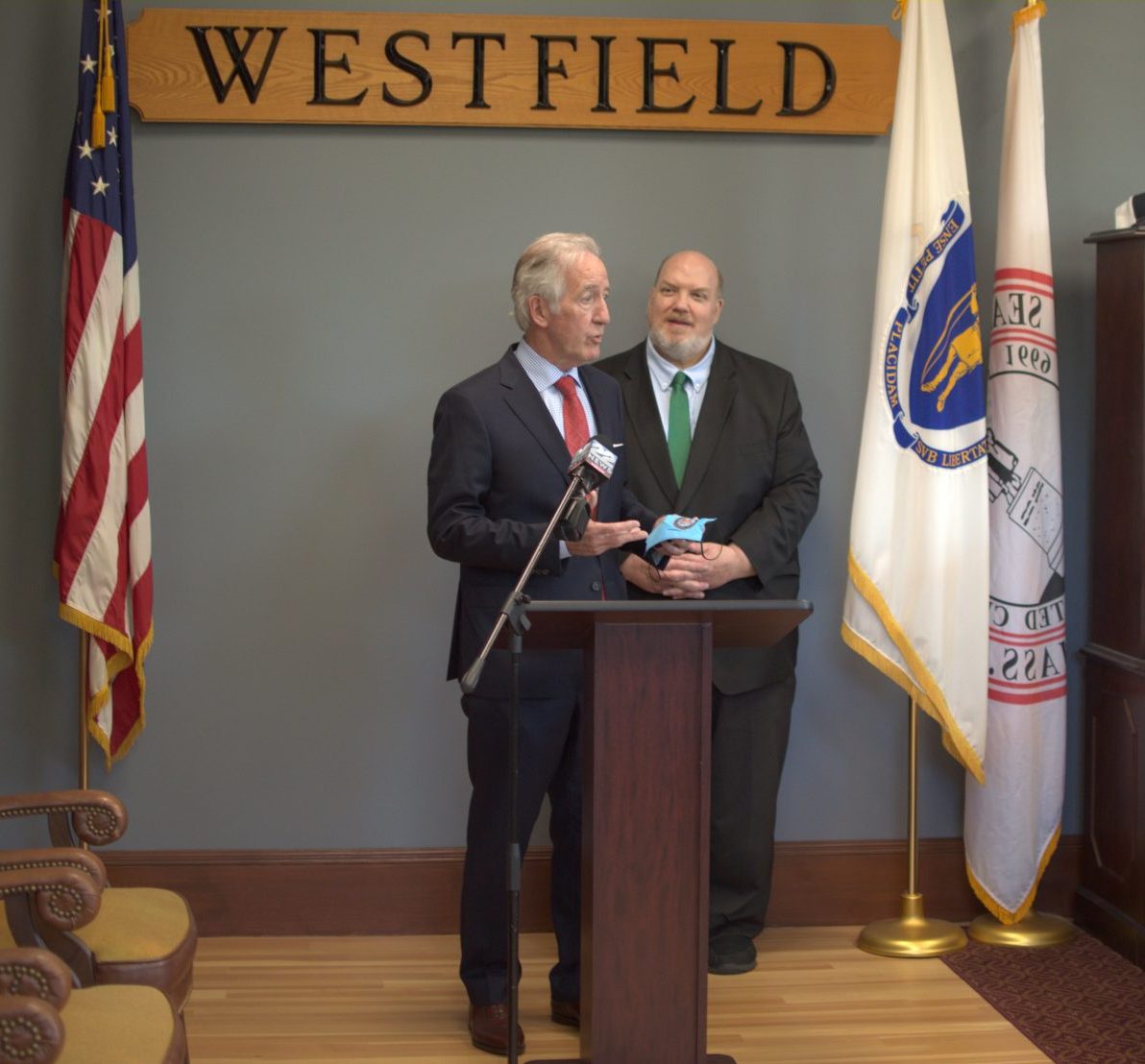 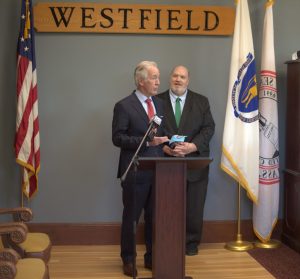 Neal, who represents the Massachusetts’ 1st Congressional District, started by saying that the U.S. is now in much better shape relative to the rest of the world in the fight against the pandemic.

“What happened in America, in terms of how we responded, looks a lot better every day when you compare and contrast with the rest of the world,” said Neal while standing in Mayor Donald F. Humason’s office.

The pandemic quickly impacted the U.S. economy in March of 2020 when the stock market plunged and millions of Americans suddenly found themselves unable to work. In the following months, Congress nearly unanimously passed the CARES Act, which provided unemployed Americans with extra unemployment assistance and a $1,200 stimulus check.

“The CARES Act saved the American economy. That’s the reality of it,” said Neal.

Neal, who chairs the House of Representatives Ways and Means Committee, said that he, then-House Minority Leader Nancy Pelosi, and then-Treasury Secretary Steven Mnuchin wrote the original drafts of the bill.

Neal then touted the American Rescue Plan, the third COVID-19 stimulus bill, which was passed and signed into law on March 11, 2021. Massachusetts received $5.3 billion in state fiscal relief and $2.6 billion for local fiscal relief. The City of Westfield received $9.2 million in direct allocations.

Neal said one of the most important items in the American Rescue Plan bill was the refundable child tax credit, which he said would benefit many families in Westfield.

“I’m willing to venture that 90 plus percent of families in Westfield are going to benefit from this,” said Neal.

“I think this is pretty consistent with my own beliefs that government is there to help those who need it. We can always argue about the scope and size. What we can’t argue about is the result of the cruelty of the pandemic and what it did,” said Neal.

Neal then turned his attention to the pending infrastructure bill that is being negotiated by congressional republicans and democrats. President Biden originally proposed a $2.3 trillion infrastructure plan, which he then reduced to $1.7 trillion in an attempt to negotiate and gain support for the bill from republicans.

Just hours before Neal spoke at City Hall, Republicans in the Senate put forward a counter-proposal for the bill for $928 billion.

Neal said he hadn’t fully read the Republican counter offer yet, only the larger details of it. He said he hopes to be able to get a version of the bill out of the House Ways and Means Committee by July 4, and for a bill to be passed by the House of Representatives by Aug. 1.

“I agree with the president’s $2.3 trillion initiative on this, and I also agree with the idea  that he is promoting a caring aspect of infrastructure,” said Neal, “It is not just the road that we paved that gets us to work, it is the childcare that keeps us at work.”