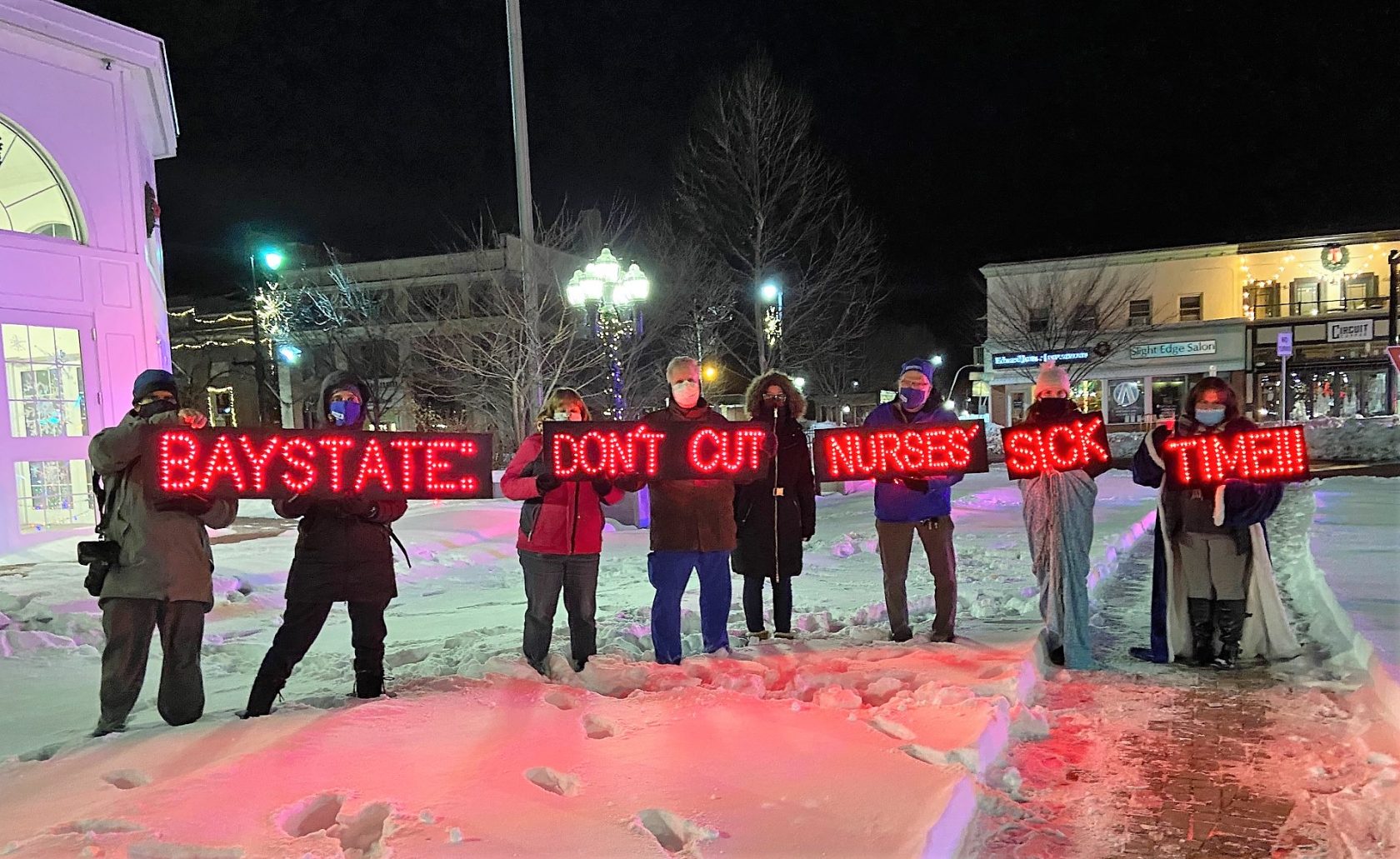 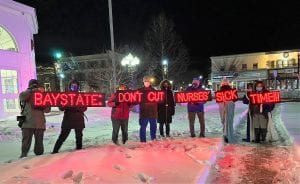 WESTFIELD – Eight Baystate Noble Hospital nurses representing their nurses’ union took to Park Square Green over the weekend to send a message that they are not happy with the current contract proposal.

Spokesperson Paul Dubin, a nurse at Noble Hospital for 33 years, said they have been working under a contract that expired last March and have spent much of 2020 negotiating a new contract while caring for patients.

Dubin said their 19th negotiation session is slated for early 2021. The most recent proposal was rejected by the nurse’s union for several reasons, including a loss in time off.

Dubin said Baystate has a Paid Time Off benefit, which lumps together vacation, sick and personal time. Noble has not had that style benefit and Dubin said the switch proposed would take away earned sick time from nurses.

Dubin said the nurses’ needs are not being met in the contract proposals thus far and he hopes they get a “serious proposal” in January.

Dubin said he has done nurse contract negotiations for three decades and this has been the longest.

The reduction in sick time would be “quite a loss” for most nurses. He said they have been working around the clock throughout the pandemic and many will be getting vaccinated this week so they can continue to work and care for others. He said they have not been treated with care. “We want the ‘heartfelt thanks’ we’ve seen on TV commercials,” he said. “We all want a fair and equitable contract.”

Baystate released the following statement in response to the standout:

“Baystate Health is committed to outstanding benefits to our employees. As part of our ongoing contract negotiations with the Massachusetts Nurses Association at Baystate Noble, we have proposed creating a combined ‘earned time’ program that offers staff maximum flexibility to use all paid time off. A similar program is in place for other Baystate Health employees.

“We are proud of our track record of support for employee health needs. For example, during COVID-19, we have paid any employee who required time off due to a positive COVID-19 diagnosis or COVID-19 symptoms pending test results. Nurses are not required to use sick time for these absences.”

Noble nurses met via zoom with State Sen. John C. Velis several weeks ago and Dubin said he hopes Velis will help them be heard.

“There are several elected officials paying attention,” said Dubin, adding that the community has been supportive of Baystate nurses.