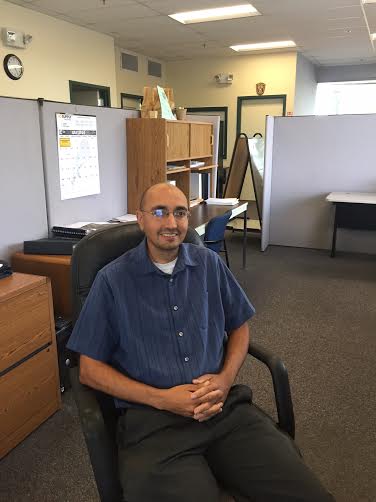 SOUTHWICK – Just after July 1, Southwick had a mandatory town water restriction put into effect. The restriction meant that residents would only be able to use their outdoor water once a week before 9 a.m. and after 5 p.m. The one day a week would be determined by living either on the North or South side as well as even and odd number properties.

As it has been about a month since the ban, time has been able to tell how the new restriction has put an effect on the community.

Brown said that the high majority of people have been following the mandatory ban but have reported on a small amount of people being first-time offenders. 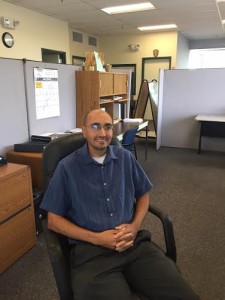 Southwick DPW Director Randy Brown sits in his office and discusses the progress being made with the water restriction in town. (Photo by Greg Fitzpatrick)

A big reason why Brown says he has found out about some people not obeying the restriction is based on hearing it from concerned citizens in the community. The DPW has received phone calls from people making note of others who either haven’t been complying with the ban or just simply haven’t been aware of what is going on.

“People are very interested in conserving water and keeping an eye out for their neighbors,” said Brown.

The first offense for not following the water restriction results in a written warning being sent to the residence. The second violation would be a fine of $50. Each subsequent violation after that would continue to be $50. The positive is that Brown said that there have been no repeat offenders at this time.

Being concerned for their neighbors proves to be certain, but the truth also does come out about Southwick residents wanting to conserve water.

According to Brown, before the water restriction was in effect, the town of Southwick was pumping anywhere from 1.8 to 2 million gallons per day.

Those extremely high numbers have been proven to change once the ban existed. The Southwick DPW Data System recorded that from July 7 thru July 16, the community used under 1 million gallons per day.

The number of gallons then did proceed to pick up past 1 million for a nine day stretch, but since then, have dropped down to a more healthier rate. As most recent as July 31, the people of Southwick used 696,000 gallons during that particular day.

“Our usage has cut down considerably,” said Brown.

With more communities in Western Massachusetts having mandatory water restrictions like Hadley, Northampton, and neighboring Westfield, it shows the important need for the community to come together and make the effort of reducing outdoor water use.

The many consecutive low-number days is a very positive sign for the town of Southwick, and time will continue to tell just how low those numbers can go with the support of the community.