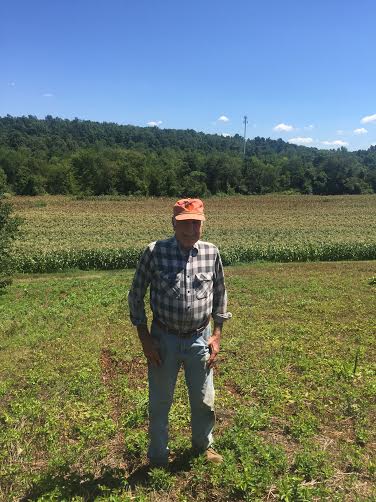 WESTFIELD – Whether it is fruit, vegetables, or flowers, many farms and gardens in the community have had to deal with the recent wrath of mother nature. 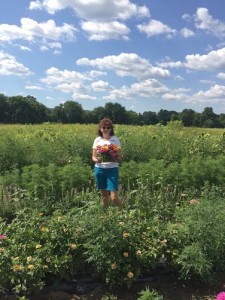 Dagmar Kelly, a regular customer at Yellow Stonehouse Farm poses in the open field at the farm with her flowers. (Photo by Greg Fitzpatrick)

The heat wave that has affected the Western Massachusetts area and was reaching upwards of 90 degrees, has made itself known to the farming and gardening communities. With the high temperatures and little rain becoming a constant, a drought has formed.

Despite the fact that most farms and gardens are always focused on being successful with their crops, they have now had to take some time to adjust with the continuous dry season.

Yellow Stonehouse Farm in Westfield has been preparing for issues like heat waves and droughts to occur as they have been irrigating since May. Yellow Stonehouse also uses the nearby brickyard brook as a water source.

Although farms like Yellow Stonehouse have put in the proper preparation for possible problems arising during the summer, sometimes no kind of preparation can fully stop heat waves and droughts from becoming a powerful effect on farms.

“It slows everything down,” said co-owner of Yellow Stonehouse, Connie Adams. “Once it rained everything just dropped.”

As Yellow Stonehouse prides itself on providing certified organic produce to customers, constant irrigation is crucial. Adams as well as co-owner John Keilsh, noted that every specific spot of the farm is irrigated once a week and irrigation is done five times a week in total. 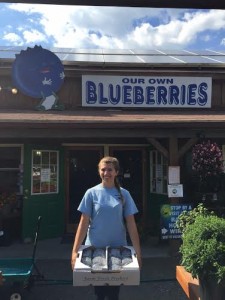 Kosinski Farms employee Elisa Kosinski is holding a box of their blueberries. (Photo by Greg Fitzpatrick)

Less than a half mile away from Yellow Stonehouse, on Russellville Rd, Kosinski Farms has had their own way of dealing with the sudden heat wave and drought.

Being that their top crops during the summer season are blueberries and corn, Kosinski has closely irrigated those crops as well as irrigating 50% of their vegetables.

Sometimes the unfortunate part of heat waves and droughts is that certain crops may be affected more than others.

“You pick and choose what crop is worth surviving,” said owner Sue Kosinski. “Some things are bound to be sacrificed.”

The dry heat has also affected garden centers like Westfield Home & Garden. Assistant Manager Peter Rizzo said that they hand water the majority of the area. They do also use a sprinkler system that covers part of the nursery.

The recent rain has helped Westfield Home & Garden, but Rizzo stated that there becomes a problem when most of the flowers are in pots.

“It (the rain) can only soak up so much moisture,” said Rizzo. 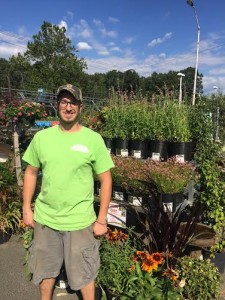 Westfield Home & Garden Assistant Manager Peter Rizzo poses near the many flowers they have had on display all summer. (Photo by Greg Fitzpatrick)

In the neighboring town of Southwick, Pumpkin Harvest farm has had to deal with losing some of its most crucial crop. Owner Stan Brzoska has felt that the dry heat has been so bad that he has lost half of his corn in the fields.

“It’s by far the driest year yet,” said Brzoska.

Pumpkin Valley usually has a local water source in the Great Brook to pump their water out of, but with the brook not being able to run properly, Brzoska hasn’t used much water at all for his crops. Besides corn, pumpkins become a major crop for Brzoska in the fall, especially when he does hayrides.

As summer isn’t too far away from its end, local farms and gardens will make the attempt to continue to salvage their crops. Whether the rest of summer brings extreme heat or much-needed downpours, the farming community will simply have to deal with mother nature.