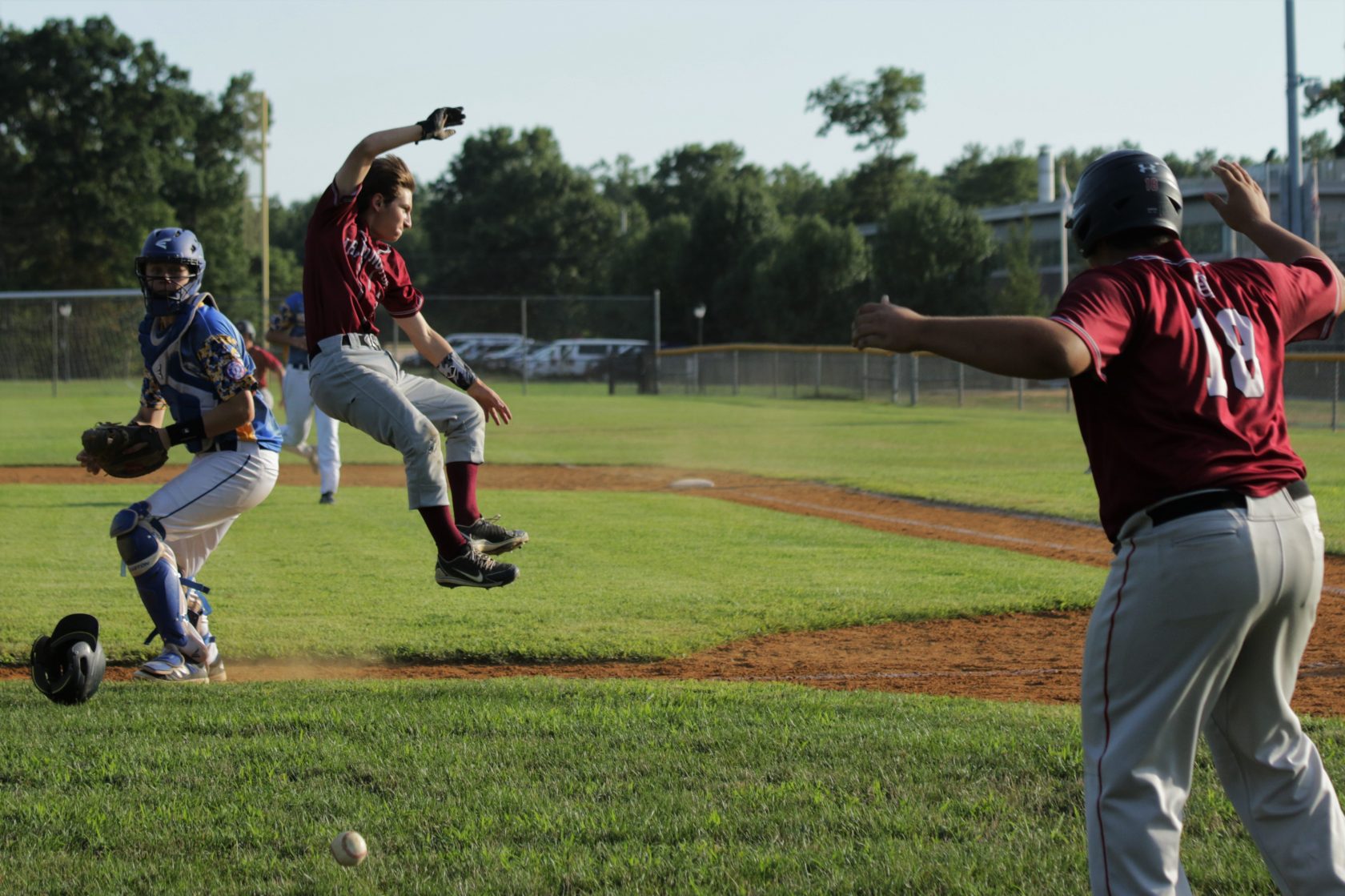 WESTFIELD – The final pieces of the puzzle are now in place.
Arlington rode the strong arm of starting pitcher Brendan Jones to the tune of a 3-0 victory over Newtown (Conn.) in a play-in game at Westfield State University’s Bud and Jim Hagan Field. The win cemented their place in next week’s Babe Ruth Baseball 14 Year-Old World Series at Bullens Field.
“We knew it was going to be a tight game,” said Arlington manager Tom Ahern, whose team lost to Newtown in regional pool play a year ago, 5-0. “They have great pitching, great catching. They’re just a solid team 1-9. We wanted to make sure to keep it close.”
The game could not have been any closer for 5 2-3 innings as Arlington and Newtown played to a scoreless tie. 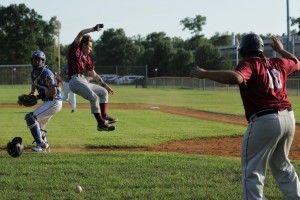 Both teams managed to put a runner on base in each of the first two innings, but the pitchers prevailed.
Arlington lead-off batter Sam Theodore reached on a single, but Newtown pitcher Dan Mason retired the next three batters 1-2-3, two by way of strikeout. Newtown’s clean-up batter Todd Petersan walked with two outs before Jones struck out his second batter of the inning to end the threat.
In the second inning, Tim Mazzei drew a lead-off walk for Arlington. Mason responded by forcing two groundouts sandwiched around a “K”. Trevor Tyrell led off the bottom half of the inning with a sharp single to left field. Jones fired back with a strikeout, and the defense turned a line drive out into a 6-3 double play.
In the third, Tim Shaw led off with a walk. Mason retired the next three batters. Jones followed with three straight outs.
In the top of the fourth, Arlington went down 1-2-3. Mark Leonardi walked to begin the bottom half of the inning but Jones took down the next three batters to keep it scoreless.
Arlington threatened in the fifth. Caden Fitzpatrick hit a ball that just cleared the head of the Newtown center fielder, resulting in a double. A sac-bunt from Spencer Friedman moved Fitzpatrick over to third base. A failed suicide squeeze attempt resulted in a successful run down between third and home plate. Mason came back to strike out the next batter to end the threat.
In the bottom half of the fifth, Tyrell walked but was thrown out by Arlington catcher Anthony Messuri. A Brian Vanderhen two-out single was wasted when Jones struck out the next batter to end the inning.
The sixth inning proved fortuitous to Arlington as the visitor rallied with two outs.
Theodore drove a two-out double to center field. Two straight batters were hit by pitch, loading the bases. Tyler Callahan followed with a two-run hit to crack the goose eggs on the scoreboard. Mazzei tacked on an insurance run with an RBI single.
Jones continued to shine on the mound, striking out his seventh batter in another 1-2-3 frame.
Callahan came on to close out the seventh. He allowed one hit to Petersan, one walk to Tyrell, and struck out one batter for the final out of the game.
Notes: The play-in game involving Arlington and Newtown (Conn.) was the result of some controversy in the New England regionals resulting from alleged unsportsmanlike play and unfair rulings. Protests were filed, allowing the tournament champion, Tri Town, to represent the New England region in the World Series, and two single-elimination play-in games were created to allow two additional teams the opportunity to qualify … “It left a sour taste in our mouths,” Arlington manager Tom Ahern said. “We are just glad Babe Ruth National gave us a second chance.”
For a complete look at our Babe Ruth Baseball 14-Year-Old World Series photo gallery, visit us at https://thewestfieldnews.smugmug.com/Other-2/2016/2016-World-Series.