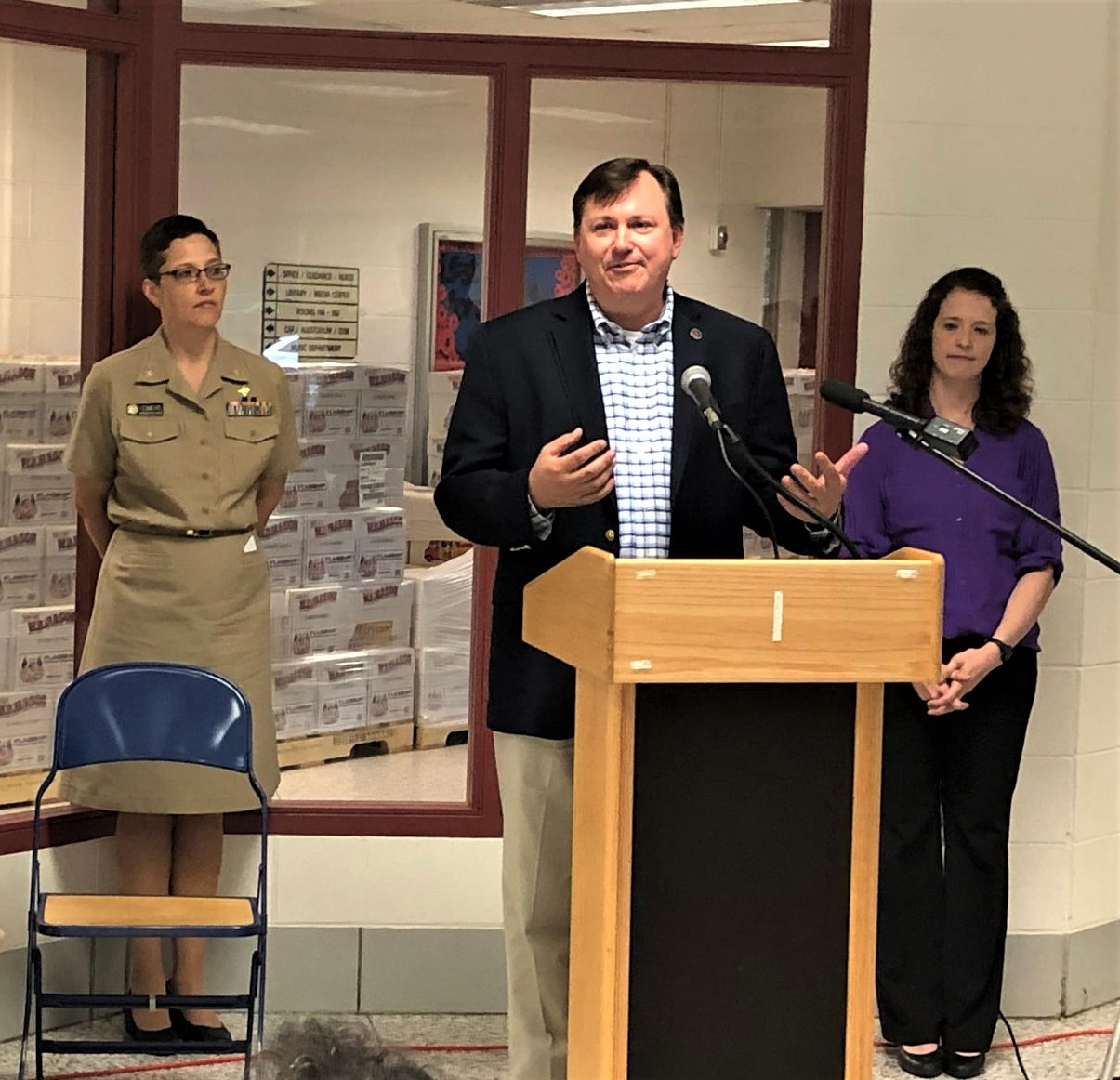 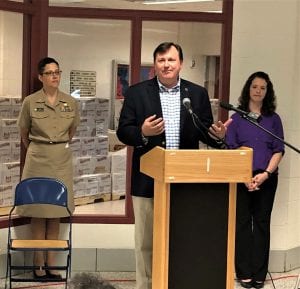 WESTFIELD- Representatives from the Agency for Toxic Substances and Disease Registry (ATSDR) hosted a “virtual office hour” Dec. 3 to give an update in the process on their Per- and polyfluoroalkyl substances (PFAS) Exposure Assessment in Westfield.

Captains Tarah Somers and Peter Kowalski gave an update to the Westfield study.

Beginning in September, participants had given samples of their blood, urine, home tapwater, and dust in their home to be tested for their levels of PFAS contamination.

Kowalski said that the blood and urine samples are all being analyzed in a Center for Disease Control lab in Atlanta. Somers said that they had surpassed their goal in Westfield of getting 450 people to participate.

“This information can help us understand other possible sources of exposure of PFAS in community,” said Kowalski.

In addition to the samples, a survey was given in which the assessment participants were asked about their diet, what kind of water they drink, their work history, and other possible factors in one’s health.

Kowalski said that individual participants will receive a letter containing their personal results in the assessment in regards to the 12 most common PFAS chemicals. It will compare each individual’s tested levels with the national average.

Kowalski did make a point to note that he thinks Westfield’s drinking water is perfectly safe for consumption.

He said that the MassDEP guidelines are the stricter of the two, and that the EPA’s set limit is 70 Parts Per Trillion.

City Councilor-elect Kristen Mello, whose election campaign focused on Westfield’s exposure to PFAS and was in the virtual office hour, voiced her disagreement with Kowalski after it was over.

“Given the current federal climate on PFAS, it is no wonder that the ATSDR must state that the water being filtered is “safe” if it meets EPA and MassDEP guidelines,” said Mello, “Of course, if the water from wells 7 & 8 met state and federal guidelines, they would be online right now. Right? ‘Safe’ and ‘compliant’ are not synonyms.”

Westfield is the first of eight communities across the country undergoing an ATSDR assessment for PFAS contamination. The fieldwork for the first four communities has been completed.

Somers said that the next step in their Westfield assessment is for the lab tests to be completed, after which the results will be analyzed and compiled into a written report specific to Westfield. A full report containing data from all eight exposure assessments will later be published.

Kowalski and Somers also answered residents’ questions on different aspects of PFAS exposure. They explained the history of Westfield’s relationship with the group of substances.

Barnes Airport’s fire department began using  Aqueous Film Forming Foam (AFFF) in 1970. This foam was identified as the source of the Westfield well contamination of PFAS. Different systems within the air base itself were retrofitted to use non-AFFF fire suppression methods in the early 2000s. However, the base’s fire department did not cease its own use of AFFF until 2016. Kowalski noted that wells 7 and 8 were drilled and installed in 1978.

“We do not know at this time when wells 7 and 8 were contaminated with PFAS,” said Kowalski.

They also spoke about the possible health effects of long term exposure, which Kowalski made a point to note are not well understood.

He did say that there is an association between PFAS exposure and one’s lipid levels, birth weight, and some forms of cancer. Previous studies however did not show consistent findings across the board with any given health outcome.

He said that one could use a personal home water filter if they feel the need, but that no alternate source of water is recommended.

Somers and Kowalski noted that Umass Amherst’s School of Public Health has researchers that are interested in doing a separate study in which they would look at people who are exposed to PFAS and look at certain scan results.