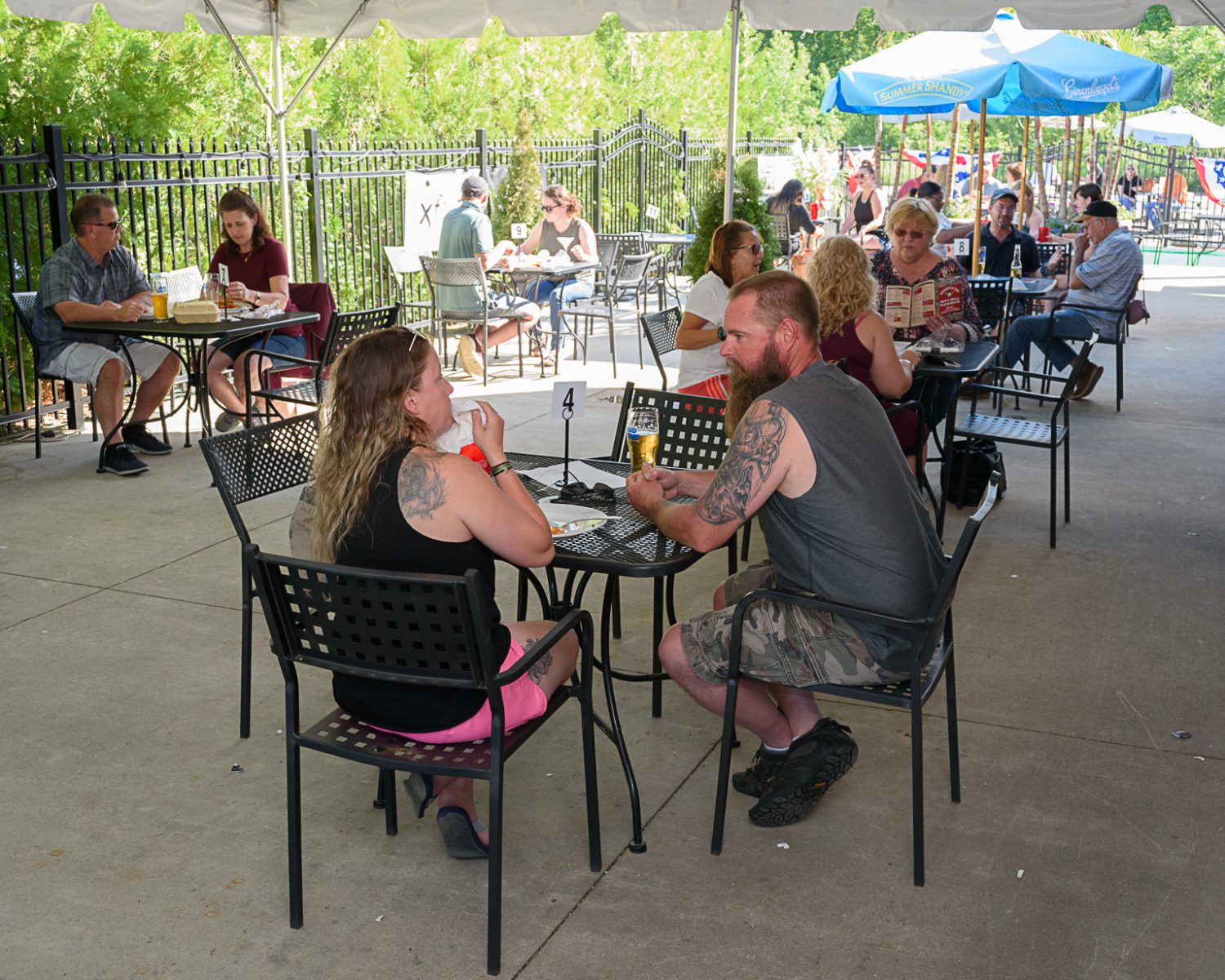 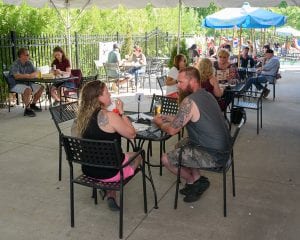 WESTFIELD – Phase 2 of Gov. Charlie Baker’s economic re-opening plans began early this week, and with those plans now allowing for outdoor dining, some Westfield restaurants appear ready to take full advantage.
Shortstop Bar & Grill opened its outdoor patio to much applause Monday. According to Shortstop owner Nabil Hannoush, the overwhelming response by patrons, especially for the first lunch crowd, was favorable.
“We were slammed,” Hannoush said regarding his diners. “People were so happy to sit outside and relax. It’s as if everybody is reborn again.”
Shortstop Bar & Grill is currently open daily for lunch and dinner from noon until 8 p.m.
According to the Shortstop Bar & Grill staff, tables will be placed seven feet away from each other in a sanitary environment outdoors under a tent. State guidelines suggest a spacing of at least six feet. 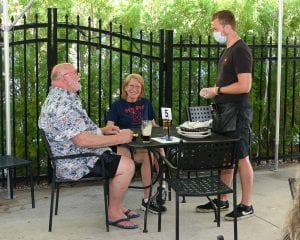 Patrons are required to wear a mask to enter the patio, as well as when walking about the facilities, but will not have to wear them while seated.
“We’re so excited,” Hannoush said. “Our Shortstop team is excited now that everyone is able to enjoy a nice meal and a drink.”
Under the new guidelines, parties are limited to six people. Reservations or call-ahead seating is encouraged.
As the spread of the coronavirus decreases, re-opening guidelines will allow for indoor dining with social distancing measures in place. Bar areas will remain closed for an extended period of time.
Shaker Farms Country Club also opened for outdoor dining Monday. Calls were made seeking comment from the country club, but were not returned by press time. Outdoor dining is available daily, beginning at 11:30 a.m.
The city of Westfield is in talks to extend licenses for restaurants and other establishments not previously approved to provide outdoor dining, allowing them to serve food and alcohol. That process has begun with area eateries, including, among others, Wings over Westfield, pizza shops, and Chinese food restaurants, according to city councilor Brent B. Bean II.