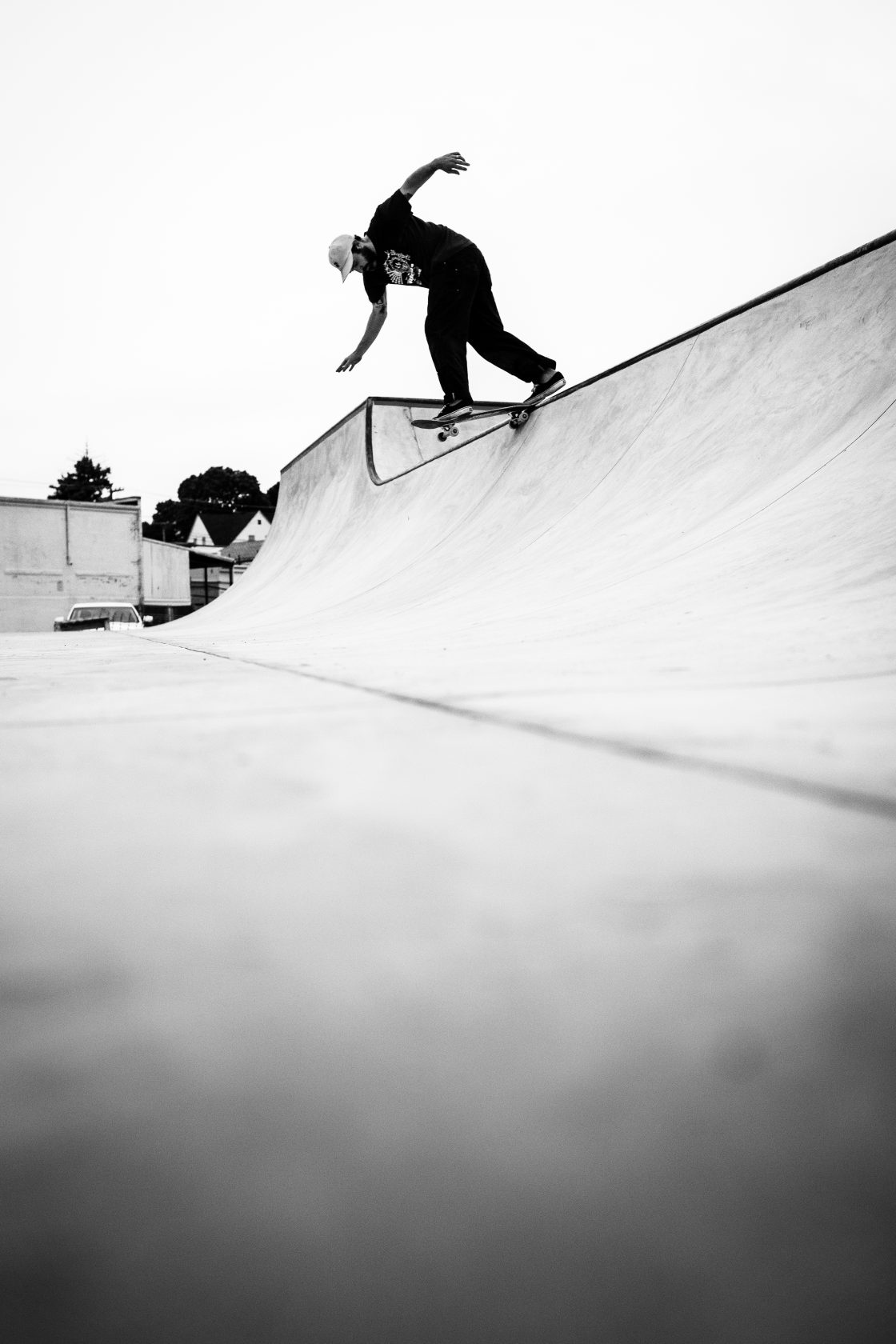 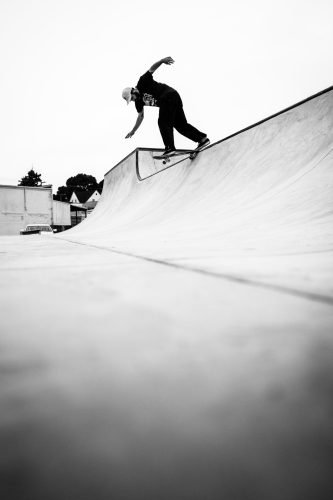 Jeff Burke doing a backside tail slide at the new skate park in Quincy, which was completed last year. Burke advocated to get the park redone, and served on the committee. (PHOTO BY ROB COLLINS)

WESTFIELD – Jeff Burke returned to the Parks & Recreation Commission June 14 to discuss the next steps in getting a new skateboard park built in Westfield.

Burke, a skateboarder and Westfield native who now lives in Quincy, had previously come before Parks & Rec. two times to discuss rebuilding or rehabilitating the existing skateboard park located in Amelia Park that is now 20 years old and, in his opinion, unsafe.

Burke said the first step is to find a location. He asked whether there are any impediments in taking down the current skateboard park and rebuilding it in its present location behind the Boys & Girls Club.

Scott Hathaway of Parks & Rec. agreed that it made sense to keep the park in the same location and said he would find out whether there are any potential problems.

Parks & Rec. Chair Michael Tirrell said the space was originally donated to the city by Al and Amelia Ferst for that purpose. “We’d love to rebuild it, and make it something that’s super safe for everybody,” Tirrell said, adding that Parks & Rec. would be willing to put in a plaque honoring the Fersts.

Burke said he has been involved in committees and fact finding in communities around the region that are in the middle of plans to build or rebuild skate parks in Greenfield, Easthampton, Turners Falls, Pittsfield, Brattleboro, and North Adams. He said he could provide information on design and other aspects of their projects with the commission.

Burke said there is already an ad hoc committee organizing in Westfield that includes himself, Tirrell and local skateboarders.

Hathaway asked Burke what would be the cost of rebuilding the park. He said Greenfield is putting in $300,000 in addition to several grants they are receiving, including a PARC grant. He said design services cost around $10,000.

“Conventional wisdom in Massachusetts is that $500,000 gets you a 10,000 square-foot skate park,” Burke said, adding that he thinks the Westfield park is 8,000 square feet, but isn’t sure.

Burke said he is also willing to work with Tirrell on getting a PARC grant. Hathaway said he would measure the space, and suggested they speak to Community Development Director Peter J. Miller about the project.

In other business, the Parks and Recreation Commission approved several requests for the use of city parks. Westfield High School boys basketball head coach Joshua Balestracci asked to use one of the basketball courts at the Municipal Park for a summer basketball league. He said they want outdoor space for players from WHS, Westfield Technical Academy, St. Mary’s and Southwick Regional School to have a chance to play off-season, and said they plan to try to keep them on their same teams, but will fill in if there are not enough players.

Commissioner Sara Unger asked if the teams would have adult coaches, and Balestracci said they would. In response to another question, he said they would be using one of the courts, one day a week June 21 to Aug. 9, 7:30 to 9:30 p.m. The motion to approve passed unanimously.

Pastor Gene and Kelly Pelkey of New Life Worship Center requested a permit to use the Chapman basketball courts for a tournament on Aug. 7 from 10 a.m. to 3 p.m., with a rain date of Aug. 14.
Kelly Pelkey said they anticipated about 50  participants, but wouldn’t know until registration. They will offer refreshments during the tournament.

Asked what is the purpose of the tournament, Pelkey said, “Just to have fun. We’re going to have prizes.” The motion passed unanimously.
Also approved was a request by Doug Cotton of Whip City Music to use Park Square Green on July 10 from noon to 6 p.m. for a free concert with five bands.

“The idea is we want to put on a nice event for the community. The bands will be students and teachers from Whip City Music and other local musicians,” Cotton said. He said four or five bands would use the South End stage, with a few acoustic acts at the Pavilion.

Cotton said they’re not putting out advertising, and won’t have vendors, food vendors, or alcohol. He said he anticipated that families and friends of the band members would come and go during the day, with about 50 to 100 people at any given time, and that Jay Pagluica will be running sound. He said he checked with the Chief of Police who didn’t think a security detail would be needed for that size event.

After the motion was approved, Commissioner Scott LaBombard asked what equipment would be run at the pavilion, and noted that there has been issues with amperage there lately. Cotton said it would be a small system, and if necessary, they would run power from the other end of the park.