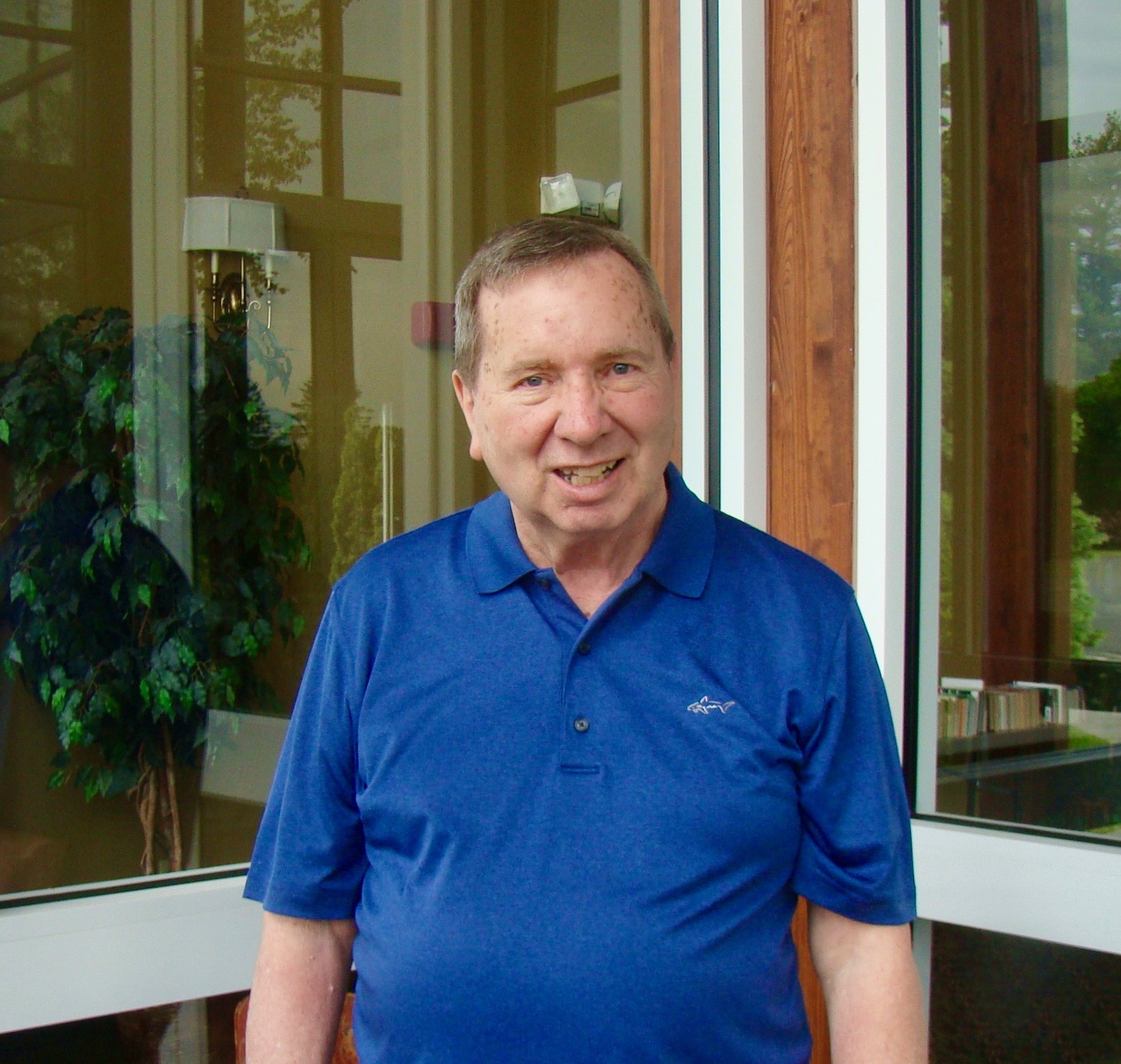 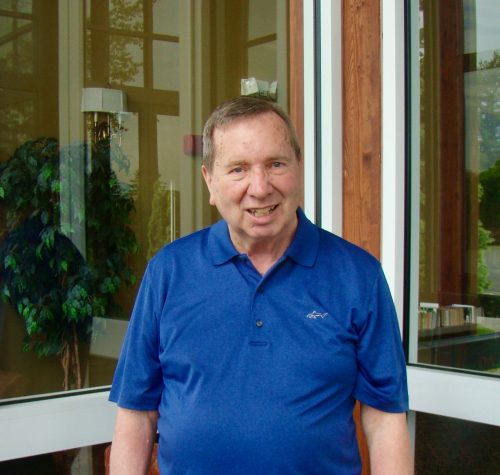 Pastor David Young will be retiring this summer after 40 years with the Evangelical Free Church. (AMY PORTER/THE WESTFIELD NEWS)

Originally from Mount Holly, New Jersey, Young was called to serve the church as its first pastor in 1980 by a few families who had begun meeting weekly for a time of prayer and Bible study in 1979. At the time, Young was serving a church in Lance, Pennsylvania, where he had met his wife, Lisa.

“I never intended to stay that long,” he said about moving up to Westfield. He said he told Lisa at the time that he would give the church three years to get it started. The next year, they started holding Sunday services on March 1, 1981 in the Westfield Woman’s Club, where they met for the next eight years. 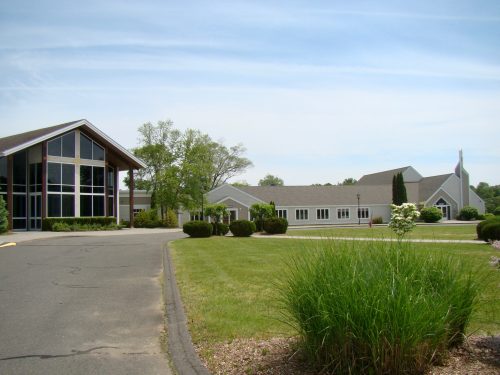 Subsequently, three more additions and four more acres were added to the location as the church grew. Young said the church has doubled in size over the last thirteen years. Asked how he survived all of the building programs, he said that he likes to say that pastoring the church has been like pastoring three or four different churches.

The most recent building, which is 18,786 square feet. includes a 625 seat sanctuary, a cafe and gathering space for fellowship after the service, classrooms, an administrative area, a rehearsal area and new restrooms, and cost approximately $3 million, according to church treasurer Pam Peters.

The new building was dedicated on March 25, 2007. Young said the church was able to pay off the mortgage during the middle of the pandemic, after just 13 years. “I’m so grateful for that. There have been many, many, many blessings,” he said.

Young said membership of the church is 250, but the average attendance is 450. Currently there are three full-time pastors on staff in addition to Young. They are Dave Cruse, who started in 2008, Jeff Jones since 2013, and Dave Weaver since 2015. Peters, the part-time secretary/treasurer, has been with the church for 25 years. Also on staff are Cheryl St. Onge, part time children’s ministry director, and Chris Burke, part-time facilities manager. 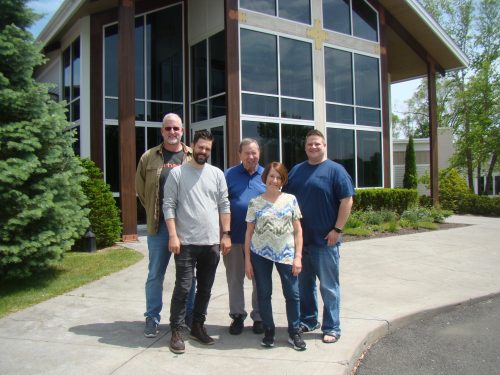 The church grounds have also housed the start of other churches in the area. The Russian Baptist Church first started meeting there. Currently, the Nepali congregation meets in the old sanctuary, which is also a youth group space. 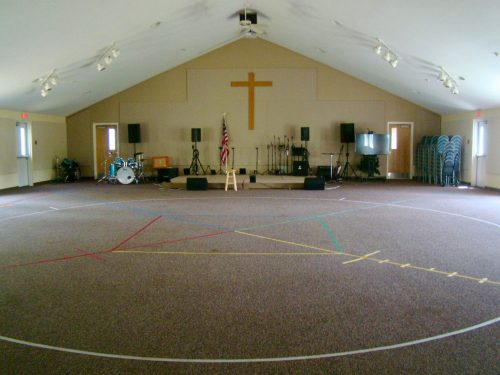 A Nepalese congregation now meets in the original church sanctuary, which is also an area for youth. (AMY PORTER/THE WESTFIELD NEWS)

Asked what some of the highlights of his ministry have been, Young said, “We’re still here. A lot of other churches in the last 40 years have come and gone,” he said. “We’re still here, touching lives.”

Young also talked about the many mission teams the church has sent out around the world, naming China, Kenya, and Mexico. He said he has gone on 10 of the mission trips.

The Evangelical Free Church never closed during the pandemic, “We never did shut down, we just changed,” Young said, going from one service in the 600-seat sanctuary to two services, at 9 and 10:30 a.m., in order to follow all of the COVID-19 social distancing guidelines which only permitted 25% attendance.

Young also posted weekly sermons online. Recently, he received an email from someone he had never met, who talked about how much his online sermons had meant to them during the past year. The writer said while they may never meet in this life, they would one day in the next. Young said letters like that make it all worthwhile. 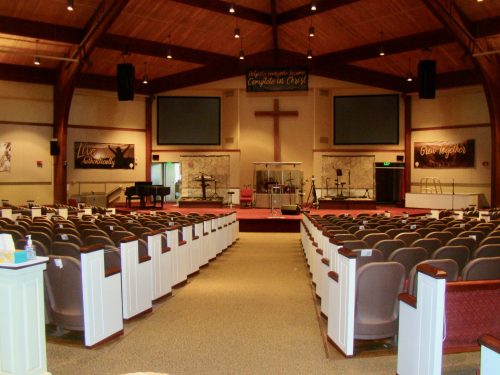 On June 6, there will once again be one service at 10 a.m. to celebrate the end of restrictions. There will also be a 40-year celebration service the evening before on June 5, to honor Pastor David and Lisa Young’s 40 years of ministry. The celebration will begin with an outdoor reception and meal from 5 to 6:30 p.m. that will be followed by an indoor program from 6:30 to 8 p.m. The meal is by reservation only, but anyone is welcome to attend the celebration and no ticket is needed, Peters said.

Young’s last service will be on Aug. 1, when the new pastor, Jesse Kahler, arrives from Ohio. After that, Young and his wife plan to retire to Iowa, where their daughter and grandchildren live.

“It’s going to be hard to say goodbye,” Young said, but described Kahler as “a good man; younger, which is what the church needs. He is very personable, which will make it easy to accept him.”

“There have been so many changes. I’ve been blessed to lead the church through those stages,” Young said, adding, “All the lives we’ve touched over the years. When we came here, we didn’t know anybody. To think 40 years later, of how many families and friends…”