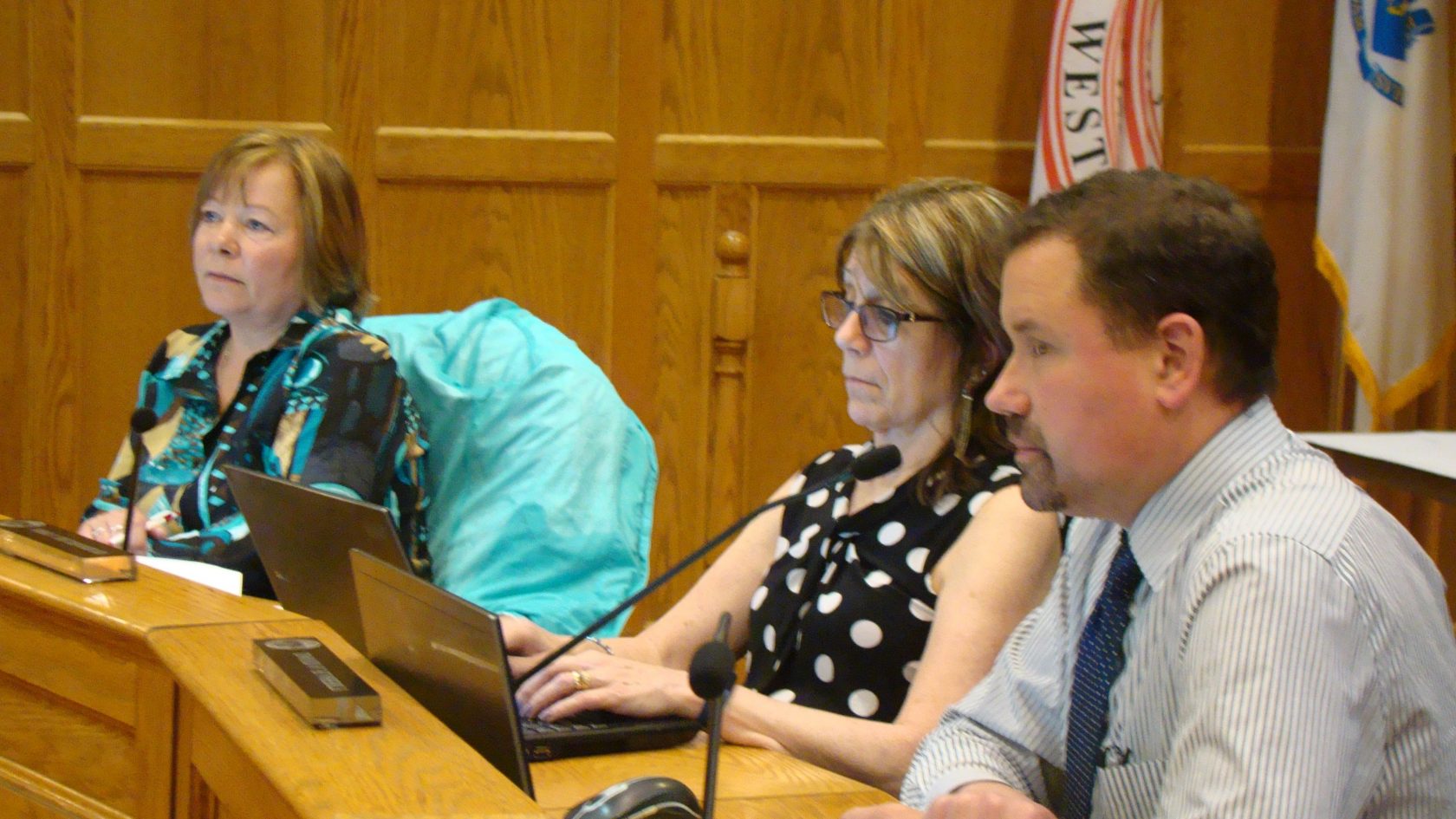 WESTFIELD –  A June 2 Planning Board hearing for a site permit for a marijuana retail, cultivation and processing building and greenhouse to be located at Medeiros Way in Westfield in an Industrial A zone, where it is allowed by-right, was continued to June 15.

Going over the specs of the project, Reynolds said it encompasses a 33,000 square-foot. building and a 10,000 square-foot greenhouse, plus required parking, associated utilities and a stormwater management system. He said they are planning 50 parking spaces, with handicap parking and will add the bike racks requested by the city planner. He said lighting will be in the parking areas only. The greenhouse will be fully fenced, and all waste processing ground and mixed with waste to render useless.

The engineer also described a planting plan which includes preserving the trees in front of the site, and adding plantings of trees and shrubs to all disturbed areas on the site. He said an infiltration basin has been engineered to organically enhance plantings. The main stormwater runoff will go to the infiltration basin, and the parking lot stormwater will be treated before going to the basin. The site will be served with city sewer, water and gas service.

A lot of the questions from the board were about odor control. Albert said there will be two scrubbers and filters per flowering room and in common spaces. He said they are also going above requirements to install air curtains in the doorways which will further contain order in the rooms.

Albert said the greenhouse will be using a proprietary odor control by FogCo, a misting turpine that mists the air with a chemical solution that binds to the scent molecule and renders it scentless. He said it’s a relatively new technique used in waste facilities, and is 98 percent effective. He said they are also proposing added carbon filtration.
Planning Board chair William Carellas asked whether Pioneer Valley Trading Company would be willing to accept a “no smell” condition, which Albert said they would.

Board member Cheryl Crowe asked whether they are planning for home delivery of the product. Albert said at this time, they are not proposing home delivery, but they might later on. They will provide pre-order and pickup services, he said.

On the question of security, Albert said there will be two separate systems, with cellular backup and battery backup. He said the police chief is currently reviewing the security documents, and they are awaiting a letter.

Albert said the operation will be for recreational marijuana, and 20 percent will be for wholesale production. “We have the cultivation, retail, a kitchen for making marijuana infused products and a laboratory – all four operations happening in the building along with the greenhouse. One stop shopping,” he said.

Crowe also asked about the shielding on the greenhouse, and whether it would light up the night sky. Albert described it as a light deprivation greenhouse with polycarbonate walls and a giant 360 degree curtain that will envelope the interior, and can turn it into nighttime even in the middle of the day in order to control the photoperiod of the plants. “There will not be any light – no light in, no light out,” Albert said.

City Planner Jay Vinskey said all the lighting, including building-mounted lighting will need to comply with the city ordinance. He also said the stormwater plan was recommended for approval.

“I understand they’re signing a no odor policy. We need to see what they’re doing instead of blindly accepting no odor,” said Planning Board member Bob Goyette during discussion.

Albert said they would send over their full schematic for FogCo and the scrubbers. He said the specs would include how much coverage of how many plants per unit.

Before continuation to June 15 was granted, Albert asked the board how they were feeling about the project, and no objections were voiced.