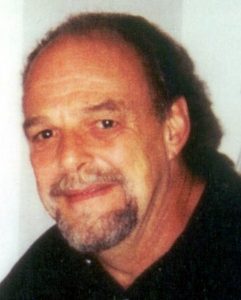 Peter M. Guerrette, 69, (1948-2017) passed away on Monday, October 23, 2017. Peter was born January 12, 1948 in Caribou, Maine to the late Henry and Emma (Cote) Guerrette. He graduated from Caribou High School in 1967. He was a hardworking man who loved spending time with his family, gardening, listening to music and enjoying the outdoors. Peter was in the U. S. Army and served in Vietnam. He also worked as a laser welder for Westinghouse for over 42 years. Peter leaves behind his wife of 39 years, Mary (Murray) Guerrette, his daughter Kristy Guerrette and her fiancé Chad Hawkins, his daughter-in-law Cynthia (Menard) Guerrette, his grandchildren, Colin, Sean and Aaron Guerrette, his brother Maynard Guerrette and his wife Sandi and his sister, Sr. Mona Guerrette. Peter was predeceased by his son Mark Guerrette, as well as his sister Theresa Heath and his brother Arnold Guerrette. Visiting hours will be held on Sunday from 1-3PM in the Firtion Adams FS, 76 Broad St. Westfield. Burial with Military Honors will be held on Monday at 3PM in the Massachusetts Veterans Memorial Cemetery, 1390 Main St. Agawam, MA. www.firtionadams.com