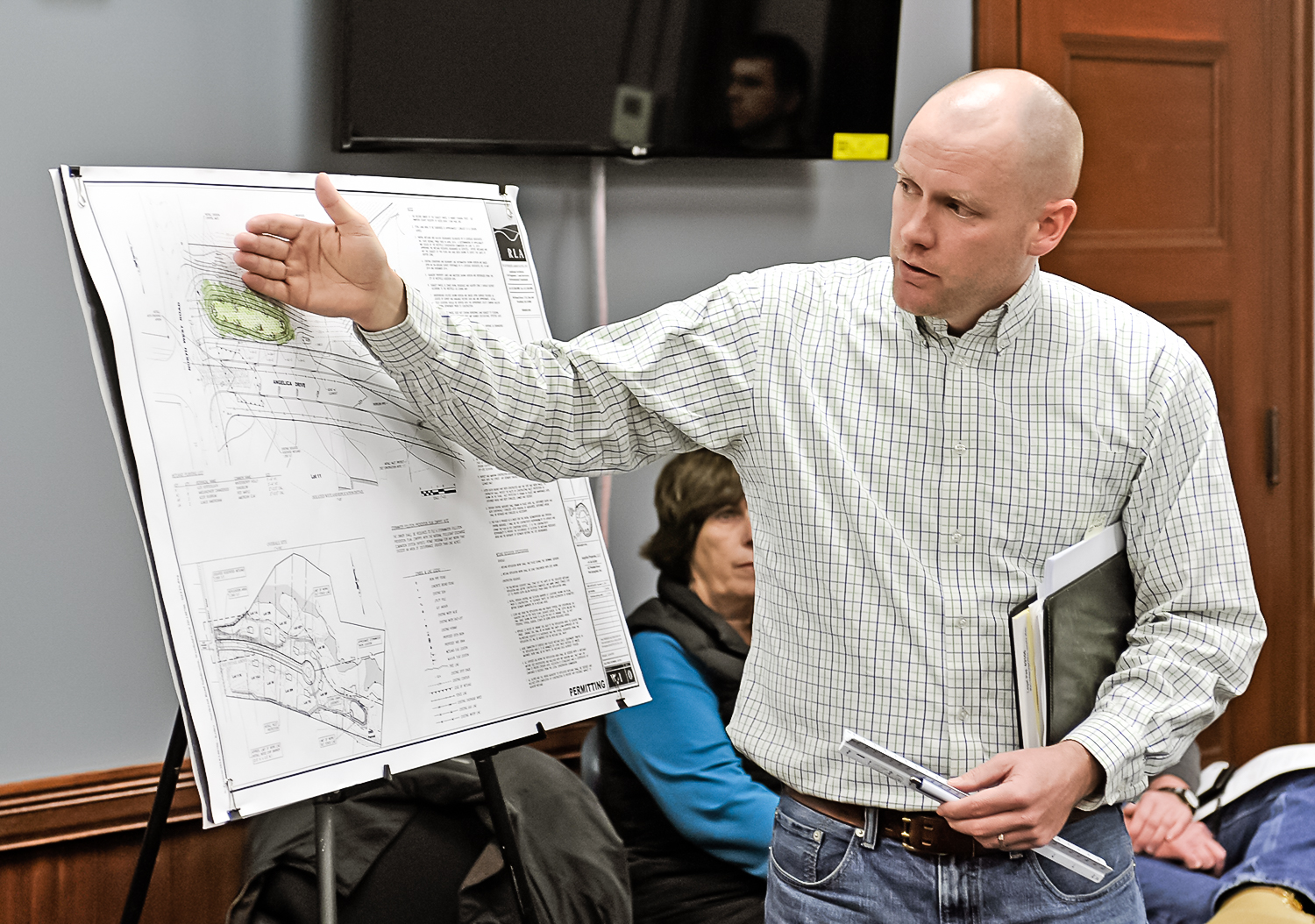 The site plan presented by Robert Levesque showed the layout of the proposed Carvana facility that would be built between Tannery Road, College Highway, and the rail trail.

SOUTHWICK- The Planning Board conducted a hearing May 25 to discuss the recently announced plan to bring a Carvana vehicle processing facility to Southwick.

Robert Levesque of R. Levesque Associates Inc. represented Carvana at the meeting. He presented the plan to the Planning Board and town officials in attendance. He reiterated to the board and the public that the proposed Carvana facility at 686 College Highway would not be a retail facility, meaning that additional traffic being brought to the area would be limited mainly to Carvana employees.

Carvana is a relatively new type of vehicle retailer through which one can purchase a personal vehicle online rather than having to physically go to a car dealership. When a customer orders the vehicle, it is driven off the lot by Carvana and brought to the buyer’s preferred destination.

Levesque showed a site plan of the project, which would be completed by Brinkman Constructors if it is approved.

Brinkman Constructors is seeking a special permit, site plan approval, a stormwater management permit, a wellhead protection permit, and an earth excavation permit from the Planning Board.

Levesque described how the facility would be run. There would be an area for vehicle storage, employee parking, shops for cleaning and detailing vehicles, and an outdoor area for the vehicles to sit when they are ready to be sold.

Levesque said that a strip of land that extends about 300 feet from College Highway will not be sold as part of the deal. He said another buyer is interested in purchasing the land in a separate transaction. The perimeter of the property will be completely fenced.

Levesque noted that the intersection of Tannery Road and College Highway should probably already have a traffic signal, and additional economic development in that area would only increase that need.

“We are cognizant that we will contribute at least a little traffic,” said Levesque, “Carvana and Brinkman Constructors are willing to provide a mitigation payment depending on the impact so that if the town wants to pursue a signal in the future, it can be done.”

Planning Board member Marcus Phelps said that a traffic impact study that was conducted because of the Carvana project found that it would add about 2,000 vehicle trips per day through that intersection. Access to the facility would be on Tannery Road.

Levesque said that the vast majority of those new vehicle trips will be conducted by employees. The facility is expected to create approximately 400 new jobs.

One resident expressed concern that the Carvana facility and its construction would impact the nearby rail trail. Levesque said that, at worst, there will be a day-and-a-half to a day during which the trail will be closed to foot traffic because of construction. Otherwise, he said, the trail would remain usable as it is now.

Levesque said that Carvana would ideally like construction to begin in July, but that it ultimately depends on how long the Planning Board needs to make a decision. The public hearing was ultimately continued to June 8 at 7:45 p.m..