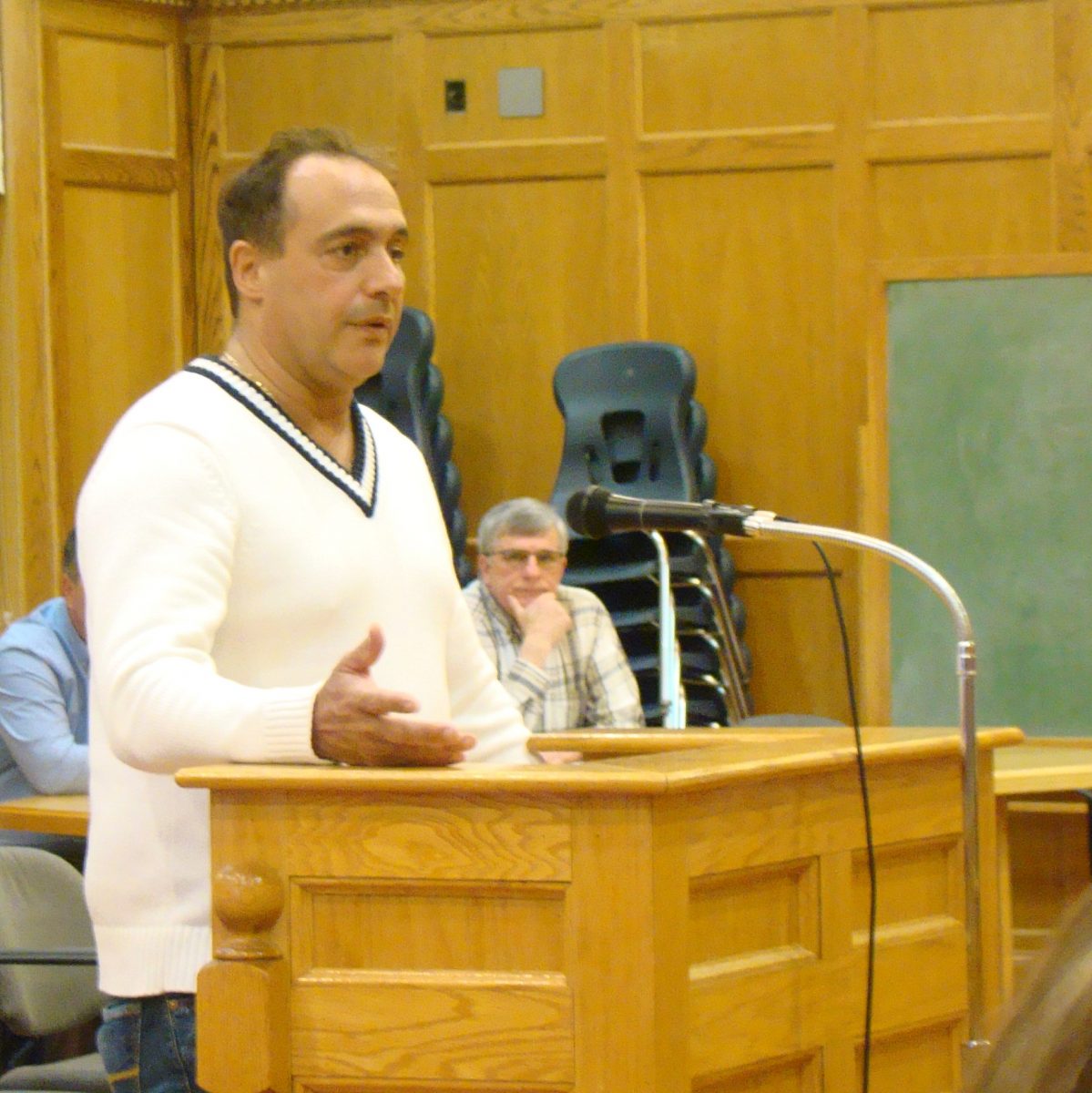 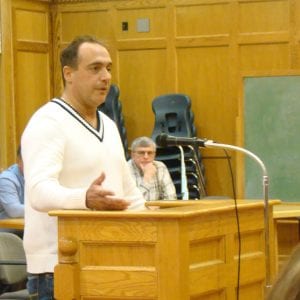 Mark Arena speak to the Planning Board about reopening the auto repair shop at 299 Union St. (Photo by Amy Porter)

WESTFIELD – Mark Arena came before the Planning Board on Tuesday for a special permit to open an auto repair shop at 233 Union St. Arena said he purchased the property to relocate his main business, A Signature Fence, and wanted to also reopen the auto repair shop, formerly Brookside Auto, that had been there since 1982. Arena said the auto repair will offer small engine repair, brakes, rotors, exhaust, tune-ups. He said due to its proximity to the water zone area, they would not offer oil changes.
City Planner Jay Vinskey said the business is not over the aquifer, which is located across the street.
When asked about disposal of hazardous materials, Arena said they would be transported out of the location.
Speaking on behalf of the proposal was Ward 2 Councilor William Onyski, who said that the business would be a benefit to the area. He also said the new traffic signals at the bottom of Springdale and Paper Mill would benefit the business.
Ward 4 Councilor Michael Burns said he has known Arena for a while, and he does his best for the community. “I support him,” Burns said.
When Planning Board member Jane Magarian asked about employees, Arena said he would have one mechanic working the auto repair shop, who had previously worked for Brookside Auto. He said there are six employees in the fencing company, and in addition he would hire someone to shuttle people who dropped off their cars.
Laura Arena said she would have project oversight, including of any contaminants in the auto repair shop. In response to a question regarding maintenance of the fence company vehicles, Arena said there would be no on-site oil changes. He said brake fluid would be reused.
Arena said the auto repair was there for 32 years, and had no environmental issues except for the storage of oil drums in the rear. He said elderly people, former customers, had been asking him where they would get their cars fixed, and he was looking to accommodate them. He said the fencing company would still be his “bread and butter.”
“I’m very adamant about keeping the place clean,” Arena said.
Board member Philip McEwan asked about cars that were unfixable or abandoned by customers, which he said almost always happens. Arena said cars left at the shop would be charged $150 per day until they were hauled away.
The Planning Board said the conditions on the Special Permit would be no oil changes, no storage of cars, no storage of parts, and hours of operation from 7 a.m. to 6 p.m. Monday through Saturday. The public hearing was closed, and the board voted unanimously to grant the special permit.