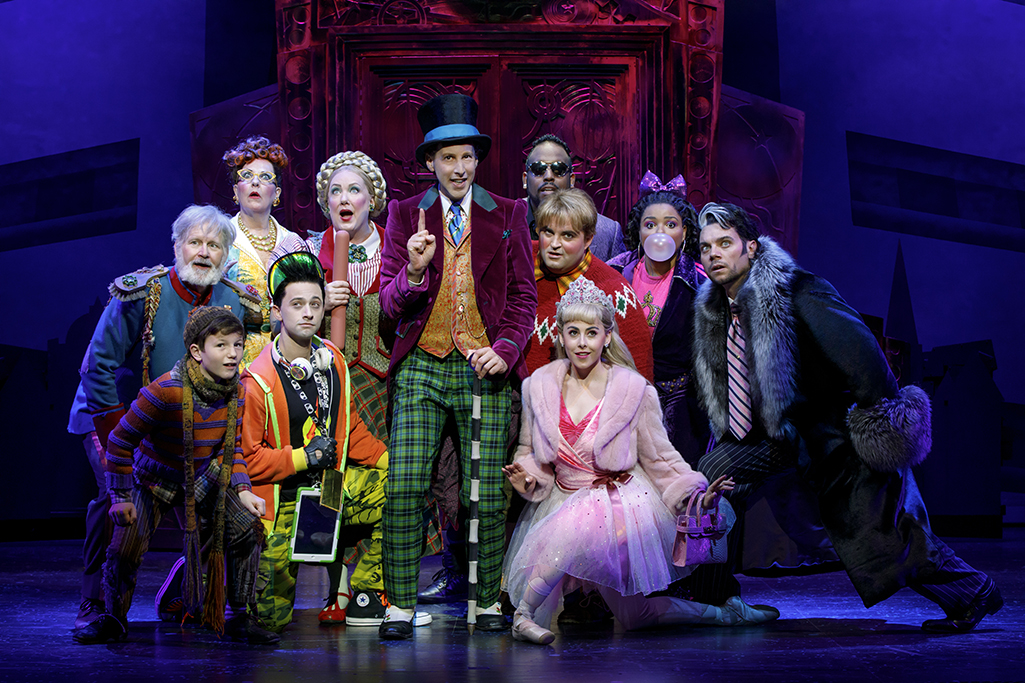 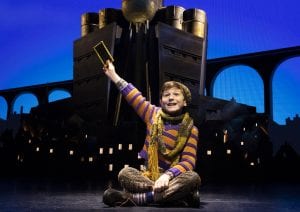 I’ve always been a fan of Roald Dahl’s Charlie and The Chocolate Factory, a story deliciously covered in chocolate. I read the book after seeing the now famous film version, Willie Wonka and The Chocolate Factory with Gene Wilder and those two Anthony Newley and Leslie Bricusse songs, now pop standards, “Pure Imagination” and “The Candy Man”, and I always thought that this movie had “Broadway musical” written all over it.

Someone must have heard my idea, and Charlie and The Chocolate Factory, a musical, opened in London in 2013. In 2017, it crossed the Atlantic, and I had put on the top of my “must see” list. The musical, with book by David Greig, a score by.Hairspray’s Marc Shaiman and Scott Wittman, staged by Broadway veteran Jack O’Brien. It featured choreography by Joshua Bergasse, the up-and-coming super talent who had choreographed Barrington Stage’s and later, Broadway’s On The Town, and it starred funny man Christian Borle, and in a supporting role, Berkshires born and raised actor Michael Wartella 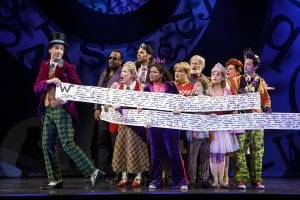 The Company. Roald Dahl’s Charlie and The Chocolate Factory. Photo by Joan Marcus

Unfortunately, the musical was poorly received and had a brief run. Its creators went back to the rawing board to fix and reimagine some of the production’s shortfalls, and the newly revamped Charlie and The Chocolate Factory is on tour, playing Hartford’s Bushnell this week.

The touring production at The Bushnell through Sunday is engaging, and much better than the word-of-mouth coming from those who saw it on Broadway. Mark Thompson’s sets and costumes are eye-catching, and Jeff Sugg’s projections are dazzling. Joshua Bergasse’s choreography, particularly for the Oompa Loompas is superb. “Venica’s Nutcracker Sweet”, danced by Jessica Cohen as a bratty Russian child ballerina and squirrels is, a the Candy Man states, “satisfying and delicious”. 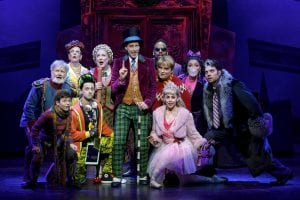 But, the Marc Shaiman and Scott Wittman score, David Greig’s book, and Jack O’Brien’s staging lacks the wow factor that so many other family fare offerings, from The Lion King to Wicked, have achieved at The Bushnell. Wisely, Charlie and The Chocolate Factory’s creatives included a couple of Anthony Newley’s and Leslie Bricusse’s songs from the film–”The Candy Man” and “Pure Imagination” are the best in the score.