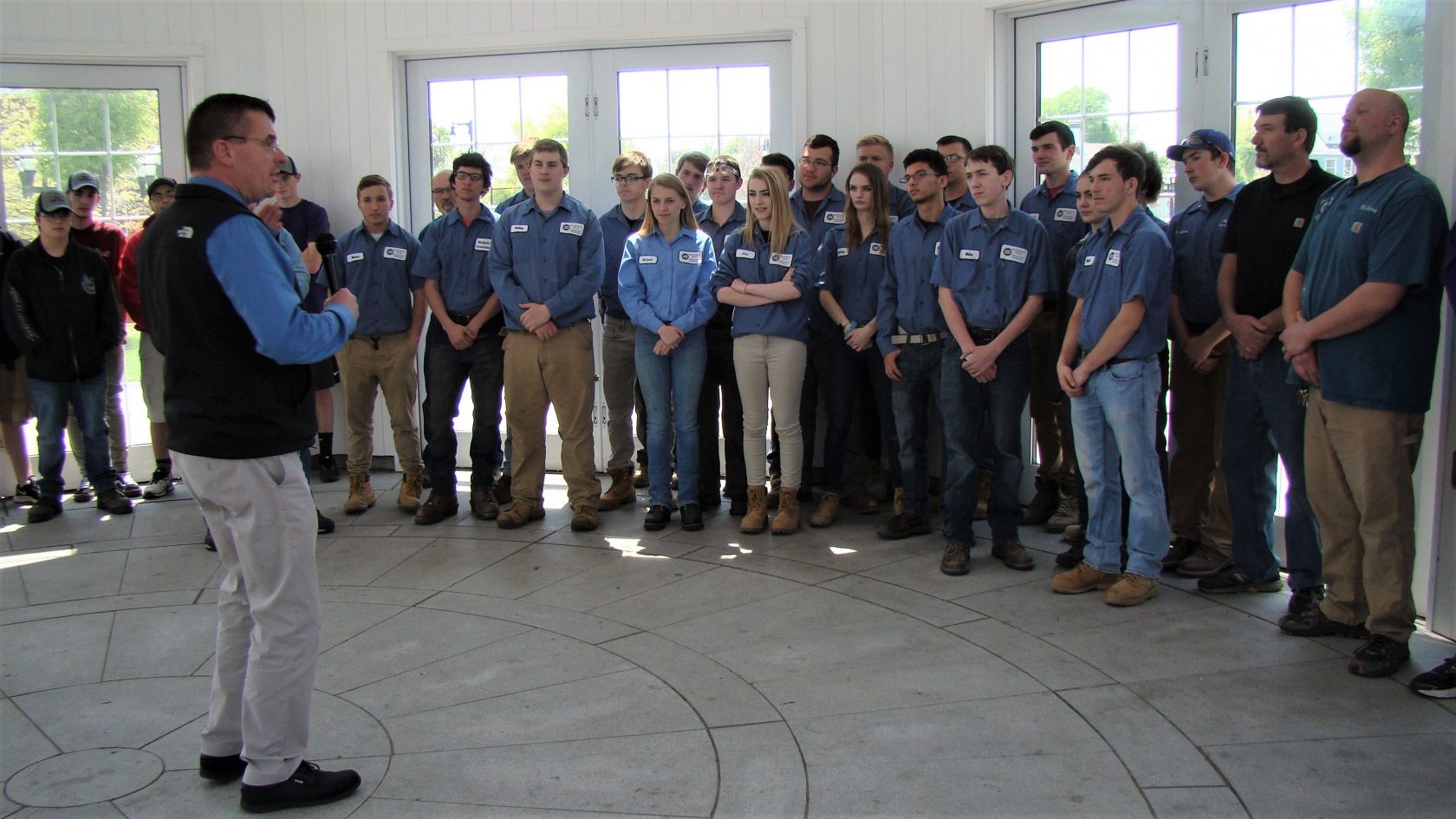 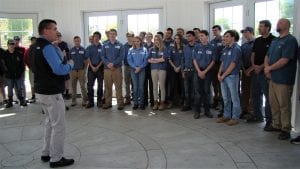 Superintendent Stefan Czaporowski speaks to students and staff from the Construction and Electrical Wiring shops at the Pavilion dedication. (Photo by Amy Porter)

WESTFIELD – On Thursday, a short ceremony dedicating the pavilion on Park Square Green to the Westfield Technical Academy’s Construction Tech and Electrical Wiring students who built it was held.
Although many of the students being honored have graduated, current students in those shops came to the dedication with their teachers. Superintendent Stefan Czaporowski said the project was proposed to the school in 2011 by then-Mayor Daniel Knapik when he was principal of Westfield Technical Academy, and was completed in the fall of 2017 under Mayor Brian P. Sullivan.
Czaporowski said it was a difficult job that took many years, even having students putting the roof on in 32 degree weather. “It’s a great testament to the work and skill of the electrical and construction students. What your shops did, everyone can be proud of. It’s very special for me, as superintendent and principal,” Czaporowski said.
Sullivan said that now under the Channel 22 camera fixed on Park Square Green, “Everybody sees it every day. It’s a central piece of downtown Westfield.”
Sullivan told the students that they can be proud of the projects they’ve done for the city, to which they gave their heart and soul. “This one is going to be here for a while,” he said.
“We’ve been talking about it for quite some time, to officially dedicate the pavilion to the students, so they can have some recognition,” Sullivan said after the ceremony. “It’s the least we can do for the students who give back to the community all the time. It’s quite a thing of pride,” he added. 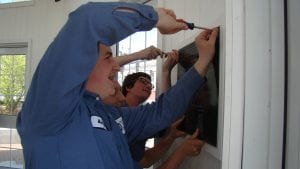 “It’s great to see the students recognized for the contribution they made to the city. I can’t say enough about how proud I am of our students and the work they do. This is one example of that,” said Matthew Gomes, Construction Tech department head.
“It was a very good learning experience for the students; real world experience,” said Gary Martineau, Electrical Wiring department head. “It needs to be up there. The children should be recognized for what they did,” Martineau added about the plaque.
WTA Principal Joseph Langone said he designed the brass plaque, which was created by the Awards Company in Springfield. It was installed at the ceremony by Construction Tech students on a wall inside the pavilion. 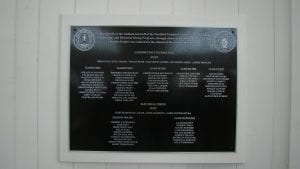